A rare sighting of the elusive Gila monster

I heard my husband yell, "Look at that!"

I turned and looked toward where he was pointing and saw a 2-foot, yellow-and-black reptile slowly crawling across the ground to the right of me. I gasped at how large it was — and because I'd never seen one and had no idea what it was. 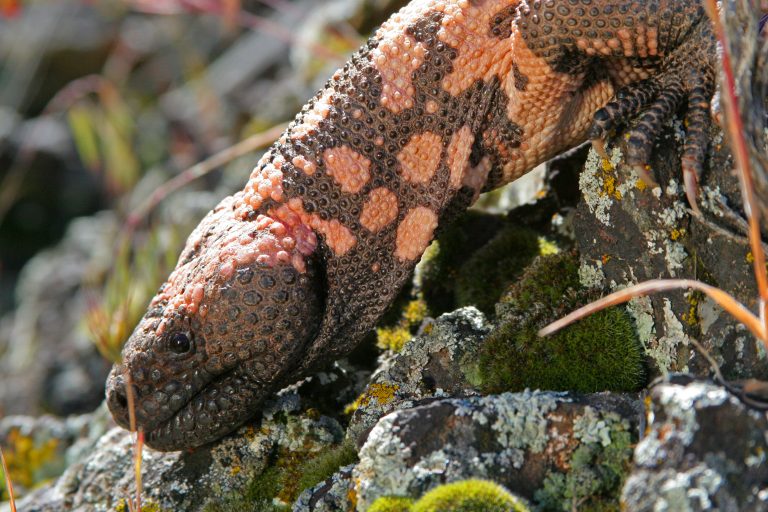 I didn't know that I was snapping pictures of one of only two venomous lizard species in North America.

I didn't know that I was snapping pictures of one of only two venomous lizard species in North America.

I snapped several photos and continued to watch the giant lizard (from a safe distance, of course.) The reptile continued walking slowly across the ground, its short stubby tail slowly wagging behind it, all the while completely unaware that it was drawing a small crowd of hikers. We all watched as it waddled between scattered brush and eventually made its way to a small outcropping of black lava rock, where it crawled underneath a shady overhang.

My husband and I continued along along the Butterfly Trail in Snow Canyon State Park, chatting excitedly about how awesome it was that we'd seen some cool wildlife during our hike. We eventually made our way to the lava tube caves at the end of the hike and then began our return trip.

We stopped along the trail in the spot where we'd originally seen the reptile, and sure enough, it was still sitting in the same spot, hiding under the small rocky ledge. We took some more pictures and pointed it out to some other hikers passing by.

After we got home, I posted the photos on social media, completely unaware that what I had seen was in fact a Gila monster and that the sighting was quite rare. A Utah Division of Wildlife Resources employee who followed me on social media informed me how lucky I was since Gila monsters only spend 3 to 5 percent of their time above ground.

In honor of Wednesday's signing of HB144, a bill naming the Gila monster as the official Utah State reptile, here are some facts about the species:

Gila monsters are primarily located in west-central Arizona, but are also native to southwestern Utah, Nevada, New Mexico and parts of California. The Gila River in New Mexico is the namesake for the species. 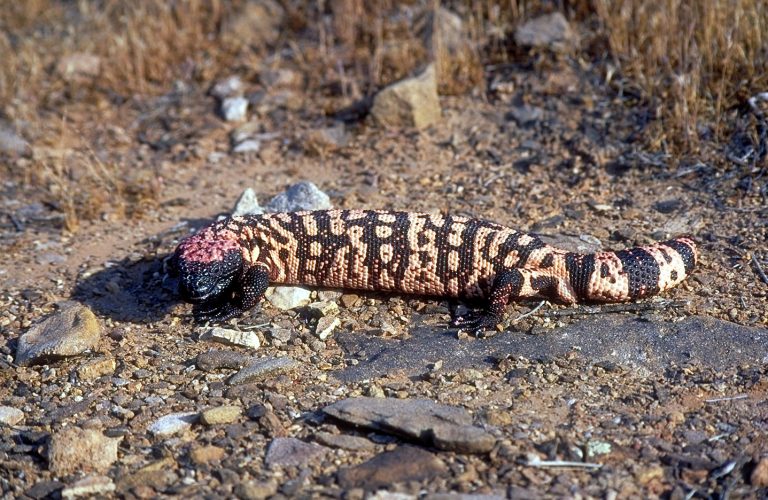 Snow Canyon State Park, designated trails in the Red Cliffs Reserve and the BLM Red Cliffs recreation area are the most likely places to see a Gila monster in Utah. People are most likely to see them during the day in April and May, but they may also be seen through June, July and August, especially on warm summer nights.

The large, heavy-bodied lizards primarily eat tortoise and bird eggs, as well as baby cottontail rabbits and other small mammals that can't move quickly. Gila monsters can eat up to 33 percent of their body weight in a single meal, causing them to only eat three or four times a year. As a result, they spend 95 percent of their time out of sight in burrows and below ground while their food digests.

Gila monsters typically live up to 25 years, and some in captivity have been recorded to live as long as 38 years. While they are not a federally endangered species, Gila monsters are protected in each of the states where they live, and it is illegal to capture or move a Gila monster found in the wild.

The lizards can range in color from yellow with black bands to orange or pink with black bands. Gila monsters can't change their color during their lifetime, but generations of populations have changed color over time to better adapt and camouflage to their environment.

Gila monsters are one of two venomous lizard species in North America. However, because they are slow-moving and underground the majority of their life, they aren't a very large threat to people. No human deaths have been reported since the early 1930s when, according to folklore, an intoxicated pool-hall operator allegedly died after poking his thumb into the mouth of a Gila monster. But, Utah Division of Wildlife officials said the claim was never confirmed. 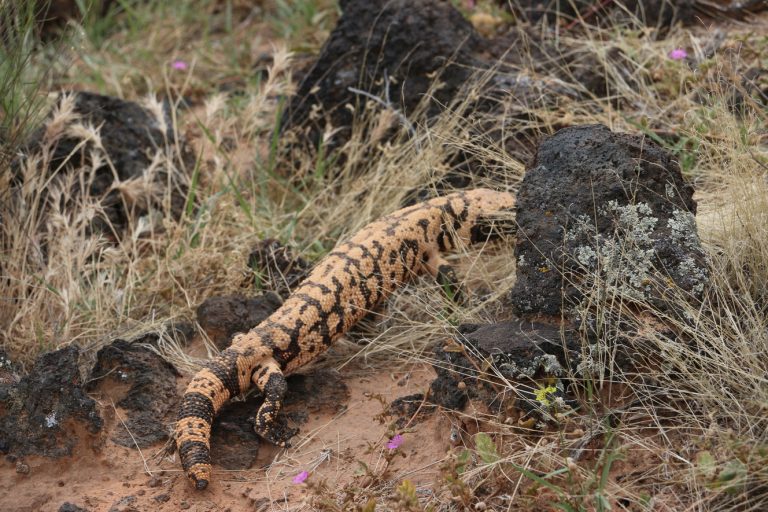 These large, slow-moving lizards are venomous, but spend most of their lives underground.

These large, slow-moving lizards are venomous, but spend most of their lives underground.

While fatal in large doses, the venom also has some remarkable medicinal properties. Researchers in the 1980s captured a Gila monster and made some amazing discoveries when they extracted its venom. A peptide called exendin-4 was discovered from Gila monster venom samples that originated in southwestern Utah. It has now become a leading new drug for treating Type 2 diabetes. The drug, now known as Exenatide, can be synthesized in a laboratory and it's no longer necessary to extract exendin-4 from Gila monsters.

If you do get lucky enough to see a Gila monster in the wild, do not attempt to grab or touch one. They are slow-moving animals and are harmless when left alone.

Bites are very rare and are usually the result of harassing the reptile. If you do happen to be bitten by a Gila monster, here's what to do:

Because sightings of the reptiles are so rare, people should report when and where they see Gila monsters to DWR. People can email photos and descriptions of where they saw a Gila monster to DWR biologist Ann McLuckie at This email address is being protected from spambots. You need JavaScript enabled to view it. or they can report the sighting by calling 435-879-8694.

Faith Heaton Jolley started working for the Utah Division of Wildlife Resources in 2019. She lives in Salt Lake City, but enjoys getting outside and often goes hiking, camping and traveling with her husband and daughter.