These ecosystem engineers can be a low-cost alternative to heavy equipment.

Many Utahns have experience with beavers. Unfortunately, much of that experience is less than desirable: beavers plugging up culverts, chewing down trees and flooding parking lots. The reality is that beavers can be a problem when they're stuck in the wrong places. The flipside is that beavers are very beneficial when they're in the right places.

The goal is to capture the entire colony (an extended family unit) and then release them at the same site.

The goal is to capture the entire colony (an extended family unit) and then release them at the same site.

There are several options available when beavers are causing conflicts.

Moving beavers is not as simple as it may sound. Despite the DWR's safeguards, animals can die during trapping, holding or transport. Transplanted beavers can make desperate attempts to return home or find a mate, invariably dying in the process. Beavers can be caught unaware by predators at their unfamiliar release site.

In the southern part of the state, the DWR is trying to help beavers get from areas where they're not wanted to areas where they are needed. But that's not all. Heather Talley, DWR Wildlife Recreation Programs Specialist and the region's head beaver wrangler, is trying to determine how successful those relocated beavers are.

DWR wildlife technicians trap beavers that are causing problems in local communities using Hancock or Koro traps: large, clamshell-shaped live traps that are strong enough to hold an angry beaver. The trappers keep working until there are no beavers left in the area. The goal is to capture the entire colony (an extended family unit) and then release them at the same site because research has shown doing so helps the beavers survive and prosper. 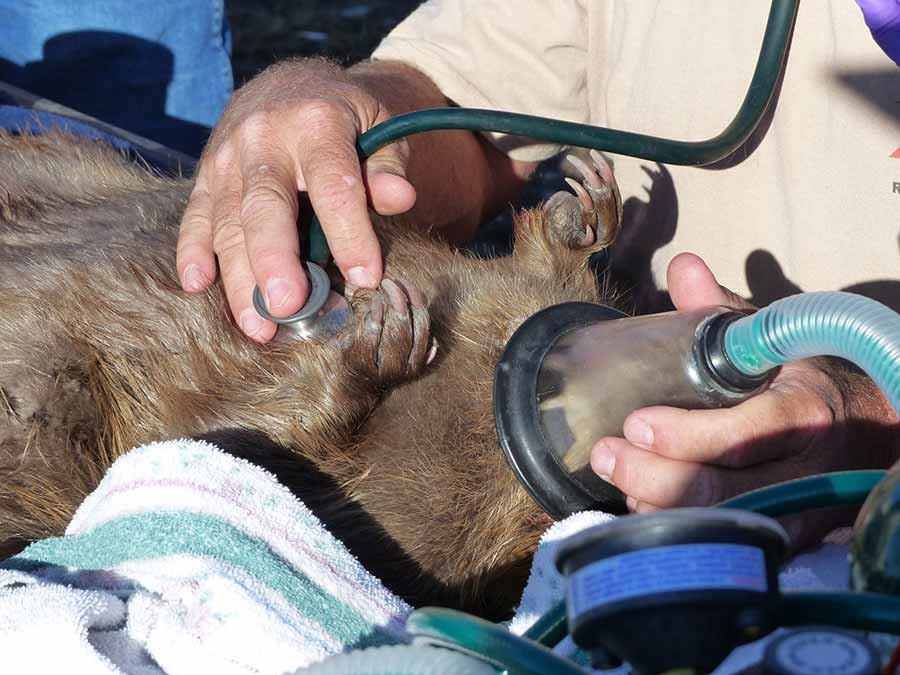 Biologists use a special drug combination to sedate the beavers for handling.

Biologists use a special drug combination to sedate the beavers for handling.

The beavers are then transported to the DWR's holding facility, where they undergo a period of decontamination — just like waders and boats, beavers can carry aquatic hitchhikers like whirling disease or exotic mussels. Yes, we wash and dry the beavers.

After their time in decon is over, wildlife veterinarian Annette Roug and DWR biologists like myself and Heather use a special drug combination to sedate the beavers for handling. They are allowed to fall asleep, then transferred to a table (carrying a totally relaxed beaver is a bit like holding a 30-pound sack of marbles) with several people hovering in wait. For a few minutes, the beaver disappears under the silhouettes of a half-dozen DWR staff, each of whom is working to get the animal processed quickly.

One person supplies the unconscious beaver with oxygen via a mask placed over its face. Another monitors the animal's vital signs such as heart rate and respiration, struggling to hear the quiet beat of a beaver's little heart over wind and cars and sometimes even aircraft. Body measurements are taken. The gums and paws are sampled for fungus, the fur is examined for ectoparasites (yes, we comb the beavers), and any pre-existing injuries are treated. 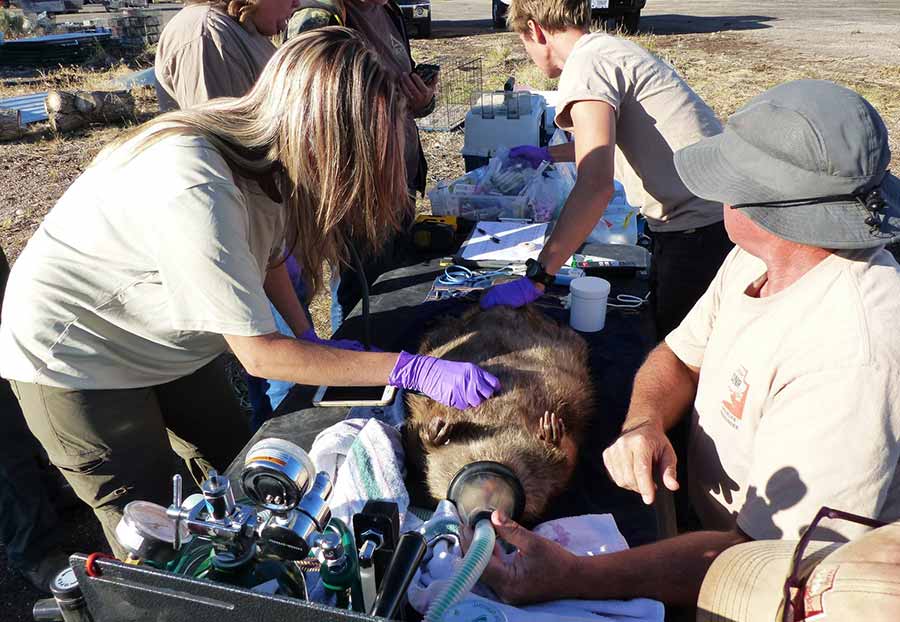 After they have been processed, DWR staff and volunteers transport the beavers to their new homes. If things go well, once they adjust to their new surroundings, beavers get to work.

It turns out, without houses and businesses and schools in the mix, the things beavers do are powerfully transformative — and potentially healing — to the environments in which they live. Their activities result in what we like to call 'heterogeneous aquatic habitat.' That means they create places where the water is shallow, as well as places where it is deep, and everything in between. That makes for a wide range of water temperatures. Felled trees in the water create places to live and hide. The dam traps sediments and cleans water. In the multichannel, braided waterways, some water moves faster and some moves slower. The substrate becomes more variable. All of this results in a greater diversity of fish and aquatic invertebrate species, in addition to helping struggling amphibian species like the boreal toad.

More fish and clean water is just the start. Beaver activity restores environmental resiliency by storing water, which is directly beneficial to both the land and the people who live there. Flooding areas behind the dam recharges groundwater and raises the water table. This aids plants like willow, aspen and cottonwood, creates wet meadows that benefit species like sage-grouse, and even helps keep crops green. The wetter landscape functions as a firebreak during wildfires. By changing the hydrology of the stream, beavers decrease erosion of streambanks and widen deeply incised creeks. Their dams and the newly-modified stream extend the seasonal release of water and mitigate downstream flooding. Beavers also change the streamside vegetation, increasing the diversity of bird species and small mammals in addition to creating habitat preferred by moose. 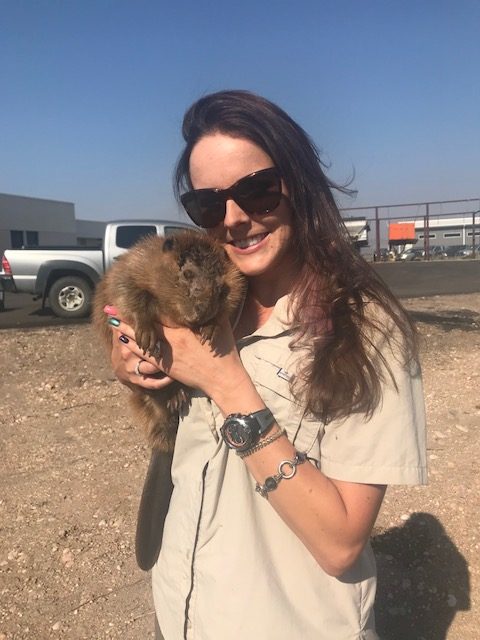 Biologist Heather Talley with a beaver kit ready to be relocated.

Biologist Heather Talley with a beaver kit ready to be relocated.

Heather and her crew have translocated 136 animals since the program started. These beavers, with an unspoken promise of industriousness, have been escorted to post-fire sites in need of rehab, wetlands with toad declines and incised creeks. Transmitters have been placed on 57 animals so far. Heather's crew is conducting ongoing surveys to see how the transplanted beavers are doing.

As the benefits of beavers are being recognized around the arid west, people are increasingly referring to the furry little marvels as 'ecosystem engineers' and 'keystone species.' State wildlife agencies, ranchers, water managers and even businesses like the Logan, Utah, WalMart are realizing that, far from being an intractable nuisance, beavers can be a low-cost alternative to heavy equipment or expensive wetland and stream recovery projects. Indeed, beavers help not only streams, but the people who depend on them. If you like water, thank a beaver.