THERE'S A NEW predator in town — a fish so powerful, it could spell doom for many of the species that currently inhabit Utah Lake. The predator I am referring to is the northern pike. 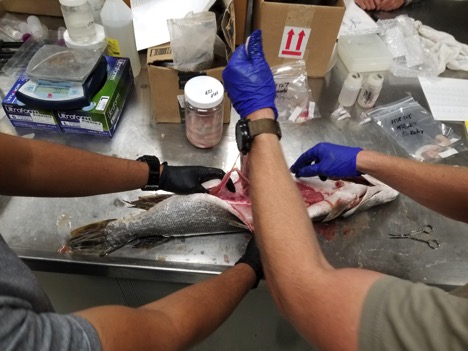 Native to the upper Midwest and parts of Alaska, northern pike are highly voracious predators that can quickly dominate a fishery. The species was first discovered in Utah Lake in 2010 following an illegal introduction — this brought immediate concern to fisheries managers and native biologists throughout the state.

The impact that northern pike might have on the fish community of Utah Lake needed to be understood, so we immediately formed a partnership with researchers at Utah State University to conduct a pike diet study. Scores of Utah Lake pike were collected and sent to USU for analysis. Early results show that pike are consuming June suckers to a degree that could threaten the existence of the species.

Perhaps more relevant to anglers is that pike are consuming white bass and walleye at an equally alarming rate.

This illegal introduction of northern pike will likely have negative effects on native species as well as popular sportfish in Utah Lake. 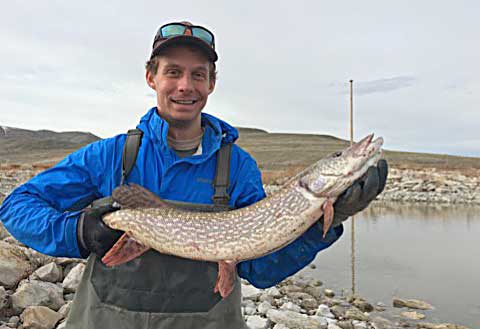 A northern pike collected by biologists during a gill net survey on Utah Lake.

A northern pike collected by biologists during a gill net survey on Utah Lake.

As a biologist who studies the June sucker, I'm often asked: "What purpose do June Suckers serve?" and "Why are we stocking a fish that I can't catch?"

These are certainly legitimate questions that I am always happy to answer. The June sucker is a unique fish that has played an important role in the history of Utah Valley. Found nowhere else in the world, the June sucker was once an important food source for the pioneers. They also play an important role in the ecosystem. Every functional ecosystem needs a balance of predators and prey, and that's what we want to accomplish for the benefit of fish in Utah Lake.

The June sucker population has recovered significantly since it was listed as endangered in 1986. At that time it was estimated that only 300 remained in the lake, and extinction of the species was a very real possibility. Now, thousands of fish inhabit the lake and it is common to see hundreds of spawning June suckers while walking along the Provo River trail in May or June.

Through careful management, we're on the verge of achieving a balance of predators and prey in Utah Lake. This will benefit predators in the lake — like white bass and walleye — that need a stable prey base to thrive.

I think most anglers would agree that Utah Lake is one of the best places in Utah to catch these prized sportfish, and if the upward trajectory of June sucker recovery continues, angling opportunities in Utah Lake will continue to improve as well. It's unfortunate that the introduction of northern pike threatens the foundation of this progress. 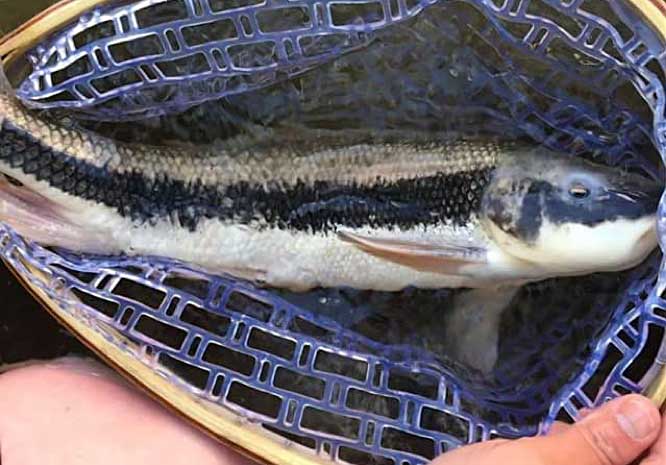 A June sucker caught on the lower Provo River in May 2016 by local angler Joseph Bartholomew.

A June sucker caught on the lower Provo River in May 2016 by local angler Joseph Bartholomew.

Anglers play a vital part in protecting the Utah Lake ecosystem. By catching and killing pike, you're helping conserve the June sucker, as well as protect popular sportfish opportunities. All northern pike caught in Utah Lake or its tributaries must be killed immediately, and we encourage anglers who catch a pike in Utah Lake to turn it in to our Central Region office in Springville. The diet study is ongoing, and each pike collected provides valuable information that could shed light on the future of the fishery in Utah Lake. See the latest Utah Fishing Guidebook for current regulations on all waterbodies in the state. Also, remember that transporting live fish from one water to another is a violation of state law. If you observe an illegal fish introduction, call 1-800-662-3337 to report the violation.

Thanks, and tight lines, everyone!

Dale is a native aquatics biologist in the DWR’s Central Region office. His primary job is to monitor population trends for native fish species in Utah Lake. He grew up in Oregon, and is an avid angler.