THE UTAH CUTTHROAT SLAM has generated a lot of excitement for anglers since its 2016 introduction. The Slam challenges anglers to catch four different subspecies of native cutthroat trout within the state in designated waters of these trout. 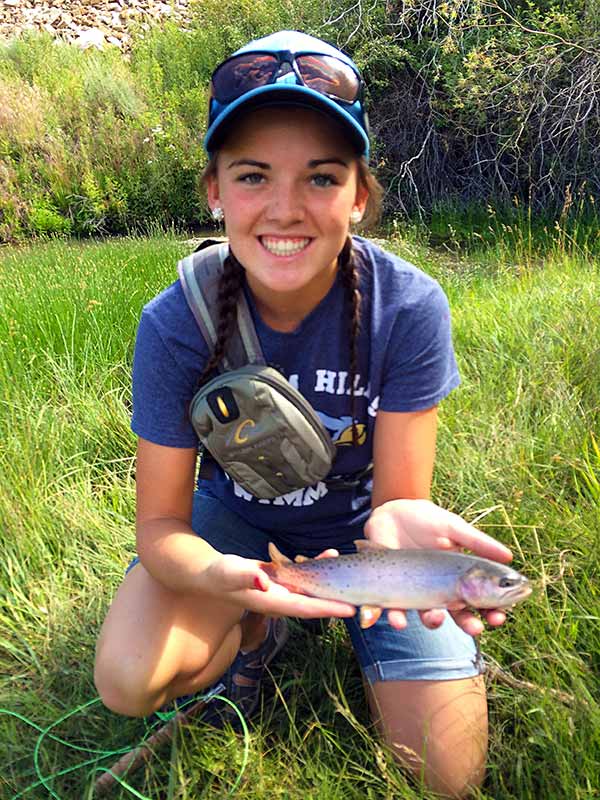 Anglers can sign up online at utahcutthroatslam.org, at any Division office or participating license agents.

Once you register and catch all four subspecies of cutthroat trout (Bear River, Bonneville, Colorado River and Yellowstone), provide photographic proof of your catch and the locations where you caught the fish, you will receive an official certification letter and a fancy medallion, recognizing both your angling skills and support of cutthroat trout conservation efforts.

Of the $20 registration fee, $19 goes right back toward conservation projects that benefit Utah's cutthroat trout. The four fish photos submitted by each angler are also posted on program's website (utahcutthroatslam.org). You can view photos of each angler's catch at this website, view photos of each subspecies, see a map of waters that hold each type of cutthroat trout, and more. This website is a great tool to help you complete the Slam.

By the way, don't hesitate to include your awesome face in the photos! 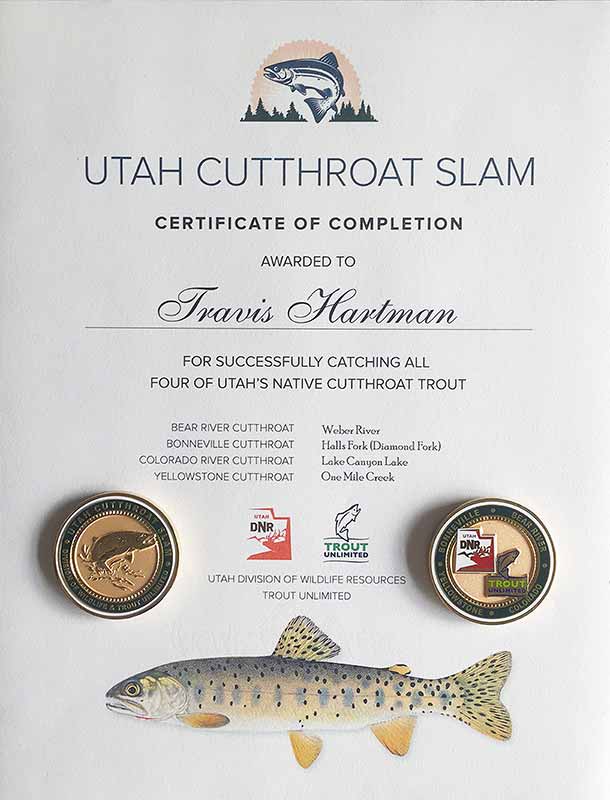 Many anglers complete the Utah Cutthroat Slam twice so they can display both sides of the medallion.

Many anglers complete the Utah Cutthroat Slam twice so they can display both sides of the medallion.

While promoting the program at the Wasatch Intermountain Fly Tying and Fly Fishing Expo this year, I was amazed at the interest and buzz surrounding the Slam. Many happy anglers praised the program and told me how they enjoyed the road trips to catch the subspecies. Some anglers tried their best to get all four subspecies in one or two days. Many phones were pulled out of angler's pockets to do a little bragging and share their photos and stories.

I was also happy to see that many children participated, too.

My favorite part of speaking with program participants was hearing how they mounted their letter and medallion. I heard about and saw photos of some very nice display creations. I also learned that many of the anglers completed the program twice so that they could earn two medallions and display each side.

The Utah Cutthroat Slam is providing funds for several upcoming projects. One project that I have been involved with is the Mill Creek cutthroat trout restoration project in Mill Creek Canyon in Salt Lake City.

The Division is working with many partners in this effort. U.S. Fish and Wildlife Service, Trout Unlimited, Pacific Corp, SLC legislators, Boy Scouts of America, private landowners and others are joining forces to remove non-native fish from Mill Creek, take out fish barriers and restock native Bonneville cutthroat trout to the creek.

Removal of fish barriers improves fish migration in the creek, which will provide a healthier setting for Bonneville cutthroat trout. 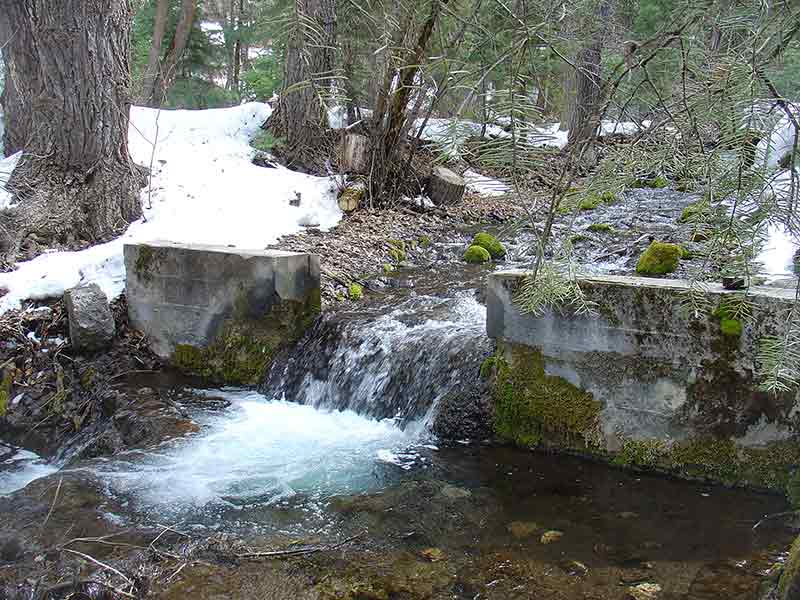 The removal of the Porter Fork weir will be funded with Utah Cutthroat Slam money.

The removal of the Porter Fork weir will be funded with Utah Cutthroat Slam money.

Another project that will be completed using Cutthroat Slam funds involves removal of the Porter Fork weir, which is a fish barrier in Mill Creek Canyon. Revenue from the Cutthroat Slam will be combined with grant money from the National Forest Foundation to remove the weir.

Other projects funded with Utah Cutthroat Slam money include:

Participating in the Slam is a great way to help biologists with restoration efforts, challenge yourself as an angler, explore Utah and have a blast. It's is a win-win for anglers and fish alike — give it a try!

Scott is the DWR's conservation outreach manager in central Utah. He works with the public, the media and anyone who has questions about wildlife. He enjoys hunting, fishing and wildlife watching, especially with his kids.