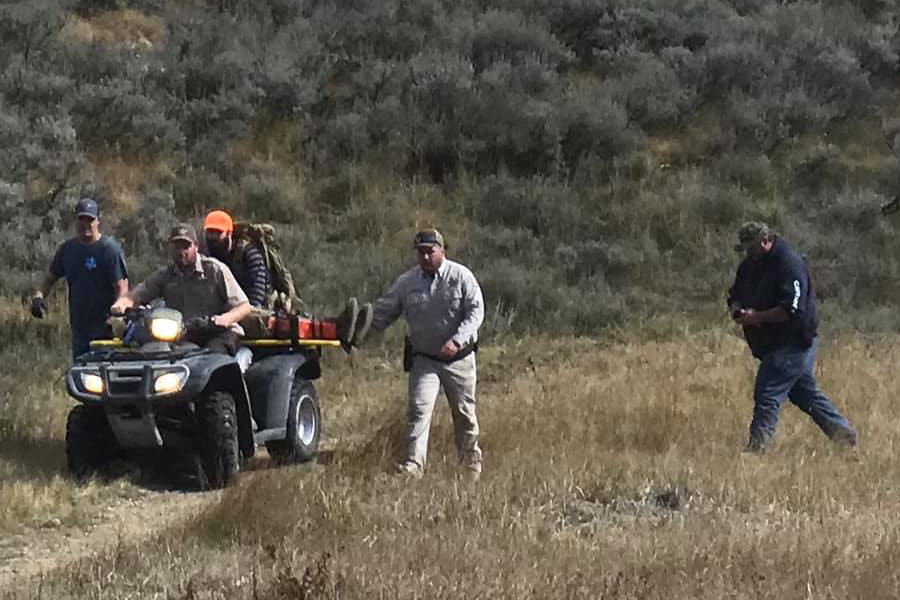 A backcountry rescue with grit and gratitude

In this incident from mid-October, DWR officers responded to a distress call and carried a badly-injured young man, Coy Kummer, out of the backcountry. We're grateful to the Kummer family — especially Coy's dad, Brian — for allowing us to share their story and photographs from the rescue and continuing to update us on Coy's remarkable recovery. 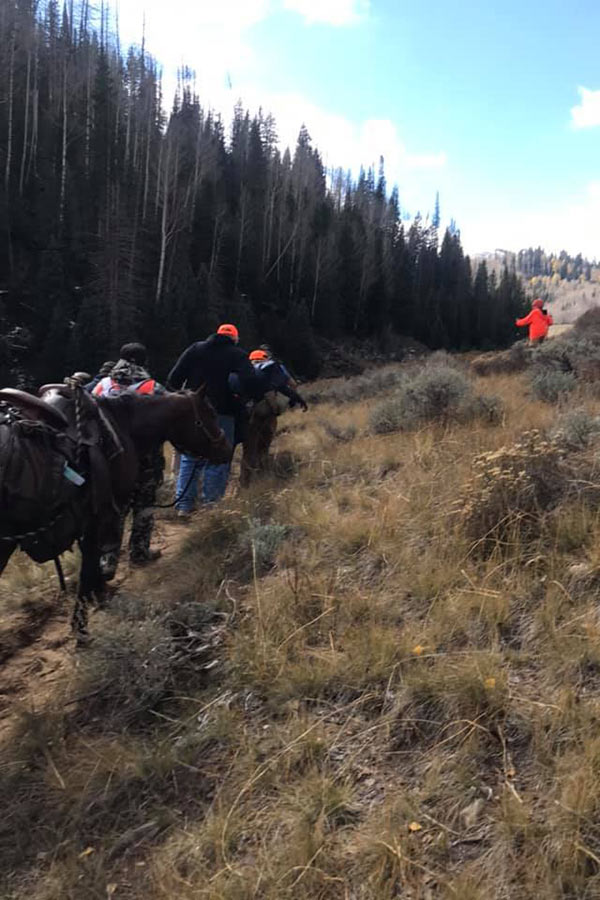 On Oct. 10, 2021, DWR Conservation Officer Justin Brimhall and I were working in the area of Huntington Canyon in the Central Mountains, Manti hunting unit. Around 1:30 p.m., we received a call from dispatch informing us that they'd received a SOS beacon alert that an individual (Coy Kummer) had been in a horse accident and could not walk because of a broken leg. The beacon's SOS also indicated the location of the accident, which dispatch relayed to us.

We drove to the closest access point to the incident (the Miller Flat Trailhead) where we met Coy's dad, Brian Kummer. He said that his son was approximately a half mile down the trail in a little canyon, and confirmed that Coy had a badly broken leg from a horse stepping on him and that he was unable to walk.

I happened to have an ATV in the back of my truck, so Justin and I drove the ATV as far as we could down the trail. We then quickly made it the rest of the way on foot to Coy's location in a narrow canyon. We could immediately see that Coy's right leg was significantly injured; there was a crease in the skin where his kneecap should be located, and he was in obvious pain.

Working with what you've got

We determined that a helicopter couldn't land safely in the narrow canyon, which was further complicated by being a bit breezy that day. We started stabilizing Coy to get him off the mountain, and I contacted dispatch to have someone en route with a backboard to meet us.

Justin's small medical kit contained a roll-out splint, which, along with Justin's belt and some leather straps from the horses' tack, were used to splint Coy's legs together. Walking on either side supporting Coy in the middle wouldn't work on the narrow, rough trail, so I ended up giving Coy a piggyback ride. Others in the rescue party helped support his legs so he didn't get further injured by hitting bushes, rocks, etc. while being carried out.

We traveled like this until we met up with the ambulance crew, and then we strapped Coy to a backboard and carried him farther on the trail until we reached my ATV. We then rested the backboard on the back of the ATV and very slowly drove him to the ambulance parked at the trailhead. The ambulance transported Coy to the nearest hospital, which was an hour away in Spanish Fork.

During the entire time we worked to stabilize and transport Coy, we recognized that he was one tough dude. Although he was fighting obvious pain, he was polite and we tried to keep his spirits high by joking with Coy about trash talking game wardens. Smiling, Coy said he would no longer talk trash on game wardens. 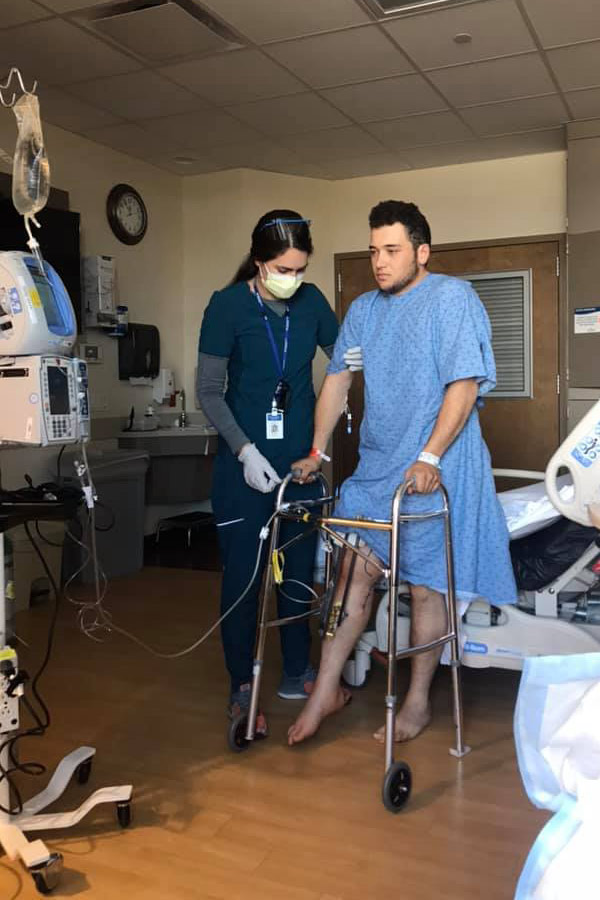 We later found out from Brian that Coy's knee was so badly dislocated that it completely severed his peripheral artery, entirely cutting off blood supply to his lower leg. Coy was immediately transferred from Spanish Fork to Utah Valley Hospital, where the vascular surgeon warned that with this kind of serious injury, in most instances, the leg has to be amputated.

What was anticipated as a two-to-four-hour surgery turned into six hours, but the surgeon was able to save Coy's leg. After five long days in the hospital, Coy was released and is now recovering at home.

There were several factors in Coy's favor for a good outcome. Although the Kummers were outside cellphone reception where the accident occurred, they did have a beacon, and Brian wisely sent an SOS signal when he recognized the severity of Coys injury. We were fortunate to be already working nearby, and were able to reach the trailhead relatively quickly, within 45 minutes of receiving the distress call. And although we had a helicopter on standby to support Coy's extraction, we had the materials and support to get him out with human power when it wasn't a safe option to fly.

We wish Coy a continued steady recovery, and hope to see him back out in the backcountry again soon in less dire circumstances. 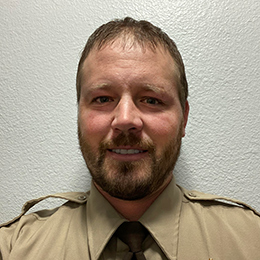 Chuck Lawrence is a DWR sergeant for the Southeastern Region. He works closely with other officers to help protect the future of Utah's wildlife. A native of Tooele, Utah, he has a passion for hunting, fishing and doing anything outdoors with his family.