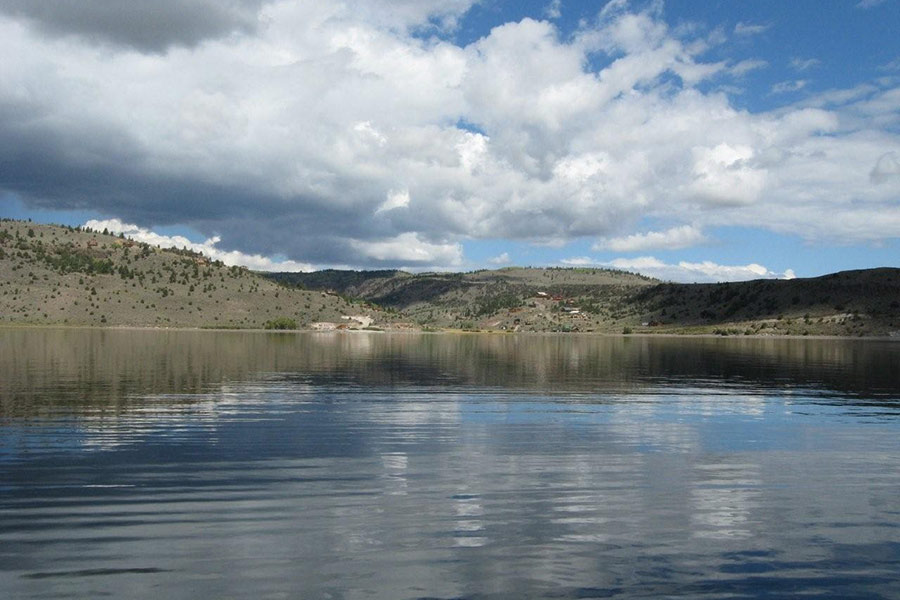 Salt Lake City — During their annual spring surveys, Utah Division of Wildlife Resources biologists discovered something they hate to see — two more waterbodies had fish illegally dumped into them.

In an effort to survey how fish populations are doing in various waterbodies, DWR biologists place nets in waterbodies across the state. They leave the nets in the water for a set amount of time, sometimes overnight, and then pull them in to examine the catch. They then count, weigh, measure and assess the condition of the fish caught in the nets. The biologists gain valuable data from these surveys as they learn how each species is doing.

However, when a different species is dumped into a waterbody by someone wanting to get rid of an aquatic pet or by an angler wanting to introduce their favorite species into the lake or reservoir, it can wreak havoc on the ecosystem of that fishery. It is also illegal in Utah.

"Any illegal introduction of a fish into a waterbody is harmful and can have numerous negative consequences," DWR Sportfish Coordinator Randy Oplinger said. "Illegal fish species can prey on and outcompete other fish species, including sportfish, native fish and endangered fish species. They can also introduce disease and negatively impact water quality. It is very expensive and takes a long time — often requiring rotenone treatments that kill all the fish — to restore these waterbodies after fish have been illegally introduced there."

Biologists discovered Utah chubs in Panguitch Lake and found goldfish in Jackson Flat Reservoir during their spring surveys. They aren't quite sure when either species was illegally introduced.

"Panguitch Lake had to undergo treatments in 2005 in order to kill and remove Utah chubs, so it is really frustrating that someone illegally placed them into the lake again," DWR Southern Region Aquatics Manager Richard Hepworth said. "We believe they may have been introduced because an angler was using live chubs as bait, which is illegal. Utah chubs compete with trout and can ruin a fishery, as we've seen in the past. Right now, we are hopeful that we have the right predator fish in place to keep the chubs from increasing to the point where they take over and we are required to treat the lake again."

With the goldfish at Jackson Flat, biologists believe it was likely a case of someone reluctant to kill their unwanted pet. However, goldfish can be especially detrimental in an ecosystem because they are prolific spawners and can rapidly take over a waterbody.

"They compete with the other species and eat all the available food," Hepworth said. "It is also frustrating for anglers who are trying to catch the other species because they end up just catching goldfish. We hope the largemouth bass in the lake can keep the goldfish numbers under control. We will try and stock some additional largemouth bass this year to help with that effort."

As mentioned, it is illegal to take live fish from one waterbody and move them into another water. It is also illegal to dump aquarium fish and other unwanted aquatic pets into a lake, reservoir or river in Utah. Illegal fish introductions seldom improve fisheries — instead, illegal introductions typically ruin fisheries and threaten the species that live there.

Anglers are encouraged to report any invasive fish species, or if they see anyone illegally introducing fish into a waterbody, by calling 1-800-662-3337. Learn more about the consequences of illegal fish introductions by visiting the "Don't Ditch a Fish" page on the DWR website.