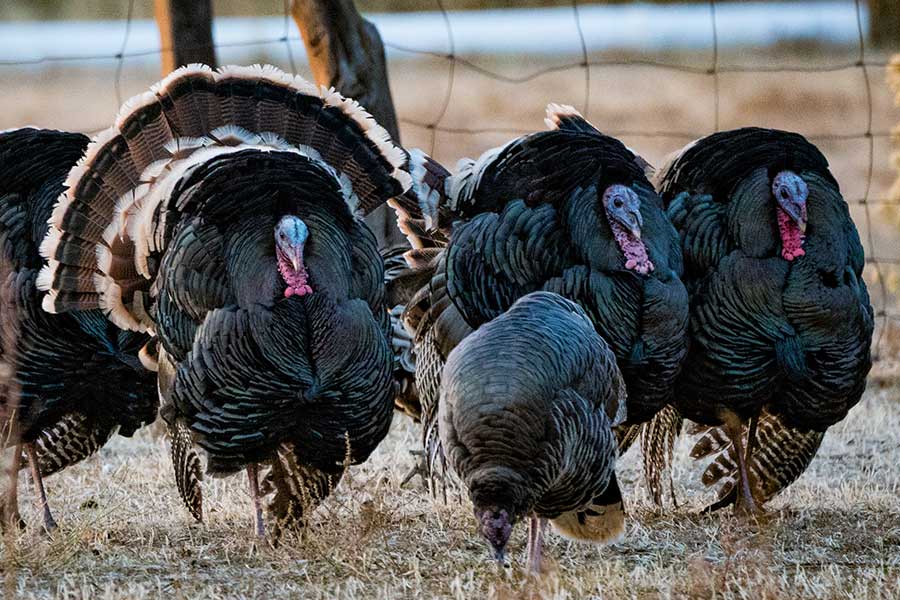 Salt Lake City — The Utah Wildlife Board approved several changes to upland game and turkey hunting in the state during a virtual meeting Thursday, including extensions and changes to some season dates for upland game, as well as a few other items.

The Utah Wildlife Board approved slight changes to the season dates for several upland game species, including:

"The statewide youth quail and pheasant hunts have been underutilized for years," Utah Division of Wildlife Resources Upland Game Coordinator Heather Talley said. "The youth quail hunt has traditionally been held beginning on the Saturday closest to Oct. 13, and we hope that moving the season dates closer to the general-season opener will increase participation in these hunts. We are also excited about the change to extend the youth pheasant hunt through the first Thursday in November. Many youth hunt on areas where we release pen-reared pheasants, and we would like to give them the opportunity to harvest these birds throughout the week."

The DWR also proposed a rule change to allow airguns as a legal method of hunting for turkeys in the fall season only, as well as for hunting rabbits and hares. The intent of that proposal was to add another legal weapon for hunters to use during these hunts and to create consistency since big game may be harvested with airguns in Utah. However, the proposal was voted down by the wildlife board until airguns can be added to the Pittman-Robertson Act and the associated excise taxes can be used for wildlife conservation (as is the case with firearms and ammunition sales).

Other changes that were approved for upland game and turkey hunting include:

This change incorporates a new law passed during the 2020 legislative session to help prevent invasive quagga mussels from spreading throughout Utah. The new law, which takes effect July 1, includes a $20 fee for non-resident boaters who launch a motorized watercraft on any waterbody in Utah. The law also requires non-resident boat owners to complete an online education course about preventing the spread of quagga mussels, and to show proof of the course completion before they launch at a Utah waterbody.

Along with adding the new law to administrative rule, the wildlife board also approved a rule clarification about watercraft with complex mechanical or water systems. Any watercraft with systems that cannot be fully drained at the boat launch is required to complete a mandatory 30-day dry time, if it does not receive a professional decontamination, prior to its next launch in Utah. The wildlife board also approved an administrative rule to prohibit the alteration of an attached seal or inspection sticker on a boat.

The DWR oversees a Walk-in Access program in Utah that provides hunters and anglers access to privately held lands and waters for the purpose of hunting, trapping and fishing. The wildlife board approved some rule changes to simplify the program, update administrative procedures, clarify rule requirements and expectations, and expand hunting and fishing opportunities.

The wildlife board also approved a change to clarify the rules for tagging harvested swans. The change states that a hunter can retrieve the carcass prior to tagging it.

The wildlife board also approved a variance request for prohibited species, which would allow for the Great Basin Serpentarium organization, a private organization that DWR has contracted with, to receive and care for reptiles or amphibians that have been confiscated or surrendered in Utah.

You can watch the full livestream of the wildlife board meeting on the DNR YouTube Channel.