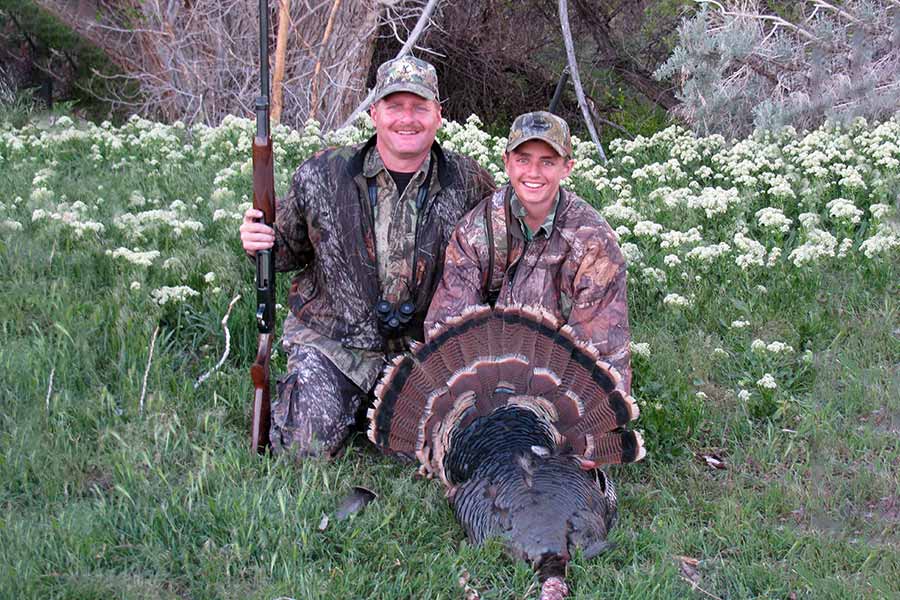 Salt Lake City — The Utah Division of Wildlife Resources is proposing several changes to upland game and turkey hunting in the state, including a recommendation that would allow airguns during the fall turkey hunts and throughout the rabbit and hare seasons. The DWR is also proposing changes to some season dates for upland game, as well as a few other proposals. The public can watch the biologists' presentations and give their feedback online about each of the proposals.

The DWR is proposing to slightly change the season dates for several upland game species. The proposed changes would include:

"The statewide youth quail and pheasant hunts have been underutilized for years," DWR Upland Game Coordinator Heather Talley said. "The youth quail hunt has traditionally been held beginning on the Saturday closest to Oct. 13, and we hope that moving the season dates closer to the general-season opener will increase participation in these hunts. We are also proposing to extend the youth pheasant hunt through the first Thursday in November. Many youth hunt on areas where we release pen-reared pheasants, and we would like to give them the opportunity to harvest these birds throughout the week."

Another proposal includes a rule change to allow airguns as a legal method of hunting for turkeys in the fall season only, as well as for hunting rabbits and hares. The air rifle would be a firearm that fires a single projectile with compressed air released from a chamber, and would be required to be a .22 caliber or larger and could fire either a pellet or slug or a broadhead-tipped bolt or arrow.

Other proposals for upland game and turkey hunting include:

This DWR proposal incorporates a new law passed during the 2020 legislative session to help prevent invasive quagga mussels from spreading throughout Utah. The new law, which takes effect July 1, includes a $20 fee for non-resident boaters who launch a watercraft on any waterbody in Utah. The law also requires all boat owners to complete an online education course about preventing the spread of quagga mussels, and to show proof of the course completion before they launch at a Utah waterbody.

Along with adding the new law to administrative rule, the DWR proposal also includes a rule clarification about watercraft with complex mechanical or water systems. Any watercraft with systems that cannot be fully drained at the boat launch are required to complete a mandatory 30-day dry time, even after receiving a professional hot-water decontamination, if DWR personnel determine that there is still a risk of quagga mussels remaining. The DWR is also proposing an administrative rule to prohibit the alteration of an attached seal or inspection sticker on a boat.

The DWR oversees a Walk-in Access program in Utah that provides hunters and anglers access to privately held lands and waters for the purpose of hunting, trapping, and fishing. The DWR is proposing some rule changes to simplify the program, update administrative procedures, clarify rule requirements and expectations and expand hunting and fishing opportunities.

In order to follow health officials' recommendations of avoiding large gatherings to decrease the spread of COVID-19, the public meetings for these proposals will be held online. You can view the biologists' presentations and share your feedback about them here on the DWR website. The presentations can also be viewed on the DWR YouTube Channel, but comments can only be submitted through the forms on the DWR website.

Meetings will be held on the following dates and times.