Salt Lake City — The Utah Wildlife Board approved a decrease in the number of general-season permits for the 2020 deer hunt during Thursday's virtual board meeting. 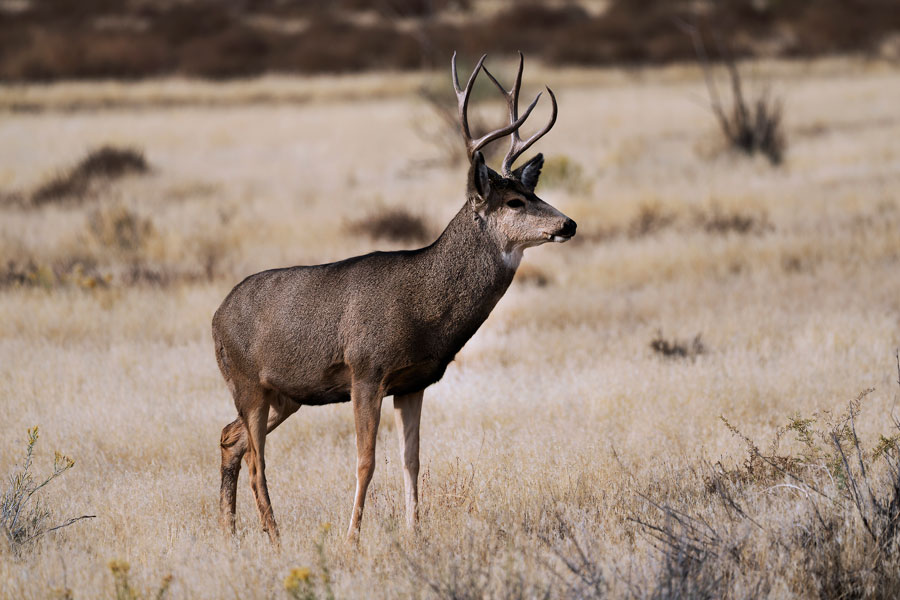 "In 2019, the statewide deer population estimate decreased by approximately 57,000 animals to a total of just over 319,000 deer," DWR Big Game Coordinator Covy Jones said. "This decrease was primarily due to drought conditions in the spring, summer and fall of 2018, followed by a heavy winter in 2019. Deer populations in areas of the southern and northern parts of the state showed the most loss, with central Utah populations showing the least impact."

Statewide, elk populations also decreased slightly in 2019, so the wildlife board approved a decrease in antlerless elk permits, as well. The statewide elk population objective is 78,215, and currently there is a statewide estimate of 76,550 elk. The wildlife board approved 8,165 antlerless elk permits for the 2020 public drawing, a decrease of 1,470 from 2019.

Here is a breakdown of the approved permit numbers for all the 2020 big game hunts:

Also presented in Thursday's board meeting was a plan for DWR to implement a new, recently approved law. H.B. 125, which became law during the 2020 legislative session, authorizes the DWR director to take immediate action (under certain conditions) when a big game population is under the established herd-size objective for a management unit.

The Utah Wildlife Board also approved a rule change that will allow over-the-counter bison permits to be sold, and for this type of hunt to be held in southeastern Utah on the Nine Mile, Range Creek Unit, beginning in the fall of 2020. Several hundred bison migrate to this area each year, and there was previously no management plan for the Nine Mile, Range Creek Unit.

The wildlife board also approved a few changes to the rule regarding Cooperative Wildlife Management Units. The changes clarify that a CWMU that falls within a general-season unit will be managed more like a limited-entry unit. It also allows reciprocal antlerless hunts across multiple CWMUs and removes the limit on how many leftover reciprocal permits could be donated to charitable organizations. The total number of CWMU permits decreased from 2019 for a total of 1,205.

You can watch the livestream of the wildlife board meeting on the DNR YouTube channel.