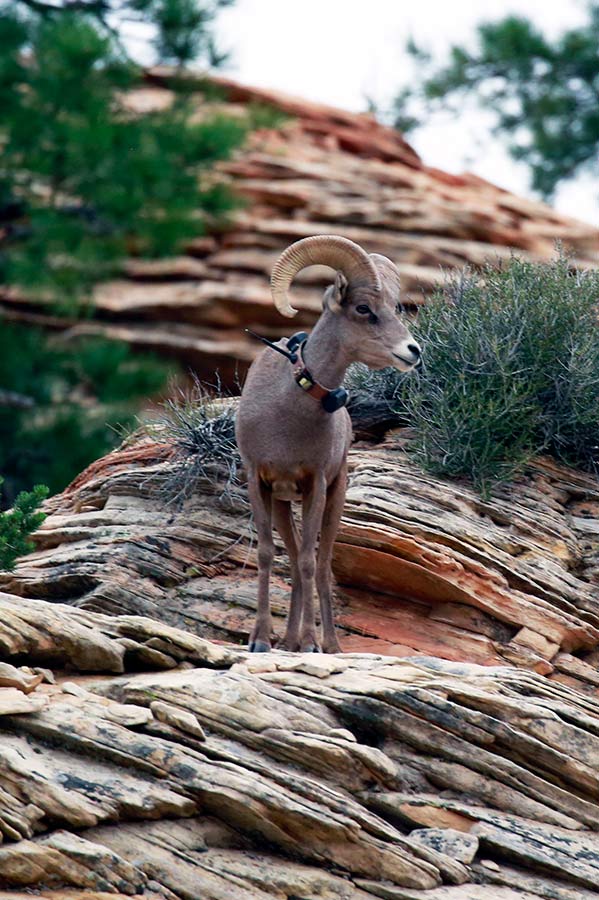 Salt Lake City — Utah is doing something that only a few other states are doing: real-time tracking of wildlife. And now some of that data will be available to the public via a new website that launched Tuesday, March 3.

The Utah Division of Wildlife Resources started its Wildlife Migration Initiative program in 2017 to better track and study the migration patterns of different wildlife and fish species in the state. Most of the data comes from animals wearing GPS tracking devices or from fish tagged with implanted transmitters. Utah is currently the only state that includes fish tracking in its migration initiative.

Since the start of the program, DWR biologists have tagged thousands of individual animals from a variety of wildlife species, including black bears, bighorn sheep, elk, moose, mountain goats, mule deer, pronghorns and cougars. While some birds also have GPS tracking devices, others receive metal bands, and hunters and others can report the locations of harvested or found birds on a website.

Some of the aquatic species being tracked include razorback sucker, Colorado pikeminnow, flannelmouth sucker, bluehead sucker, June sucker, cutthroat trout and boreal toads. For some endangered fish species in Utah, the movement data provided by their implanted transmitters has been valuable in the recent proposed downlistings on the Endangered Species list by the U.S. Fish and Wildlife Service.

The tracking data benefits wildlife in several ways because biologists can:

"Using GPS tracking data, our law enforcement officers were actually able to successfully locate and prosecute a poacher," DWR Migration Initiative Coordinator Daniel Olson said. "We have also learned other interesting things. For example, there are deer that swim almost a mile across Flaming Gorge Reservoir as part of their annual migration. A lot of the information we gather from this tracking initiative is invaluable in helping us better manage wildlife."

"This program has also shown us that some fish in the Colorado River have traveled over 900 miles and across state borders in search of suitable habitat to feed, spawn and escape predators," DWR Aquatics Coordinator Don Wiley said. "That kind of information was not previously available and has been invaluable in helping us identify areas for habitat projects."

Currently, DWR biologists and its partners are tracking more than 2,800 animals across Utah, and those animals generate about 26,000 data points each day. There have been a total of 14 million location data points since the tracking began.

"We watch the GPS data, and it tells our biologists when an animal has died," Olson said. "We then go gather the collar so we can reuse it on another animal. We like to reuse them since they cost about $1,100 each."

The DWR discourages hunters from harvesting collared animals because it is expensive to capture wildlife for the collaring process. If a hunter does happen to harvest a collared animal, they should make sure not to cut or destroy the collar. When they report the animal, a DWR employee can collect the collar so it can be reused.

The public can find more information and tracking data on the Wildlife Migration Initiative website. The website will continue to be updated with additional data.