Salt Lake City — The Utah Wildlife Board approved a new five-year statewide mule deer management plan, along with some other amendments to the hunt drawing process during a public meeting held Thursday.

The statewide mule deer management plan is compiled by the Mule Deer Committee using research and input from various organizations including the Utah Division of Wildlife Resources, the Utah Department of Agriculture and Food, the Utah Farm Bureau, Brigham Young University, various sportsmen's groups, and 17 members of the public representing different user groups. The statewide plan provides a history of deer and deer management in Utah. It also provides a life history for the species and contains a brief history of the research about deer in Utah, as well as providing consistency for hunting deer in Utah, setting expectations and giving guidance. 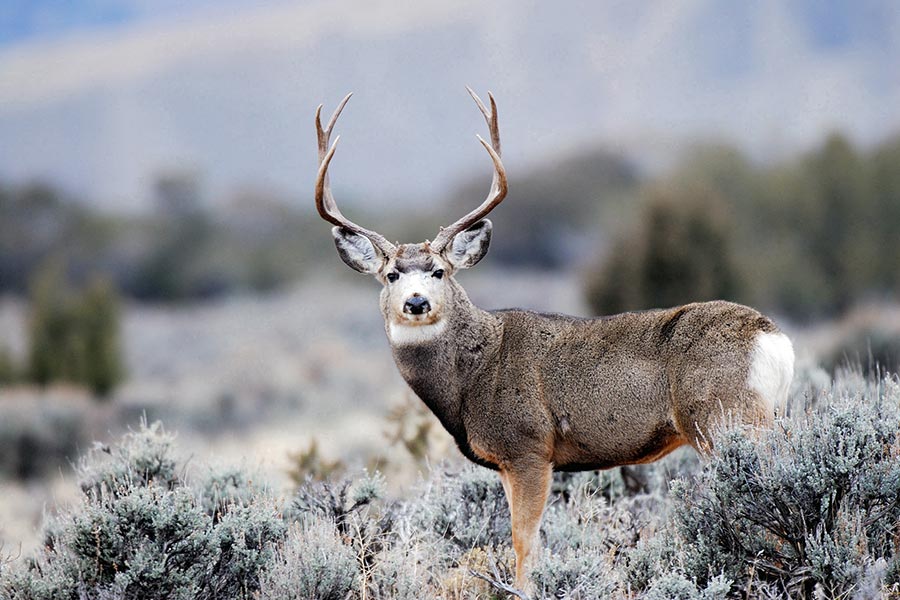 In addition to the state management plan, there are also unit plans to address population needs in a specific area of the state. The unit plans set target herd objectives, identify and attempt to address limiting factors for an area and provide direction for specific habitat projects. The unit plans are passed one region per year on a five-year rotation after a habitat analysis has been conducted on each unit.

The new management plan also includes a portion about slowing the spread of chronic wasting disease in Utah. Chronic wasting disease is a highly contagious, neurodegenerative disease found in deer, elk and moose which is caused by protein particles. Infected animals develop brain lesions, become emaciated, appear listless and have droopy ears, may salivate excessively and will eventually die.

Research has shown that male deer are more likely to be infected with chronic wasting disease than females, with male bucks between 4–6 years old as the most likely to be infected. As such, the new management plan looks at some possible strategies such as requiring a skull to be free of brain matter for any deer/elk harvested in a CWD-positive state before it can be imported to Utah, targeting prime age bucks, and holding hunts later to help target these male deer and slow the spread of CWD.

The wildlife board also approved similar hunting seasons to past years:

"Mule deer are the most popular species to hunt in Utah. This entire management plan was developed using extensive research and was designed to maintain healthy deer populations throughout Utah and to provide expanded opportunities for hunting and wildlife viewing across the state," DWR big game coordinator Covy Jones said.

To view the entire plan, visit the DWR website.

The Wildlife Board also approved several amendments to the hunt drawing process. The demand for hunting in Utah continues to grow, and hunters have voiced concerns about fairness and lost opportunities in the hunt drawing process. As a result, the Wildlife Board approved several DWR proposals to allow for less forfeited permits and more opportunities.

Here are some of those changes:

"We believe these small changes to the hunt drawing process will give all hunters more equal opportunity to make memories hunting some of Utah’s most valued wildlife," DWR wildlife licensing coordinator Lindy Varney said.