Salt Lake City — The Utah Division of Wildlife Resources is proposing a few changes to the number of black bear permits for the 2020 hunting and pursuit seasons and is requesting the public's feedback on the proposals. 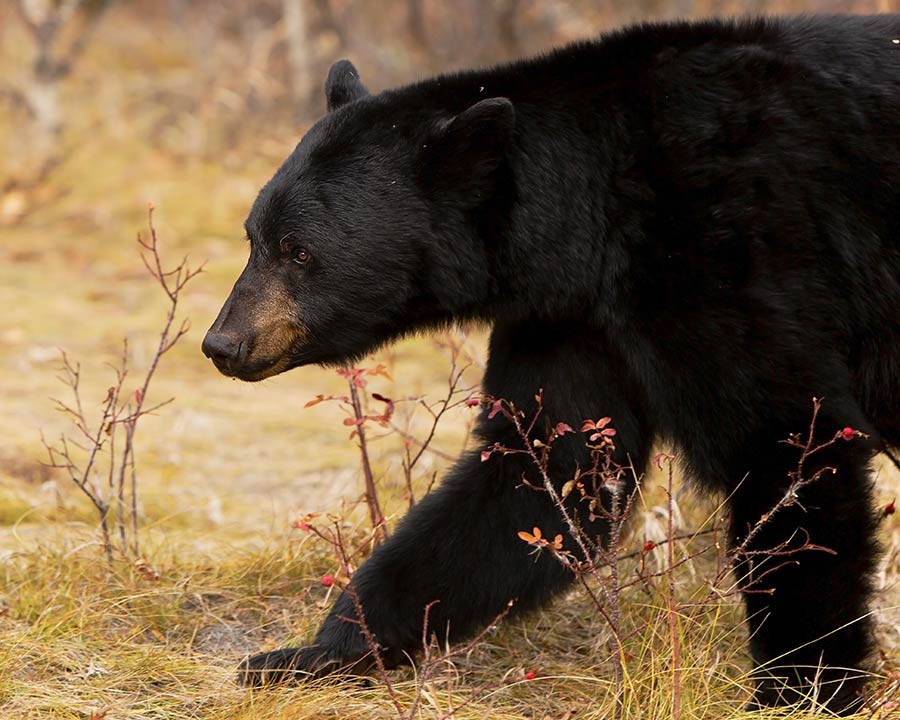 In 2018, the Utah Wildlife Board approved the permit numbers and season structure for bear hunting in Utah for the next three years. However, concerns about large numbers of pursuers and dogs on some hunting units, mule deer populations on one unit, and clarifications about fair chase aspects of hunting bears using dogs have prompted a few recommended changes.

The DWR is proposing the following recommendations:

"We wanted to implement some of these changes to address concerns about fair chase and resource damage during the pursuit seasons for bears and mountain lions," DWR game mammals coordinator Darren DeBloois said. "We feel confident that these recommendations will help with that."

Along with the recommendations regarding bears, the DWR is also proposing to extend the current Wolf Management Plan for another 10 years. It was approved in 2005 for a 10-year period, and then a five-year extension was approved in 2015. Gray wolves are currently classified as endangered (except for in a small portion of northeastern Utah where they have been delisted) and as an endangered species, they fall under the management of the U.S. Fish and Wildlife Service. The Utah Wolf Management Plan will only take effect when wolves are delisted statewide.

The DWR is also proposing an amendment that would allow brine shrimp harvesting companies to more easily transfer their Certificate of Registration, which allows them to harvest brine shrimp from the Great Salt Lake, to another business.

Additional details for all the recommendations can be found on the DWR website.

You can view the proposal presentations and share your feedback online or attend a Regional Advisory Council meeting in person. Online feedback must be submitted before 11:59 p.m. on Sunday, Dec. 1.

If you'd like to attend the RAC meetings, here are the dates and times for the different regions across Utah: