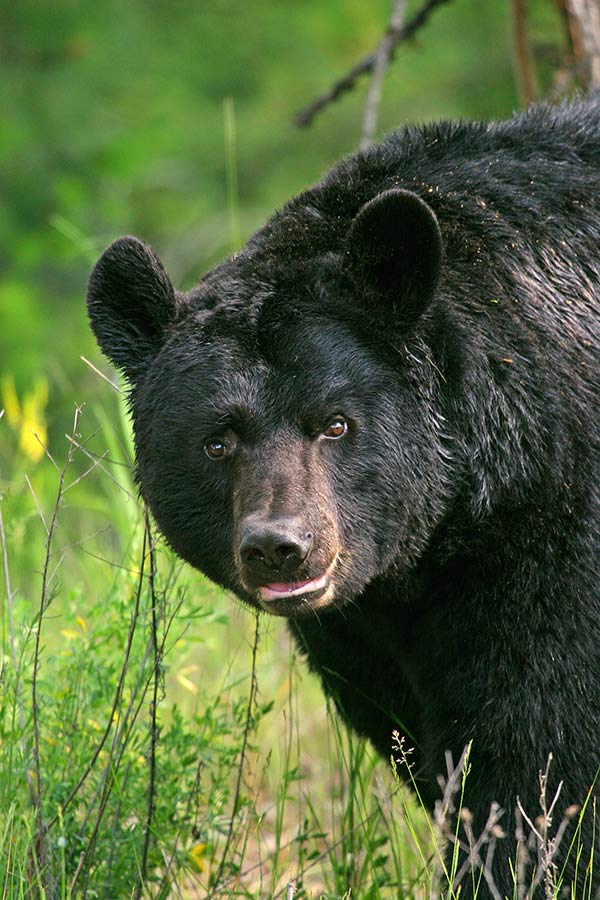 Salt Lake City — Most of Utah's black bears have begun entering dens to hibernate for the winter, ending a busy summer of wildlife biologists relocating nuisance bears throughout Utah.

Black bears are the only bear species currently in Utah.

Black bears are the only bear species currently in Utah.

The total number of black bear incidents reported to the Utah Division of Wildlife Resources was 53 statewide, as of Nov. 7. The majority of the incidents involved bears getting into garbage or food at campgrounds or neighborhoods, but two involved a bear making physical contact with a person.

In 2018, 27 bear incidents were reported statewide, less than half of the reported incidents from 2019. While the number of incidents hasn't increased year over year, biologists believe there are several reasons for this year's increase.

"The most likely reason is that we have increased the numbers of black bears in the state over the last decade or so," Darren DeBloois, DWR game mammals coordinator, said. "So more bears can mean more conflict. You must also allow for some randomness, however. Although 2019 had more reported bear incidents than 2018, it had fewer than in 2017. Some of this is due to local conditions each year like drought, the length of winter hibernations (2019 had a late spring which kept bears hibernating for longer) or a lack of natural foods, which can push bears into conflict situations in search of food."

The three areas that had the most reported bear incidents across the state in 2019 were:

Coincidentally, these areas also have the largest populations of people or receive high traffic from people hiking or camping in the outdoors.

Black bears in Utah begin to enter dens for hibernation as early as the end of October, and the majority are hibernating by mid-November. While bears won't emerge from hibernation until March or April, people should start planning now for how to prevent conflicts in the coming year.

"One of the most effective ways to reduce conflicts with bears is to deny them a food source," DeBloois said. "This can include a wide range of things like bird feeders (especially hummingbird feeders), pet food, unsecured garbage and coolers to things that aren't food, but might smell like a food source to a bear, like toothpaste and deodorant. Whether you are camping or whether you live in a mountain or canyon area, you should always make sure to keep your food and garbage secure to keep you and the bears safe from harm."

Black bears are the only bear species currently in Utah. Learn other ways to prevent conflicts with them on the Wild Aware Utah website.