SALT LAKE CITY — Utah Division of Wildlife Resources and State Parks personnel were busy during the 2019 boating season, completing almost 300,000 boat inspections in an effort to prevent invasive quagga mussels from spreading from Lake Powell and other infested waters to other Utah waterbodies. 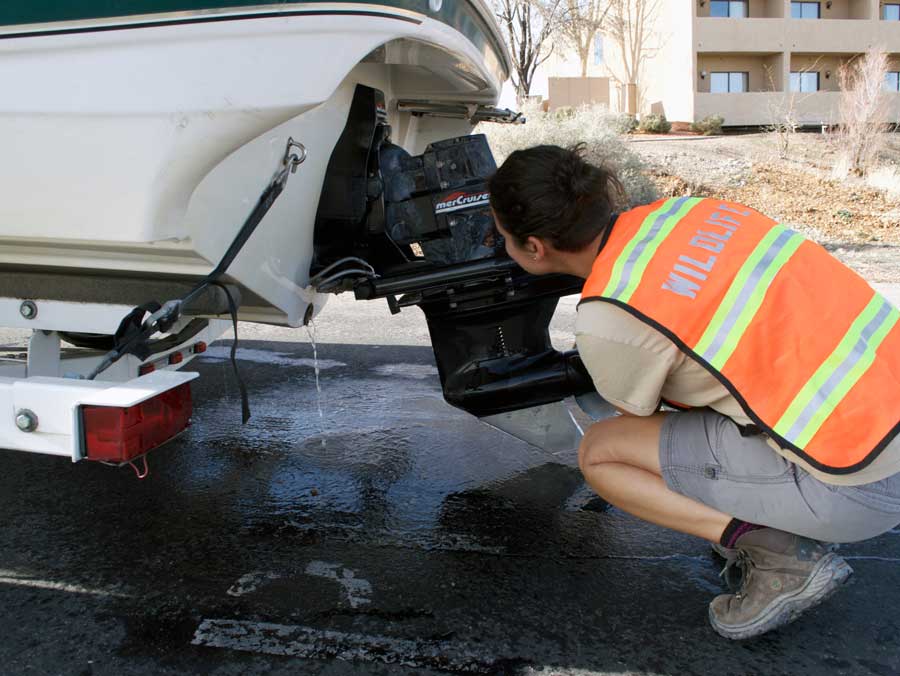 DWR and State Parks completed a total of 295,238 boat inspections across Utah, a 22% increase from the previous year’s 241,557 inspections.

DWR and State Parks completed a total of 295,238 boat inspections across Utah, a 22% increase from the previous year’s 241,557 inspections.

Lake Powell is currently the only waterbody in Utah with quagga mussels, and saw a majority of this year’s efforts. DWR and National Park Service staff conducted 99,571 inspections at Lake Powell, a 54% increase from the previous year’s 64,482 inspections at the popular boating destination.

The busiest weekend for boating inspections and decontaimations fell on the weekend after the Fourth of July. A total of 9,730 inspections were done statewide on July 6-7.

“This was an extremely busy and exhausting year for our crews,” Nathan Owens, the DWR Aquatic Invasive Species Coordinator, said. “However, despite that, our crews at Lake Powell were able to increase the numbers of inspections and decontaminations that were performed on departing boats, while simultaneously dealing with the huge increase in the number of boats that were retrieved from the water with mussels onboard.”

DWR law enforcement officers were also kept busy enforcing the mandatory inspection stations and administrative checkpoints. As of Sept. 23, conservation officers had stopped a total of 9,192 boaters in 2019, and had issued citations for 438 violations.

“Overall, boaters have been really supportive of our inspection and monitoring efforts,” Scott Dalebout, the DWR statewide operations lieutenant, said. “We really appreciate their cooperation and continued efforts to help us in preventing the spread of this invasive species.”

While the busiest part of the boating season typically ends by the first of November, DWR personnel will still be performing boat inspections year-round at Lake Powell and boaters are still required to comply with inspections.

“If you happen to be taking your boat off Lake Powell at a time when our staff isn’t available for an inspection, we are still asking boaters to clean, drain and dry their boat,” Dalebout said. “It is very important to continue to be vigilant throughout all times of the year.”

DWR also plans to increase efforts for next year to continue the containment of aquatic invasive species at Lake Powell.

“We are currently operating above capacity and our folks are exhausted,” Dalebout said. “We are trying to change some things to become more efficient and garner more resources for these efforts.”

Steps for decontaminating a boat

To help prevent the spread of quagga mussels, after you are done boating at Lake Powell or anywhere out of state, you must do the following to decontaminate your boat if you choose not to have a professional hot water decontamination done: