What hunters should expect for the upcoming general season deer hunt

SALT LAKE CITY — You breathe in the crisp fall air as you sit quietly scanning the hillside with your binoculars. You see some movement and your heart skips a beat as you see a buck deer slowly walking up the ravine. The brilliant yellow aspen leaves seem to glow around you, and you smile at the picturesque scene of another perfect day hunting deer in Utah’s beautiful outdoors.

Utah’s general any-legal-weapon deer hunt opens on Oct. 19 and runs until Oct. 27. It is the most popular hunt in Utah, and if you are among those planning to don your hunter orange and head for the hills, here are some things you should know: 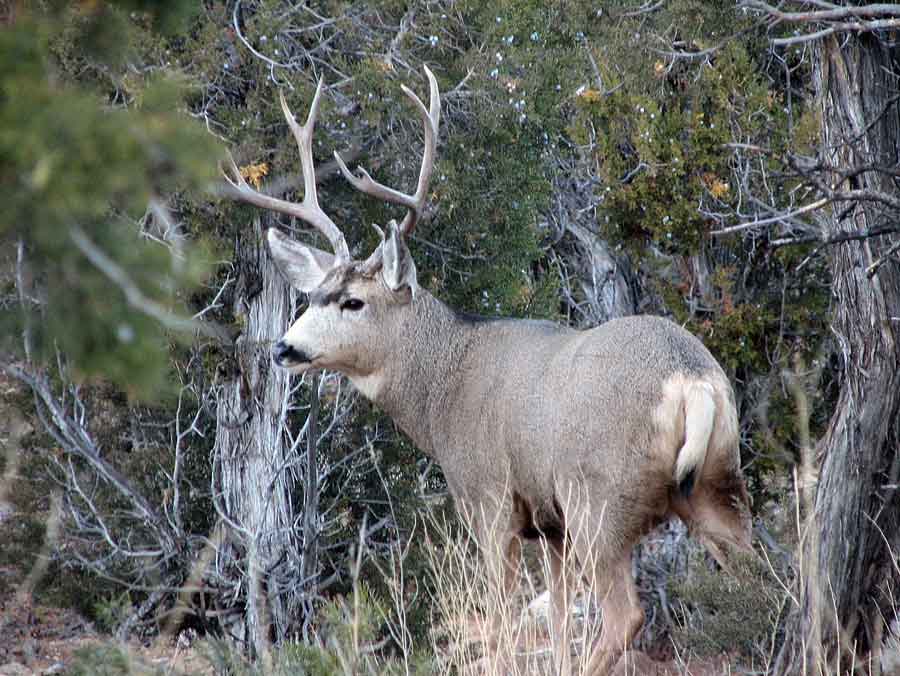 What should hunters expect this fall?

Utah Division of Wildlife Resources biologists estimate that there are just over 370,000 mule deer in Utah, which is about 100,000 additional deer than were in the state in 2011.

“Over the last three years, we’ve had the highest deer numbers in Utah in 25 years,” DWR big game coordinator Covy Jones said. “We have more bucks on the statewide landscape currently than we’ve ever had. A lot of that is due to good habitat work and climate. With the wet spring, habitat has flourished, providing the necessary nutrition for antler growth. Hunters are set up to have a very memorable year. Hunters who are targeting buck mule deer should expect some of the best antler growth they have ever seen. It’s been a great year for deer.”

While hunters should expect good antler growth across the state in general, there are some areas that saw a harsher winter and lower deer survival rates, like in northern and northeastern Utah. Hunters targeting units in these regions will likely see fewer yearling bucks.

A lot of what to expect during the hunt also depends on if there are leaves on the trees or if there is snow on the ground in the area you are hunting. If either of those conditions exists, then your chances of having a successful hunt go up because both the snow and leaves muffle sound, increasing your chance of getting closer to a deer without being detected. Snow also increases your chance of more easily seeing tracks.

“Even after the archery and muzzleloader hunts, there are a lot of big deer on the landscape,” Jones said. “You still have a good chance of harvesting a large, antlered buck.”

What can hunters do to be successful?

If you hope to harvest some fresh deer meat this fall, one of the keys to success is scouting the area you plan to hunt before the season opens. Make sure that you look for deer in areas that have good views, like at the top of a ridge or ravine, rather than in a thick forest of conifer trees where you can’t see very far. Hunters should also spend a lot of time looking for deer with binoculars before starting to hike around.

“It’s crazy how much deer can blend in, so you can spend time looking at one spot and not see any deer until you continue watching closely,” Jones said. “Spend some time searching for deer before you take off hiking. If you hunt smart, you can see a lot more deer and not have to walk as much.”

Hunters should also be aware that deer will be in different habitats during the general rifle hunt than they were during the earlier archery hunts.

“By mid-to-late October, a lot of deer have started migrating from their summer range to their winter range,” Jones said. “They are transitioning from higher-elevation feeding areas to lower-elevation areas. During the first part of the rifle hunt, you can hunt in an area and not see any deer, and by the end of the hunt, they are pouring into that area.”

It is also a good idea to visit the Utah Hunt Planner before heading out into the field. It is a great resource that includes notes from biologists who manage the various hunting units across the state, as well as general information about the unit and safety and weather items. Information about the number of bucks on the units, compared to the number of does, is also provided. You’ll also find maps that show the units’ boundaries, which land is public and private and the various types of deer habitat on the unit.

Lastly, remember to be safe and wear hunter orange in any public hunting areas so that you are visible around other hunters.