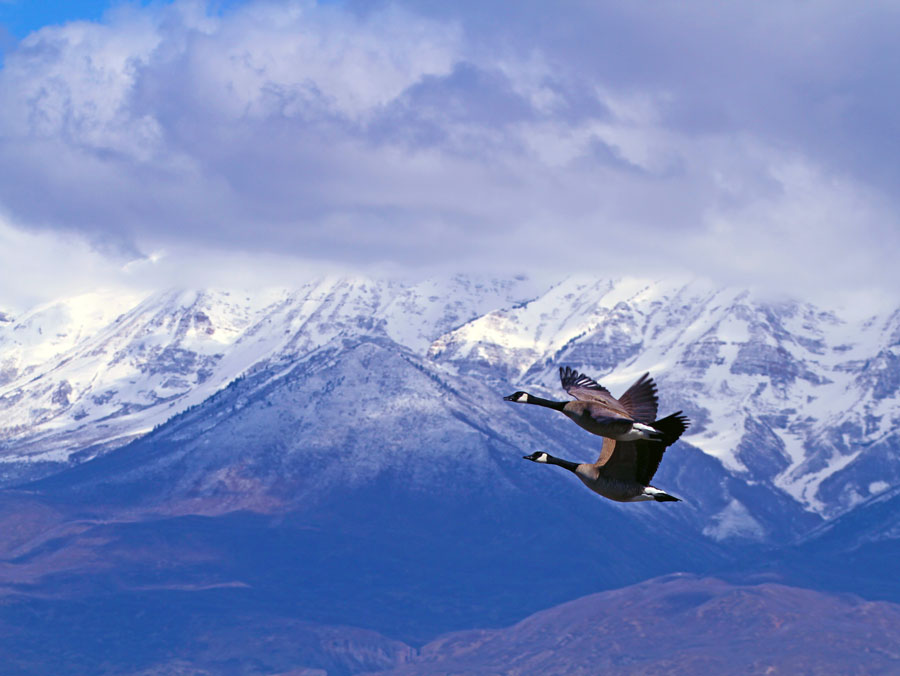 Waterfowl banding began in Utah in 1912, and since then, 211,860 waterfowl have had little metal bands placed on them while they migrated through the Beehive State.

Waterfowl banding began in Utah in 1912, and since then, 211,860 waterfowl have had little metal bands placed on them while they migrated through the Beehive State.

SALT LAKE CITY — Each spring and summer, Utah Division of Wildlife Resources employees spend several days riding on airboats and plucking geese and ducks out of the water before placing little metal bands on their legs and then releasing them back into the wild. This work has been going on for decades, and the data collected from these banding efforts provide valuable information about the migration patterns of many waterfowl species. Now, for the first time, that information will be available to the public as well.

Waterfowl banding began in Utah in 1912, and since then, 211,860 waterfowl have had little metal bands placed on them while they migrated through the Beehive State. The DWR places these bands on roughly 5,000 ducks, geese and swans — about 10-12 species — in Utah every year. Many of those bands were later located and reported in a federal database, and that data has been compiled in an interactive website to show how far the bird traveled before it was found.

DWR started building the “Utah’s Waterfowl Band Returns” website in March, and it was publicly launched on Tuesday, Oct. 8.

“The intent of this website is to show people how far waterfowl migrate,” Blair Stringham, DWR migratory game bird program coordinator, said. “It also emphasizes how important Utah is to migratory birds. Millions of birds move through Utah during their annual migrations, and most are journeying from other states, countries and even continents.”

Whenever a duck or goose is harvested during a hunt, or perhaps found dead from natural causes, the person who locates the band should report the band number, date and location on the U.S. Geological Survey Bird Banding Laboratory website. That information is then available to all the federal and state wildlife agencies to help guide their decisions on waterfowl management.

“We have been banding birds for a long time, and over the years, we have learned some incredible things about bird migration from this banding data,” Stringham said. “This information allows us to identify areas that are important for birds, and we can direct resources to those areas to improve habitat conditions for those species. We also learn about the timing of migration and have been able to structure our hunting seasons to coincide with peaks of migrations for some species. For other species, like trumpeter swans, we have used banding data to close seasons and specific areas to hunting to avoid impacting that species.”

The website allows users to see where the majority of the birds are banded in Utah, and also where nine of the bird species have been found across the world.

“I truly enjoyed glimpsing snapshots about individual birds as I organized this data and created the website,” DWR senior GIS analyst Liz Moore said. “At first glance, a data point appears to be an error, but upon further investigation, it turns out to actually be a band returned from a rather unlikely place. For example, one data point appeared to have been mistakenly placed in the middle of the ocean, but zooming in further reveals it was a northern pintail duck that was recovered at Palmyra Atoll National Wildlife Refuge, an atoll south of Hawaii.”

“Every time I see a bird, I think about where it may have come from and where it might be heading,” Stringham said. “A bird you see today could easily have come from Montana a few days before, and by next week, it could be in Mexico. The ability that birds have to move such great distances is truly incredible to me.”

Several of Utah’s waterfowl hunting seasons opened Oct. 5. Check the DWR website for the opening dates for each species.