Over 2,700 boats inspected at Lake Powell over Labor Day weekend to prevent spread of quagga mussels 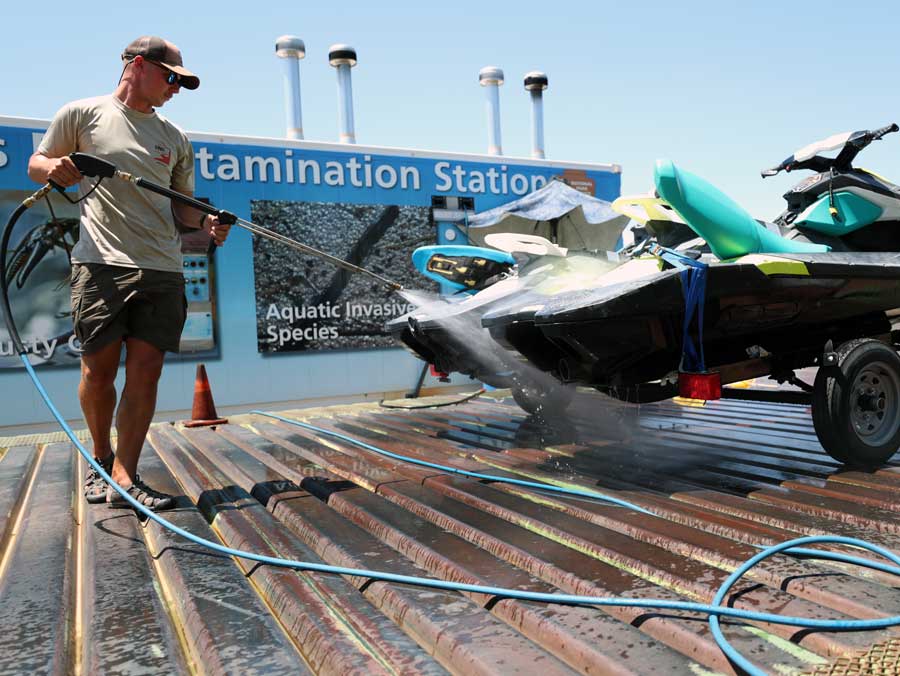 A total of 2,766 boats were inspected at Lake Powell and in the surrounding area from Aug. 31 to Sept. 2.

A total of 2,766 boats were inspected at Lake Powell and in the surrounding area from Aug. 31 to Sept. 2.

A total of 2,766 boats were inspected at Lake Powell and in the surrounding area from Aug. 31 to Sept. 2. The inspectors performed 98 full decontaminations and conservation officers issued 44 citations. The individuals towing boats received the citations for either not stopping at the inspection stations or for transporting their boats with drain plugs still in. One person was arrested for driving under the influence.

Lake Powell is still the only waterbody in Utah with quagga mussels, and the increased inspections are focused on keeping the invasive species from spreading to Utah’s water-delivery systems and other local waterbodies.

“Our teams have worked extremely hard to decrease the chance of invasive mussels spreading to other waterbodies,” Scott Dalebout, the DWR statewide operations lieutenant, said. “They have worked 14-hour days in 105-degree heat to inspect these watercraft. We’ve also kept some of our inspection stations open longer to check boats coming off the lake after dark, which would never have been inspected otherwise.”

During the holiday weekend, several of the inspection stations at Lake Powell were open until almost 10 p.m. A total of 133 boats were inspected from 7:30 p.m. to almost 10 p.m.

Boaters should remember that they must stop for open, mandatory AIS inspection stations and to always clean, drain and dry their watercraft before leaving Lake Powell. Visit the DWR website for a list of all the decontamination stations around the state.

Why are quagga mussels so bad?