SALT LAKE CITY — Despite misinformation online saying that the old Tintic Mill near Goshen is a good place to take photos, the area is actually closed to the public due to safety concerns, and Utah Division of Wildlife Resources conservation officers will be actively issuing citations to trespassers. 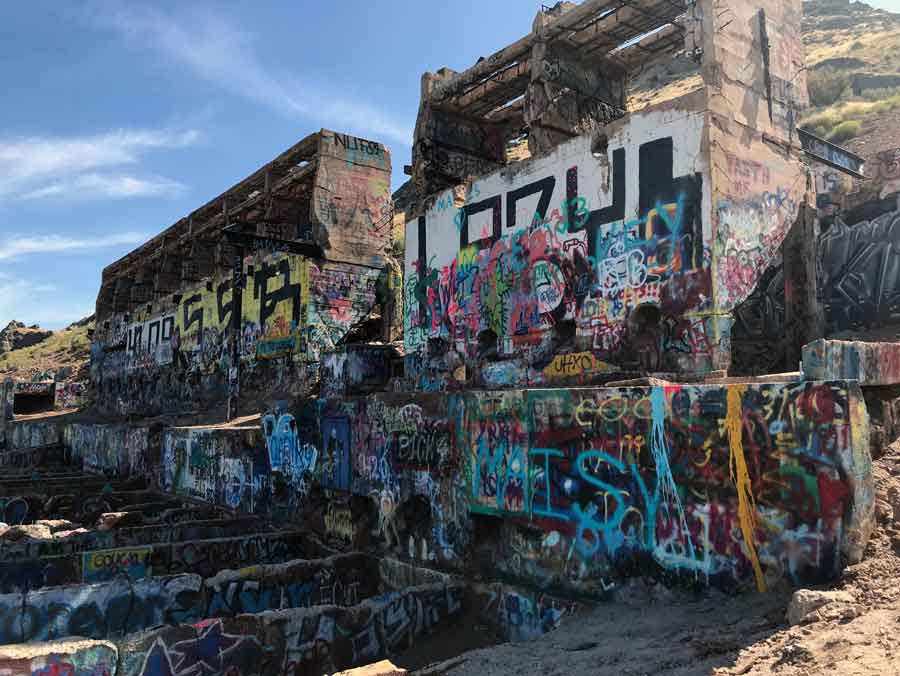 The trespassing has become a more prominent problem recently, and conservation officers will be issuing trespassing citations to anyone found on the WMA.

The trespassing has become a more prominent problem recently, and conservation officers will be issuing trespassing citations to anyone found on the WMA.

The Tintic Standard Reduction Mill was built in the 1920s and mostly processed silver. However, it shut down operations five years later. It was added to the National Register of Historic Places in 1978, and then ownership transferred to the DWR in 1986. The mill is now part of the Goshen Warm Springs Wildlife Management Area.

After receiving the sampling results, the DWR then closed the property to the public. However, despite posting closure and warning signs over the years, DWR conservation officers continue to see people trespassing on the property near the mine.

“It’s an extremely unsafe area,” DWR Sgt. Sean Spencer said. “There are high levels of arsenic, and the state has deemed it a health hazard. After the report found that it wasn’t safe, the division made the decision to enforce the no-trespassing law. And due to an increase in visitors, we will be actively citing people who trespass on this property.”

Along with trespassing, people have been caught using illegal drugs near the mill, vandalizing the property with graffiti and trashing the WMA with their litter.

The trespassing has become a more prominent problem recently, and conservation officers will be issuing trespassing citations for anyone found on the WMA.

“This entire area is closed to the public, including for hunting,” Spencer said. “We want everyone to stay safe, and that means staying out of this area.”

Due to prohibitive costs, the state currently has no plans to remediate the site.