VERNAL — Colorado River cutthroat trout are a prized fish that attract anglers from all over. Anglers typically target the high mountain streams of the Intermountain West to find and catch this species.

In an effort to help cutthroat trout populations in part of northeastern Utah, biologists with the Utah Division of Wildlife Resources (DWR) treated Reader Creek and Lynn Creek with rotenone in 2018. Rotenone is a natural substance that comes from the roots of a tropical plant in the bean family. It’s poisonous to fish, but isn’t dangerous to people, pets or other wildlife, especially in the extremely low quantities that biologists use to treat the streams.

This fall, DWR biologists will conduct one final treatment in Reader Creek (no treatments are scheduled for Lynn Creek.) They will also treat the Potter and East Fork Carter Creek areas on the north slope of the Uintas.

Currently, Lynn Creek has cutthroat trout that were salvaged before the treatment in 2018 and then placed back in the stream afterwards. Those fish should have reproduced this year. 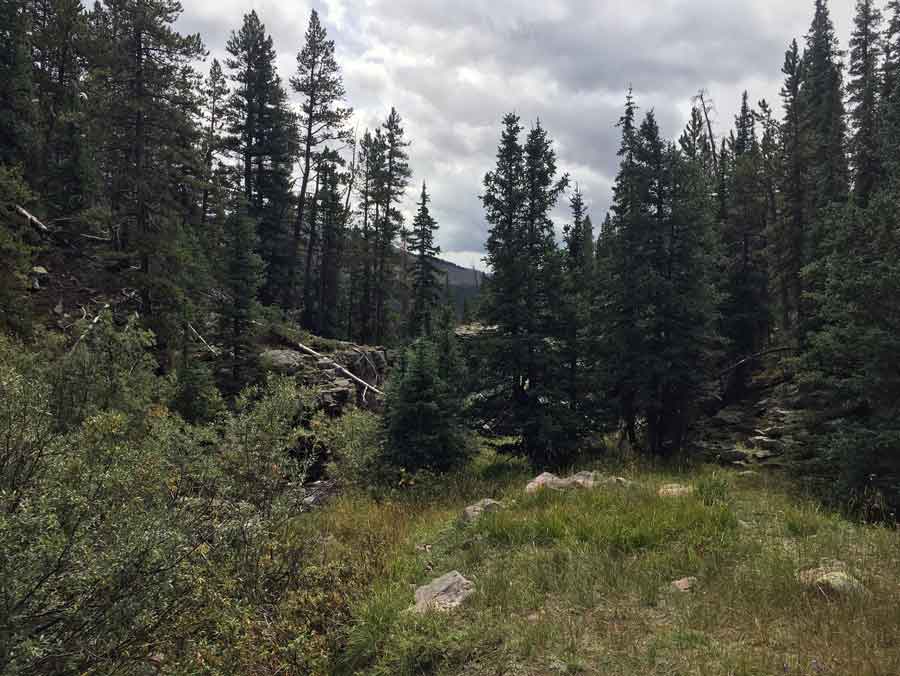 Part of Reader Creek will be treated with rotenone at the end of August 2019 in an effort to restore the waterbody as a Colorado River cutthroat trout habitat.

Part of Reader Creek will be treated with rotenone at the end of August 2019 in an effort to restore the waterbody as a Colorado River cutthroat trout habitat.

In addition to increasing the diversity of angling opportunities, these project treatments will help the native fish. Habitat loss, breeding with non-native trout and competition from non-native trout have caused dramatic declines in cutthroat trout populations around the West, leading to concerns about the species' future.

“As the trustee and guardian of wildlife in Utah, we’re conducting Colorado River cutthroat trout restoration activities across the fish’s native range.” DWR regional sportfish biologist Bryan Engelbert said. “The activities will protect the species, while also providing people with great areas to fish for these native fish.”

Starting the last week in August and the first two weeks of September, the DWR will chemically treat the following locations with rotenone:

The treatments will also remove brook trout that have established themselves in the streams between these lakes. Without intervention, biologists predict the brook trout populations could completely replace cutthroat trout in these areas in less than 20 years.

“The treatment areas will be well signed and will be closed to the public the day before each treatment occurs,” Tonya Kieffer-Selby, regional conservation outreach manager for the DWR, said. “The areas will reopen after the treatment process is over.”

The Reader Creek stream — not the lake itself — will be closed to the public, but people will be allowed to drive past the project area to travel to Chepeta Lake. which is not being treated.

This is the third and final year for the Reader Creek treatments. Once the rotenone treatment is completed, biologists plan on restocking the stream with cutthroat trout from the west fork of the Duchesne River and from fish salvaged and stocked into one of the Reader lakes in 2017.

The lakes are not currently scheduled to be treated again so their fish restocking could begin as early as 2020. The stream sections will be treated a second time in 2020 and will not be restocked until after the treatment. This is part of a larger effort to treat the upper portions of the streams connected to the Sheep Creek Canal in order to create a meta-population for cutthroat trout, which will contribute to the conservation of the species.

Throughout the fall, biologists will continue stocking tiger trout and arctic grayling into certain lakes in the Uintas. And though brook trout are being removed from the treatment areas, anglers can still find them in hundreds of streams and lakes throughout the Uinta Mountains. Biologists are also working to include these treated areas in the new fishing page on the DWR website so the public can easily find waters to fish by species.

Both Reader and Lynn creeks are excellent locations for cutthroat restoration. Both areas offer cold, clean water and great habitat. And, because the treatment area is fairly small, good fishing can happen faster.

“Not only are we focused on helping the fish, but we know the restoration project can provide anglers with a chance to catch larger cutthroats,” Engelbert said. “Unlike other bodies of water that take time to recover after being treated, the streams will bounce back quickly, as both juvenile and adult fish will be stocked into them immediately after the treatment is over. This treatment is a win for the cutthroats and a win for anglers.”

If you have questions about the upcoming treatments, call the DWR Northeastern Region Office at 435-781-9453.