If a nest has eggs or baby birds, leave it alone or face a citation

SALT LAKE CITY — While bird species that nest in the eaves of buildings may seem like a nuisance, it’s unlawful to disturb nests that have eggs or baby birds, and you can be cited for doing so. 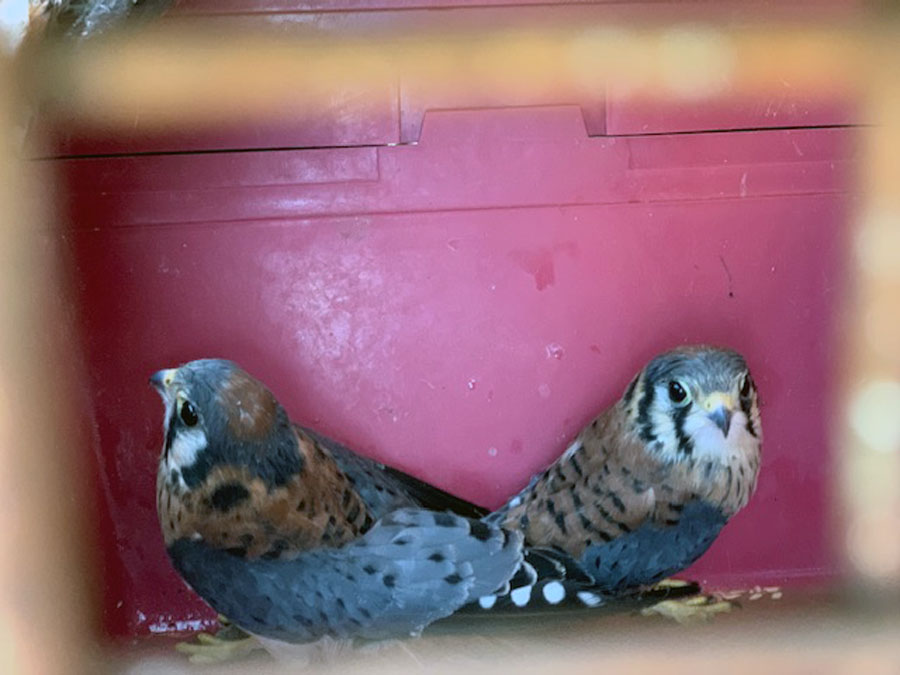 Baby birds and nests with eggs are protected under the federal Migratory Bird Treaty Act.

Baby birds and nests with eggs are protected under the federal Migratory Bird Treaty Act.

On June 29, the Utah Division of Wildlife Resources received a call from a concerned individual about a net covering a bird nest in the eaves of a business in Lehi. The caller had seen several American kestrel (North America’s smallest falcon species) nestlings earlier in the week and then later noticed someone had installed a net over the nest. When DWR conservation officers responded, they discovered the net was separating three baby birds from their parents. Two other nestlings had died, but officers weren’t sure if it was a result of being trapped by the net.

“The parents couldn’t get in to the nest, and the juveniles couldn’t get out, which means the baby birds were going to die,” DWR Sgt. Sean Spencer said. “That’s definitely a problem.”

Due to the height of the building and the nest location, the Lehi Fire Department was contacted to help remove the net and the nest. The three living baby birds were rescued and were able to fly away.

Conservation officers are still investigating, and the person responsible for placing the netting could be cited. Baby birds and nests with eggs are protected under the federal Migratory Bird Treaty Act.

“People are welcome to prevent birds from nesting on or in their homes, but you have to do it before nesting season begins,” Spencer said. “If you have a bird that is nesting and there are eggs or baby birds in the nest, you need to wait until after the baby birds have left the nest in order to remove it and to prevent future nesting. It isn’t a long time frame, so just be patient.”

If a bird appears to be injured, you can call a DWR office for more information on what to do.