SALT LAKE CITY — Spotting a lizard sunning itself on a rock adds a bit of excitement to any outdoor adventure. For some people, collecting amphibians or reptiles that they find in the wild is a popular activity. On Thursday, the Utah Wildlife Board approved a new rule that makes it easier to do just that. 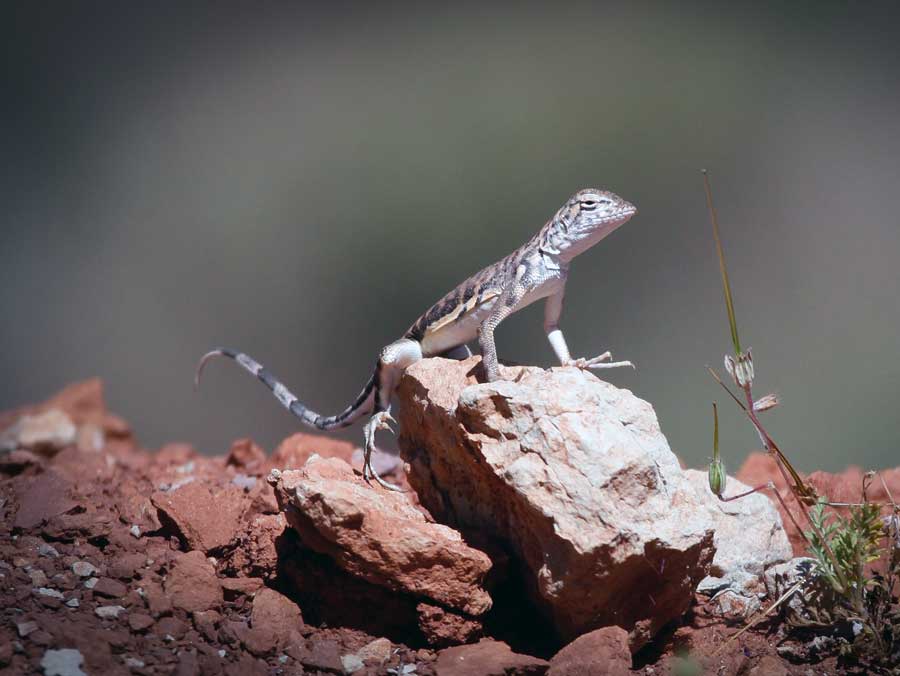 A zebra-tailed lizard sunning itself on a rock.

A zebra-tailed lizard sunning itself on a rock.

Previously, people interested in collecting, possessing and/or breeding native amphibians and reptiles were required to obtain a Certificate of Registration. The process could be complicated, lengthy and sometimes expensive. And most of the highly sought-after native species in Utah were previously categorized as either “controlled” or “prohibited.”

“This proposal was a result of reptile and amphibian enthusiasts wanting easier access, bag limits and a permit to be able to use this natural resource,” DWR native species coordinator Drew Dittmer said. “They wanted to be able to take and engage with these species in a sustainable way and wanted to simplify the process and make it more approachable for the public.”

However, some requirements must be met before people can begin collecting. People interested in taking home a non-venomous reptile or amphibian found in the wild are required to take an online education course, which would cover the laws, safety considerations and conservation ethics. The education course certificate is valid for three years. People are also required to obtain a permit online.

There is also a set bag limit for the number of reptiles and amphibians that could be collected. The bag limit categories vary from species to species and include the following options:

While this new rule is similar to laws that other states have in place, the DWR is including a unique rule that requires people who collect reptiles and amphibians to report online where they found the animals. The person would be required to report this information within 72 hours of capturing the reptile or amphibian. This will help biologists study the activity and distribution of many of the native species.

“There isn’t a good way right now to know how many there are of several of these species,” Dittmer said. “The online community science reporting is exciting and is the biggest thing I’m looking forward to with this new proposal. There are people out there who already monitor reptiles and amphibians in their spare time, so requiring them to report it will give us data that will help us better manage these species.”

If someone is interested in collecting and possessing venomous reptiles like rattlesnakes, they are still required to get a Certificate of Registration. There is also an age requirement of 18 years old. However, even with a Certificate of Registration, people are required to follow their city ordinances to make sure they can legally keep venomous reptiles. And non-native venomous species are still not allowed in Utah without obtaining a variance from the Utah Wildlife Board.

Map of wild turkey transplant sites for next 5 years

The Utah Wildlife Board also approved new wild turkey transplant sites for the next five years. There are between 25,000-35,000 wild turkeys in Utah, and part of the current management plan includes improving hunting opportunities and decreasing human/turkey conflicts, which sometimes necessitates turkeys being trapped and relocated.

The new map identifies 267 locations where turkeys could be relocated in the next five years. Of those release sites, 210 are for existing turkey populations and 57 are new areas for turkeys.

The DWR has trapped and relocated about 10,000 turkeys over the last 10 years. Recording the transplant sites is required by state law, and in the past, they were tracked in a list format. However, DWR biologists felt that a map format would be better because it is more detailed.

“Some of the areas where these birds are transplanted are very big, so using a map allows us to be more specific, rather than using a text list,” DWR upland game wildlife coordinator Dax Mangus said. “These transplanted birds either bolster existing turkey populations or start new populations in an area, and these maps will help us better track them.”