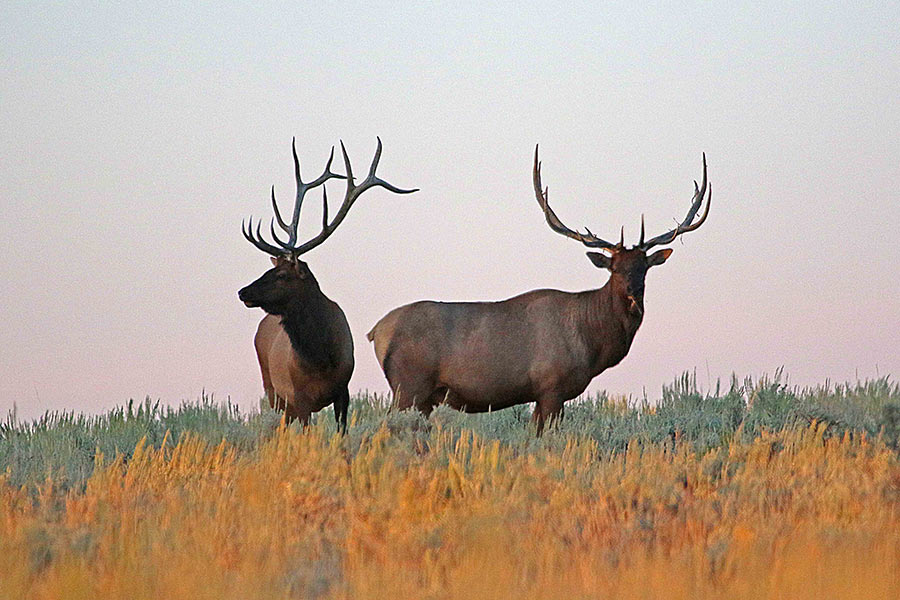 The current statewide elk management plan was approved in 2015 — with an update in 2020 — and is set to expire this month. A diverse 19-person committee was convened to help create the updated elk management plan. The committee included hunters, members from state and federal agencies, conservation groups and academia as well as private landowners, agricultural producers and members of the public. This new proposed management plan will go into effect in 2023 and will guide the state's elk management until 2032, with a review in 2026. The plan was developed using in-depth elk research, the current status of Utah's elk herds and also public surveys.

The new statewide elk management plan outlines a variety of goals and strategies regarding population objectives, ways to preserve and maintain habitat across the state, and different recreation opportunities like hunting.

The individual elk-management unit plans will be revised in 2023 and will go out to the public for feedback if they include changes to hunting unit boundaries or population objectives.

The new management plan includes a few changes to elk hunting in Utah, including:

"The major theme for the elk plan committee — and the resulting plan — was to increase elk hunting opportunity, while maintaining quality, through increased challenge and creativity," Mangus said. "We believe these approved changes will help reach those goals. These changes are all related and provide synergy to the overall management plan, with the general-season hunt changes providing additional opportunities and the limited-entry changes helping maintain the quality of the hunt."

The wildlife board also approved the 2023–24 hunting season dates for big game species, including deer, pronghorn and elk. The season dates for 2024 will remain the same length and during the same timeframes, with adjustments for calendar shifts to maintain the opening day of each hunt on a Saturday. The approved season dates for deer and elk hunting are as follows:

The board also approved a few new general-season deer hunts and pronghorn hunts, due to some adjusted hunting unit boundaries.

"Some of the new hunts and unit boundary changes for deer will allow us to manage the populations and conduct buck hunting on these units at the same scale," Mangus said. "The changes will also allow for more precision in addressing emerging chronic wasting disease concerns in some of the areas."

The board also approved the season dates for the 2023–24 hunting seasons for once-in-a-lifetime big game species: bighorn sheep, bison, mountain goats and moose. Several new hunts were also approved, including:

The Utah Wildlife Board previously tasked the DWR with establishing a technology committee to revisit which types of new technologies and weapons should be allowed for hunting in Utah. A diverse committee of various stakeholders was formed to identify emerging technologies and propose some updated rules. As a result, the DWR recommended a few changes to the weapons allowed in restricted-weapons hunts for archery, handguns, muzzleloaders, shotguns and rifles, including during the HAMS (handgun, archery, muzzleloader and shotgun) hunts.

However, the wildlife board voted to table the vote on the proposal until the board meeting in April to give the technology committee and the DWR more time to flesh out that proposal and the other technology-related recommendations.

The Cooperative Wildlife Management Unit program is a DWR program that allocates hunting permits to private landowners who then provide hunting opportunities to public and private hunters for a variety of wildlife species. The CWMU program in Utah has opened more than 2 million acres of private land to the public for hunting. The program provides an incentive to landowners to maintain their land as open spaces, improve and preserve the areas of their property that serve as wildlife habitat, reduce depredation issues for landowners and work with the DWR to manage for increased wildlife populations.

There are currently 136 CWMUs enrolled in the program across Utah. For 2023, the board approved an allocation of 632 private permits and 101 public permits for the CWMUs. The DWR received 28 CWMU applications for 2023 and the wildlife board approved the following:

For 2023, the DWR received one change request from the Diamond Mountain LOA requesting an additional five deer tags and four additional elk tags, which was approved by the wildlife board during Thursday's meeting. This change was approved because the overall permits, including public permits, were increased for this hunting unit.

The board also approved some minor amendments to the expo permit allocations and approved a bison permit variance request.

You can watch Thursday's board meeting on the Utah Department of Natural Resources YouTube channel.