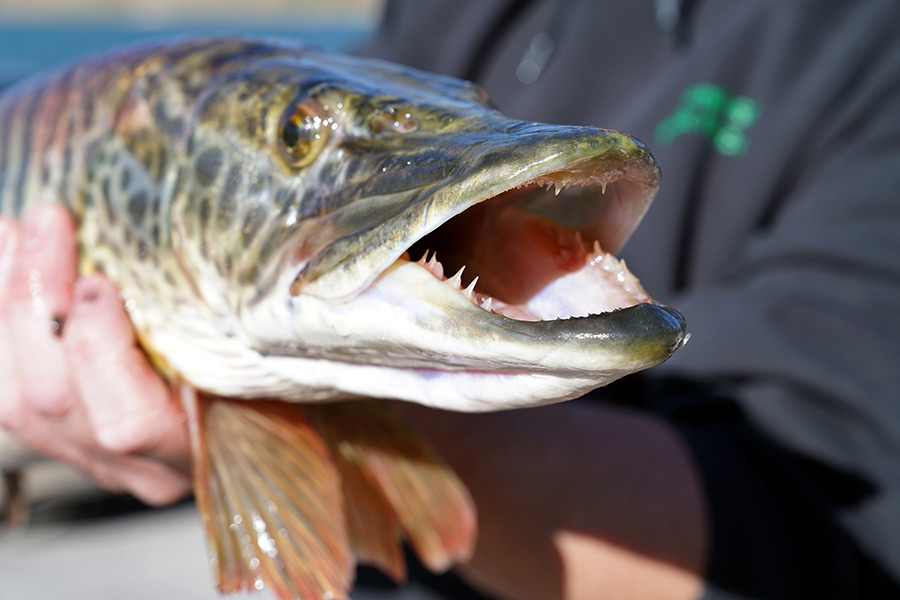 DWR Director J. Shirley issued the emergency change to the 2022 Utah Fishing Guidebook on Wednesday, June 8, to give anglers the opportunity to catch and keep more fish at Johnson Reservoir in Sevier County. The reservoir is being drained so needed repairs to the dam can be completed. It is possible that few fish will survive the draining of the reservoir.

"Johnson Reservoir has some nice-sized tiger muskie, and we want anglers to have the chance to harvest these fish before the reservoir is drained," DWR Southern Region Aquatics Manager Richard Hepworth said. "We recognize the value of these fish, and we are also going to try to salvage some of the tiger muskie and transfer them to other waterbodies during the draining."

The DWR plans to restock Johnson Reservoir with fish after the dam repairs have been completed and there's water in the reservoir.

The increased daily fish limit of four tiger muskie became effective June 8 and will stay in place until Sept. 30, 2022. All other rules established in the 2022 Utah Fishing Guidebook remain in effect.