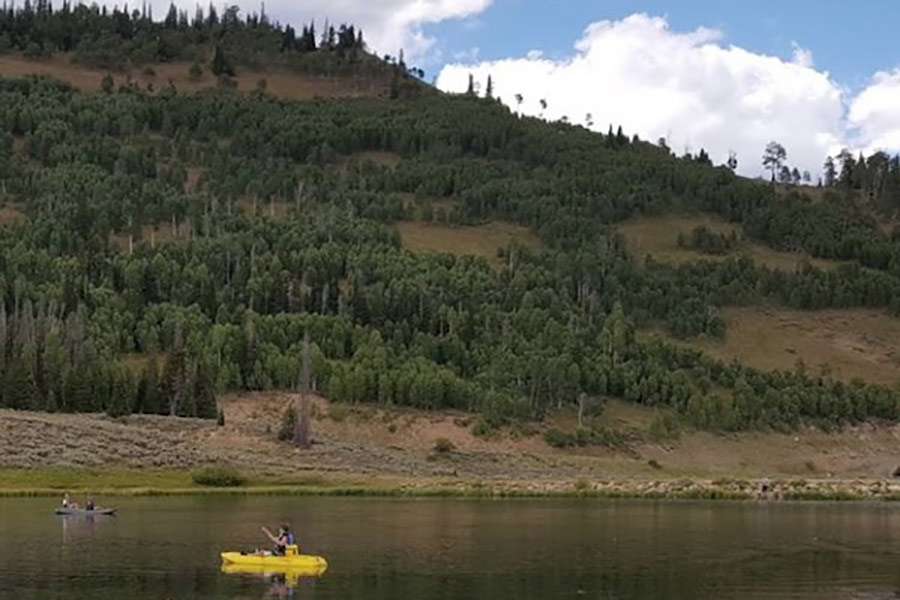 Salt Lake City — The daily fishing limit increased to 16 fish at Boulger Reservoir last week, which will allow anglers to catch and keep more fish before an upcoming mining project in the area requires the reservoir to be drained.

Utah Division of Wildlife Resources Director J. Shirley issued the emergency change to the 2022 Utah Fishing Guidebook on Thursday, May 19 to give anglers the opportunity to catch and keep more fish at Boulger Reservoir in Sanpete County. The reservoir will be drained in the fall when coal mining occurs beneath the waterbody, and it will remain empty until the mining project is finished.

Boulger Reservoir is a popular fishing destination, due to its close proximity to Highway 264 (also known as the "Energy Loop") and Electric Lake. Anglers can catch rainbow trout — which are stocked by the DWR — and cutthroat trout, which enter the reservoir from a tributary. The previous daily fish limit at Boulger Reservoir was four trout.

"We want anglers to be able to harvest more fish at Boulger, so they aren't wasted when the reservoir is drained," DWR Southeastern Region Aquatics Manager Justin Hart said. "We hope people can get out and catch and eat a lot of these fish before that happens."

The DWR plans to restock the reservoir with fish when it's refilled after the mining is completed, tentatively this fall or in 2023.

The increased daily fish limit of 16 trout became effective May 19 and will remain in effect until Jan. 1, 2023. All other rules established in the 2022 Utah Fishing Guidebook remain in effect.