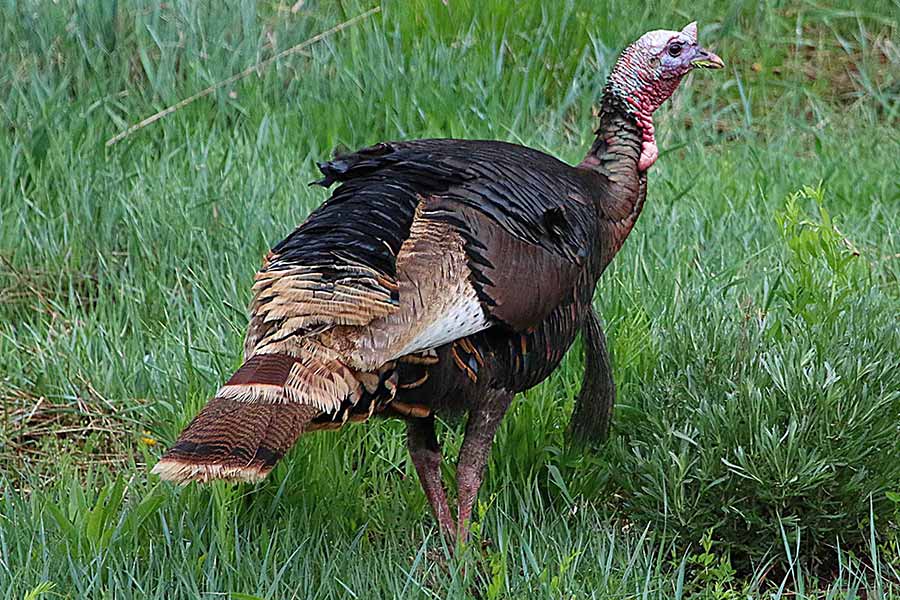 Salt Lake City — The Utah Division of Wildlife Resources is recommending a few changes to turkey hunting and upland game hunting in Utah, as well as some other proposals, and is seeking the public's feedback on the recommendations.

The Utah Division of Wildlife Resources in coordination with the Utah Upland Game Plan Committee — which includes members from a variety of federal agencies, local universities, conservation groups and non-government organizations — is proposing an updated Utah Upland Game Management Plan. If approved, the plan will direct the management of several upland game species in the state for the next 10 years (from 2022–2032). The plan includes three goals, including:

In addition to a new updated management plan, the DWR is also making some proposed changes to turkey hunting. Currently, you can purchase three either-sex permits for the fall turkey hunts. The fall turkey hunt was implemented in 2014 as a way to address ongoing nuisance turkey issues and depredation that result in damage to private property.

"Because these hunts are implemented to decrease the turkey populations in urban/agricultural areas, having hunters harvest female turkeys would be more beneficial to help decrease turkeys in those targeted locations," DWR Upland Game Coordinator Heather Talley said. "However, we noticed that a higher number of male turkeys are being harvested during these fall hunts than we expected."

As a result, the DWR is recommending to only allow each hunter to obtain two beardless turkey permits and one either-sex permit for the fall turkey hunts.

"We realize that some juvenile 'beardless' males, or jakes, will still be harvested during these fall hunts, but by reducing the harvest of bearded birds, it should lead to an overall increase in the harvest of female turkeys during these hunts. Having fewer females will help decrease the localized populations of these birds in urban areas during the winter months when they are most often a nuisance," Talley said. "Because the majority of fall turkey hunts occur on private property, nuisance turkeys that are not harvested will find refuge on public lands or private property where they are tolerated."

During the 2022 legislative session, the Utah Wildlife Board was directed to designate species that could be hunted with air rifles. As a result, the DWR is recommending that air rifles be allowed in hunting rabbits and hares and during the fall turkey hunts.

After a directive from the Utah Wildlife Board to look at ways to update the current Landowner Association program and its allocated hunting permits, the DWR created a diverse committee that had several meetings over the past year to address the issue. As a result, the DWR is proposing several changes to the general-season landowner permits, including:

The public comment period opened on May 3 for each of the five Regional Advisory Council meetings and for the Utah Wildlife Board meeting. Public comments submitted within the online-comment timeframes listed below will be shared with the RAC and wildlife board members at each respective meeting. Members of the public can choose to either watch the meetings online or attend them in person. If you wish to comment during the meeting, you should attend in person — online comments will only be accepted until the deadlines listed below.