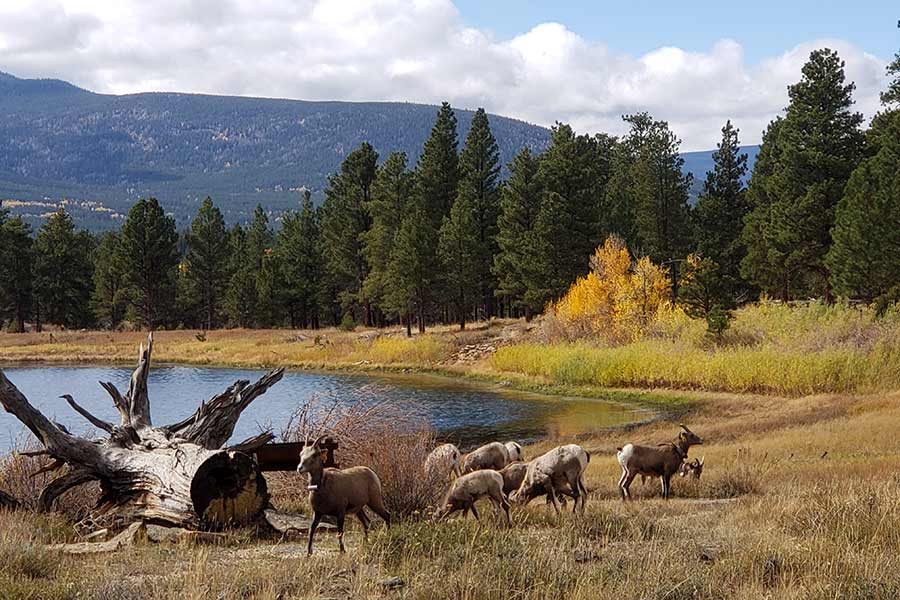 Salt Lake City — Dozens of large wildlife research, conservation and habitat restoration projects have been funded after a record $4.2 million was committed to the projects by participating conservation groups during the annual conservation permit project funding meeting held on Wednesday.

The Utah Conservation Permit Program was launched in 1980 in an effort to increase funding for conservation projects throughout Utah. Each year, the Utah Wildlife Board designates a small percentage of limited-entry and once-in-a-lifetime hunting permits as "conservation and expo permits."

Many of the conservation projects that are funded by these special permits are proposed to Utah's Watershed Restoration Initiative, a Utah Department of Natural Resources partnership-based program launched in 2006. The WRI focuses on improving watershed health and biological diversity, increasing water quality and yield, and improving opportunities for sustainable uses of natural resources. A record number of acres were proactively improved through WRI habitat projects in 2020–21.

Proposals for the projects are due around the first week of January each year. After reviewing all of the proposals, the Utah Division of Wildlife Resources and WRI committees decide which habitat and conservation projects are of the highest priority. They then give the conservation groups an opportunity to review these projects, and the groups determine during the annual meeting which projects to assign funds to. The annual funding meeting has been taking place since 2008, and this year saw a new record for the highest amount of funding committed to projects in a single year.

During the April 6 meeting, DWR biologists presented 96 projects, 80 of which were then partially or fully funded by the conservation groups in attendance. The groups assessed the individual projects' goals, benefits and costs, and then selected the projects they wanted to support.

The project that received the highest funding from the conservation groups was a habitat improvement project taking place on the south side of the Henry Mountains, which garnered $250,000. The project will help restore big game winter range by planting sagebrush and grasses and removing encroaching pinyon and juniper trees on over 1,000 acres.

Most of these habitat projects take multiple years to plan and complete. Funds for these projects become available July 1, with much of the seeding and restoration work being conducted in the fall, during prime planting season.

The expo permits are not auctioned, but rather, are offered once each year through a drawing held at the Western Hunting and Conservation Expo in Salt Lake City. Utahns and nonresidents who attend the expo can apply for these permits. There is a $5 application fee and part of that fee goes to the conservation groups hosting the expo to help pay for costs associated with hosting and running the permit drawing. The other portion of the application fee is used for conservation efforts.

How do these permits benefit Utah hunters?

Since 2001, conservation permits have generated more than $59 million for conservation work in Utah. If not for the revenue from these permits, the DWR and its partners would have much less funding to complete high-priority wildlife conservation projects. The conservation and expo permit funding has led to the enhancement of thousands of acres of critical habitats, the completion of important research to help the DWR better manage big game populations, and in recent years, has provided significant funding for Utah's Wildlife Migration Initiative.