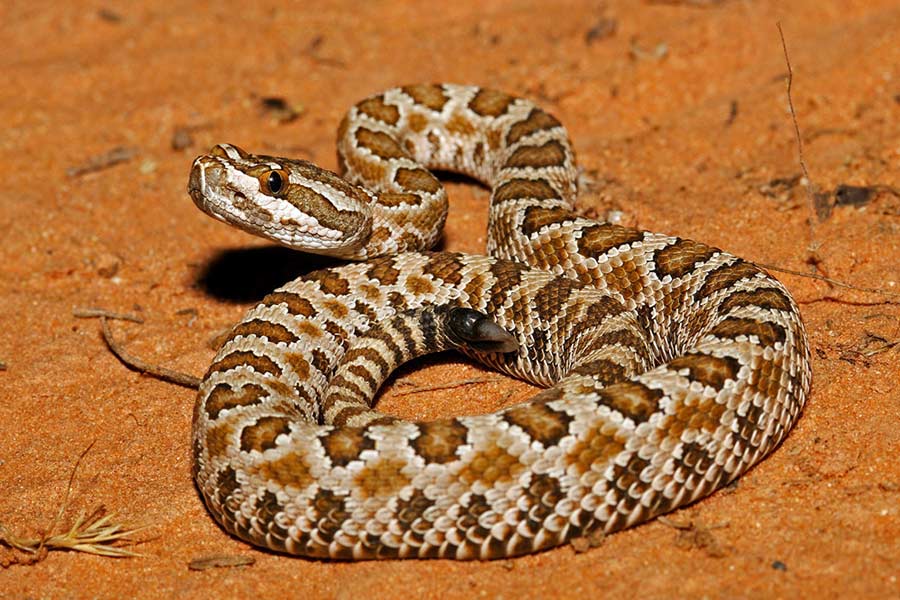 Salt Lake City — With the warmer weather, rattlesnakes will begin emerging from their winter dens, and you may encounter one while hiking or spending time outdoors. Rattlesnakes often strike fear in people, but they shouldn't. Knowing a little about how these reptiles behave and doing a few simple things can go a long way in keeping you and the snakes safe.

There are five rattlesnake species in Utah, the most common of which is the Great Basin rattlesnake subspecies. This is the time of year when Utah rattlesnakes are on the move, looking for water, warmth and rodents. Due to ongoing drought conditions, Utahns may see more snakes in their yards or irrigated fields, as the snakes search for water and prey. Snakes need water, but don't need as much water as most mammals and birds.

Rattlesnakes are most active during the hot summer months at dawn and at dusk, though they can be encountered at all hours. Snakes mainly eat rodents, birds and other reptiles. Rocky, high-elevation slopes are the most common place in Utah to encounter rattlesnakes — typically while someone is out hiking. However, you can encounter rattlesnakes in lower-elevation areas, as well. A rattlesnake's camouflage helps it to blend into its surroundings, so you may pass by a rattlesnake and never know it.

Rattlesnakes are protected under Utah law, making it illegal to harass or kill one. The only exception to this is if you are threatened and defending yourself; otherwise, it is a class B misdemeanor to kill a rattlesnake. They are an important part of Utah's ecosystem and help keep the rodent population in check. Snake bites are quite rare, and harassing or trying to illegally kill the snake greatly increases the risk of being bitten.

"Like most animals, rattlesnakes fear humans and will do anything they can to avoid us," DWR Native Species Coordinator Drew Dittmer said. "However, that changes if a snake thinks it's threatened and there's no way to escape. In that situation, the snake will often strike to protect itself. Just don't approach it — give it plenty of space, and leave it alone. Respect the snake and its space, and you will be safe."

In the rare event that you are bitten by a rattlesnake, remain calm and seek immediate medical attention.

Depending on where you live, you may occasionally find a snake in your yard. Here are some useful tips to help keep rattlesnakes out of your yard:

Gophersnakes (the most widespread and abundant snake species in Utah) are often mistaken for rattlesnakes because when alarmed, gophersnakes hiss and vibrate their tails and are similarly patterned. A rattlesnake's tail is wide and blunt — and tipped with a rattle, of course — while a gophersnake's tail is slender, pointed and lacks a rattle. Rattlesnakes also have broad, triangular-shaped heads and vertical eye pupils, while non-venomous snakes in Utah have longer snouts and round pupils.

However, you shouldn't attempt to get close enough to identify what kind of snake it is. If you can't identify the snake from a distance, leave it alone and treat it as if it were venomous.

You can get additional rattlesnake safety tips on the Wild Aware Utah website. You can also listen to the DWR Wild podcast to learn more information about the rattlesnakes in Utah.