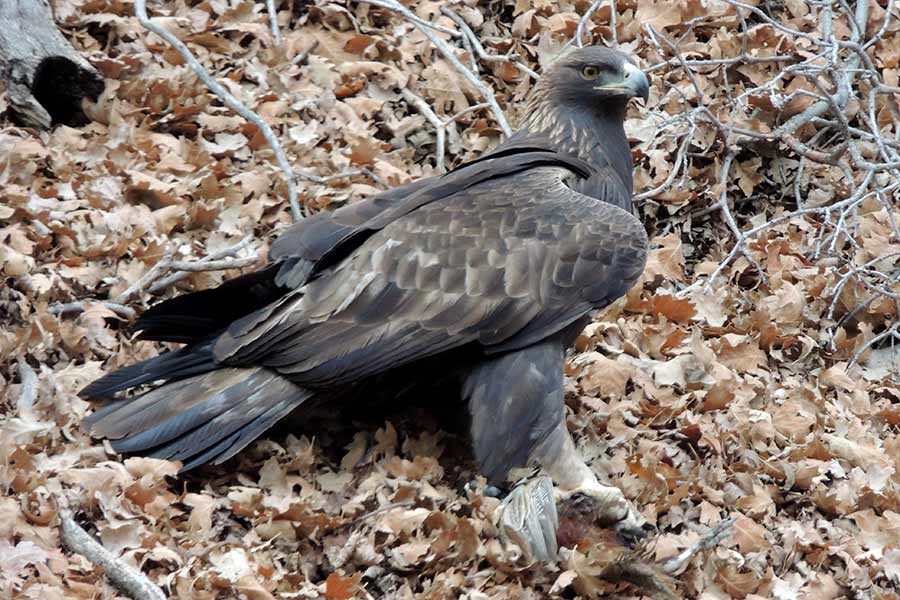 Salt Lake City — While the bald eagle has long been the national bird of the U.S., the golden eagle officially became Utah's state bird of prey after S.B. 116 was signed by Gov. Spencer Cox on Wednesday.

Golden eagles can be found across western North America, from Alaska to northern Mexico. Populations in the northern parts of the golden eagle's breeding range typically migrate south for the winter, but most of the populations in Utah remain in the state year-round. Golden eagles are most commonly found in mountain regions and are a relatively common sight in Utah.

These large birds mainly feed on small mammals, particularly rabbits, marmots and ground squirrels. However, golden eagles have also been known to eat insects, snakes, other birds and other animal carcasses. It is relatively rare for golden eagles to attack large, healthy mammals. They typically look for food in the early mornings and evenings and sometimes hunt in pairs. They can fast for days between feedings.

Golden eagles mate for life and often use the same nest for many years. They typically build their nests on cliffs or in large trees, and usually lay their eggs from late February to early March in Utah. Typically, two eggs are laid at a time and are incubated primarily by the female for roughly 45 days. The baby birds are usually cared for by their parents for 30 days after hatching and can usually fly after only 60 days.

Golden eagles can have a wingspan of up to 7 feet and can fly up to 198 miles per hour. They can also soar for hours.

""These raptors are quite remarkable, and it's exciting to see them be recognized for the important role they play in our ecosystems," DWR Avian Conservation Program Coordinator Russell Norvell said.

The golden eagle isn't the only wildlife to recently be recognized as a new state symbol. The brine shrimp was proposed as the state crustacean during this year's legislative session and in 2019, the Gila monster was named as the official state reptile.