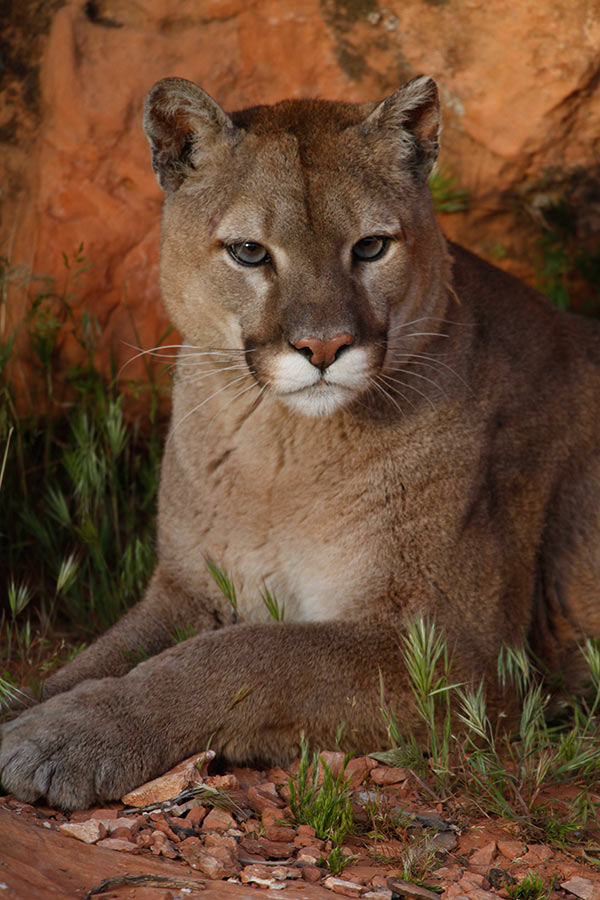 Salt Lake City — The Utah Wildlife Board approved several changes to 2021–22 cougar and bobcat hunting seasons and also approved some additional cow elk hunting permits and a few other items during Thursday's public meeting. The board's goal in approving the additional elk permits was to decrease conflicts and damage occurring on agricultural properties and other habitat areas affected by Utah's severe drought conditions.

As with each wildlife species in Utah, cougars are managed according to guidelines established in a management plan, which includes regulated hunting. DWR biologists make determinations and gather input from hunters, individuals who don't hunt and livestock producers who sometimes have sheep killed by cougars. The plan is then finalized and approved by the Utah Wildlife Board. The current management plan was established in 2015 and expires in 2025.

A law passed by the Utah Legislature in 2020 requires that the DWR director take immediate action if cougar populations are preventing big game populations from reaching their herd-management objectives. The DWR director has implemented predator management plans for 33 of the 53 designated cougar hunting units in Utah — two of the 33 units were added in July. The hunting units with predator management plans are open for unlimited year-round harvest of cougars in an effort to decrease cougar population densities in those areas. Because cougars prey on big game species, reducing those population densities should also decrease cougars' predation rates on mule deer and bighorn sheep populations that have seen significant declines in recent years.

In compliance with the predator management law passed last year, the DWR director also opened a fall spot-and-stalk hunting season for cougars, which will run from Aug. 1 to Dec. 31, 2021. This hunt has been authorized to continue annually during the fall big game seasons. Anyone interested in participating in this hunt may purchase a $30 permit online or at DWR offices and harvest a cougar without the use of dogs during this spot-and-stalk hunting season.

The Utah Wildlife Board approved a few clarifications to the current cougar hunting rules in order to simplify the current regulations. All 53 of the cougar hunting units now either have a "harvest objective" recommended — meaning an approved number of cougars can be harvested in that hunting unit — or the unit will be under a predator management plan with an unlimited harvest. For the 20 units with harvest objectives, the board approved limited-entry seasons on designated units, with a drawing to issue permits to hunters. The number of permits available through the drawing will be equal to the harvest objective for that unit. Once the limited-entry season ends, the unit will open to harvest until the objective is met or until the season ends.

"Our goal is to maintain a healthy cougar population within the current distribution of the species across Utah, while also considering human safety, damages to livestock producers and declines in populations of big game species that cougars prey on," DWR Game Mammals Coordinator Darren DeBloois said. "As part of this, we factor in a proportion of older animals and breeding females in the population."

The board also approved making it illegal to use hounds to harvest cougars that have a GPS tracking collar, with an exception of when a collared cougar is killing livestock. That rule will be in place for the next three years. There are currently over 50 cougars with GPS collars in Utah, and the DWR, Brigham Young University and Utah State University are using data from the collars to study populations, migration, causes of death, impacts that cougars have on deer populations and when they prey on livestock.

The board also proposed some rule change clarifications to make things more consistent, including allowing cougar hunters to use any weapon that can be used to hunt and harvest big game animals.

Utah's bobcat management plan includes three categories for maintaining a healthy population: the number of juvenile bobcats harvested each year, the number of females harvested and a target survival rate for adults. Because two of the three parameters indicated improving bobcat population numbers, the wildlife board approved some slight increases in permits for this year.

The wildlife board approved removing the total permit cap and approving the number of permits to six per person. The DWR is also proposing to add an extra week to the beginning of the bobcat trapping season. The proposed season would run from Nov. 18, 2021 to March 1, 2022.

The wildlife board also approved some additional antlerless elk hunting permits in various areas across the state.

"These permits were proposed to help minimize conflicts and damage that could occur on big game winter ranges, as well as possible conflicts with agricultural properties. These additional elk permits are intended to reduce competition between elk and other big game species on winter ranges and to ensure the overall health of various elk and deer herds," DWR Big Game Coordinator Covy Jones said. "These issues are a result of the severe drought limiting typical habitat and feed for elk and other big game animals across Utah, so these additional permits are being implemented as a proactive measure."

The following permits were approved:

The expo permits are offered once each year through a drawing held at the Western Hunting and Conservation Expo in Salt Lake City. Utahns and nonresidents who attend the expo can apply for these permits. There is a $5 application fee and part of that fee goes to the conservation groups hosting the expo to help pay for costs associated with hosting and running the permit drawing. The other portion of the application fee is used for wildlife conservation efforts and projects.

The wildlife board also voted to postpone receiving public comments on the trail camera recommendations until further surveys could be conducted on the issue. The recommendations regarding trail cameras, the use of night-vision devices and various other big game hunting proposals that were made public for feedback on Aug. 23 will be presented to the public in a future meeting.

You can watch the full meeting on the DNR YouTube Channel.