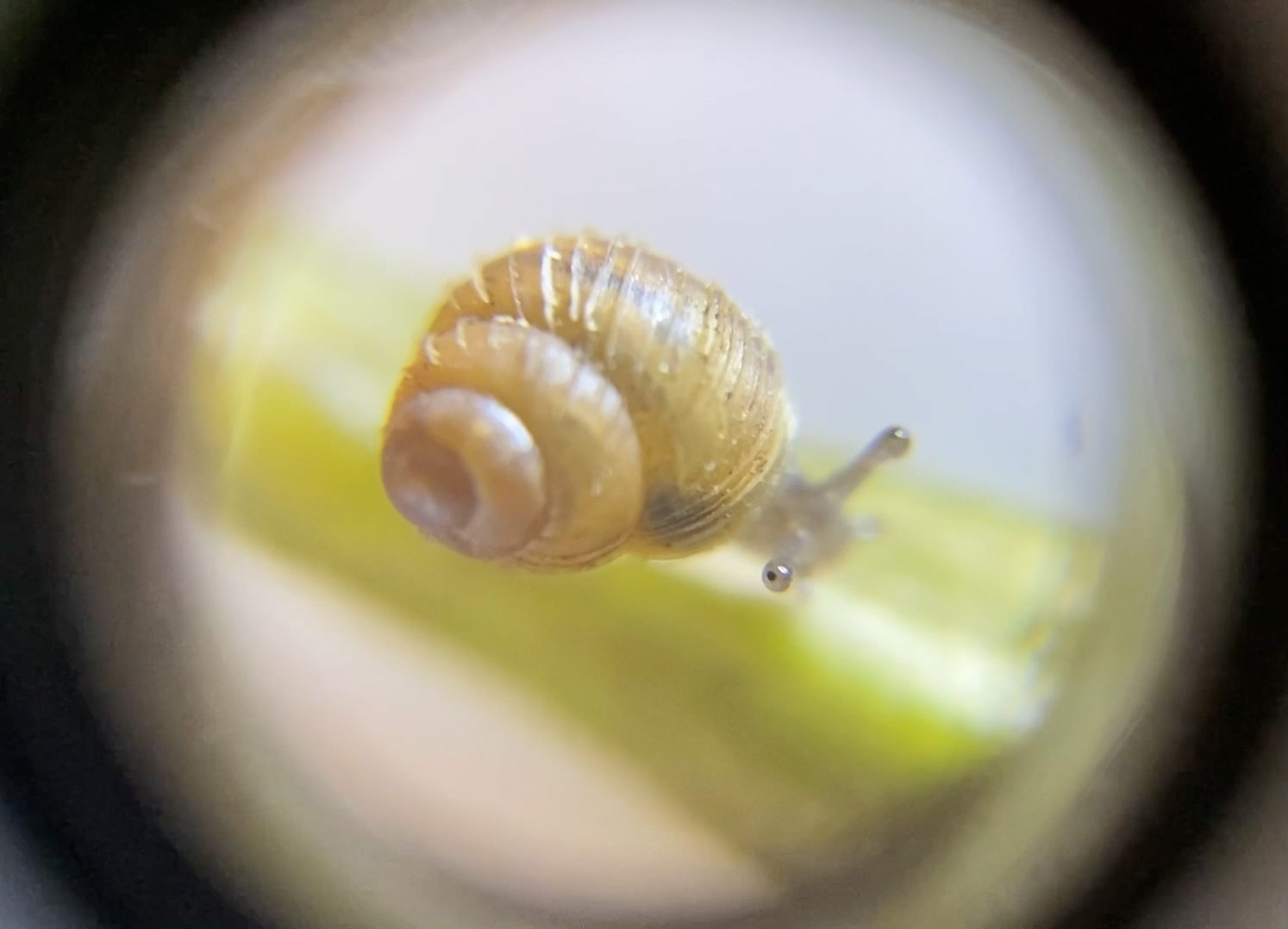 Salt Lake City — Utah Division of Wildlife Resources biologists recently made an exciting discovery during some surveys in the northeastern part of the state — they discovered a new native snail species that has never before been found in Utah.

The boreal top snail is a tiny land snail that only measures about 4 millimeters in length as an adult (about the size of a grain of quinoa). This species has a unique shell that is very different from other land snails in Utah. It is reddish-brown and cone shaped (taller than it is wide) with ribbing along the bottom spirals. Like most other land snails, this species is most active in the spring and fall, when temperatures are mild and moisture levels are higher. The snails were all discovered under fallen logs, at or near the bottom of the canyons, in mountain forests dominated by fir trees.

Distribution records for this species of snail are fairly scarce, but it has been confirmed in various parts of the world, including Japan, Scandinavia, the Swiss Alps, northern Russia, Canada and several states in the northern U.S. Although this is the first time the species has been found in Utah, biologists believe these new locations in the Uinta Mountains to be part of the snail's native range.

"Finding a new species is very exciting because it shows that there are still many things to be learned and discovered when it comes to the natural world, and it shows that there is still a lot that we don't know yet," DWR Native Aquatics Biologist Jordon Detlor said. "That excitement and spirit of discovery is what drew me into the field of natural resources."

Native snail management is fairly new in Utah, but DWR biologists are conducting surveys across the state to learn more about the different species, their distribution and how to reduce or eliminate threats to snails to better conserve them. Many of the native aquatic snail species are being threatened by non-native species, like New Zealand mudsnails and illegally introduced pet fish, that compete for food and sometimes even prey on the native snails.

"Because land snails feed on living and dead plant material and help break down leaf litter and rotting wood, they are an important piece of the puzzle for healthy, functional ecosystems," Detlor said. "They in turn are a food source for different insects, small mammals and even some birds, including grouse and turkeys. Snails are part of the rich diversity of wildlife that we enjoy here in Utah."