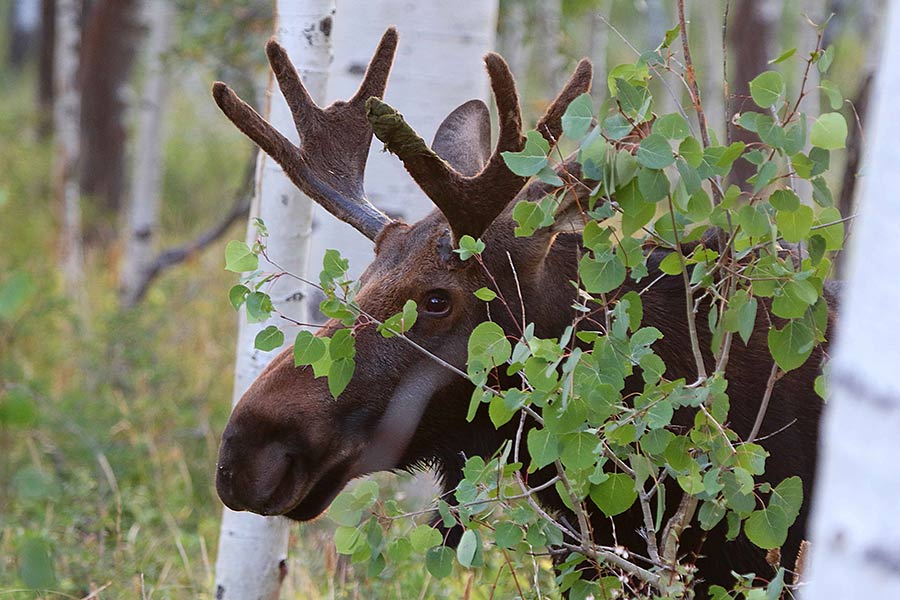 Salt Lake City — You are in the middle of a hike to your favorite waterfall. You come around a corner and notice a large moose in the middle of the trail. What should you do? Here are a few things to know about moose in Utah and how to avoid conflicts with them:

Due to drought conditions this summer, people may see more moose in urban areas in search of water sources. Moose are also more impacted by ticks during drought seasons because winter ticks have a higher survival rate during mild winters and springs, like we experienced this year. Utah Division of Wildlife Resources biologists have reported up to 10,000 ticks on a single moose. As a result, people may see an increase in "white moose" in Utah next spring, due to the animals rubbing off hair in an attempt to get rid of the ticks.

Adult moose can weigh between 800 to 1,200 pounds, and bulls can stand 6 feet tall at the shoulder. Due to their large size, moose can be dangerous when they feel threatened. In some areas of the U.S., wildlife agencies report that more people are injured by moose than bears each year.

"In my years of working with wildlife, I have dealt with bears, rattlesnakes, cougars and moose, and the only species that I've had turn and come back at me was a moose," Utah Division of Wildlife Resources Big Game Coordinator Covy Jones said. "People often underestimate how aggressive they can be."

"Like with most wildlife, if you give moose plenty of space and don't try to get too close, it will help keep you and them safe," Jones said. "Our biologists relocate numerous moose in urban areas every year, and we really want people to admire these amazing animals from a distance and stay safe."