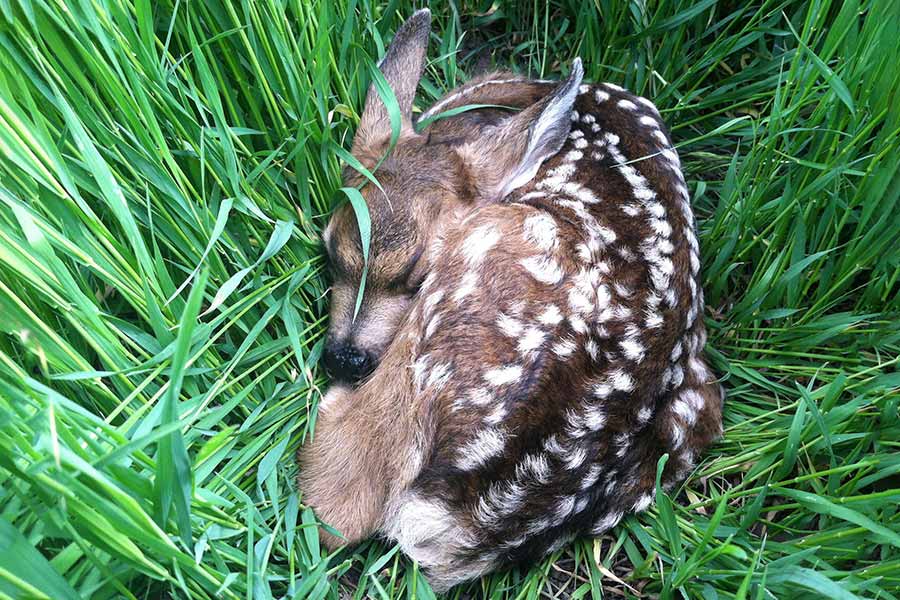 Salt Lake City — As you are out hiking and camping this summer, don't be surprised if you come across a deer fawn or an elk calf during late May or early June. If you do see one, the Utah Division of Wildlife Resources requests that you not touch, try to feed or take the baby animal home — doing so can have fatal consequences for the animal and could result in injury to you.

Deer fawns and elk calves are often born in June, which is why you may find one during your outdoor adventures in early summer. If you do happen to see one in the wild, you probably won't see its mother. Not seeing its mother might lead you to believe that the animal has been abandoned, but that is rarely the case.

"Newborn fawns are actually alone and isolated during their first weeks of life — and that's on purpose," Utah Division of Wildlife Resources Big Game Coordinator Covy Jones said. "The mother knows that leaving the fawn alone is the best way to protect it from predators."

Newborn big game animals fall into two categories: followers and hiders. Followers include bison calves and bighorn sheep lambs, which follow their mothers shortly after they're born. Hiders, such as mule deer fawns and elk calves, do the opposite — they hide, alone, for most of the day.

Fawns are born with a creamy brown coat that's covered with white spots. This camouflaged coat allows the fawn to blend in with its surroundings. Fawns also don't give off much scent, so it's difficult for predators to smell them.

Hiding is the best way for fawns to stay safe right after they are born. Then, after two or three weeks, the fawn grows strong enough to start accompanying its mother.

"Drought conditions are very hard on pregnant does and newborn fawns, in particular," Jones said. "The lower food supply due to the drought leads to poor body condition for the adult deer, which could lower adult survival rates, may lead to stillborn births, or can lead to low birth weights and decreased newborn fawn survival. Especially this year, please help the wildlife by not disturbing them."

What to do if you see a deer fawn or an elk calf that appears to be alone:

"Keeping your distance and not touching wildlife are the keys to keeping young animals alive," Jones said.