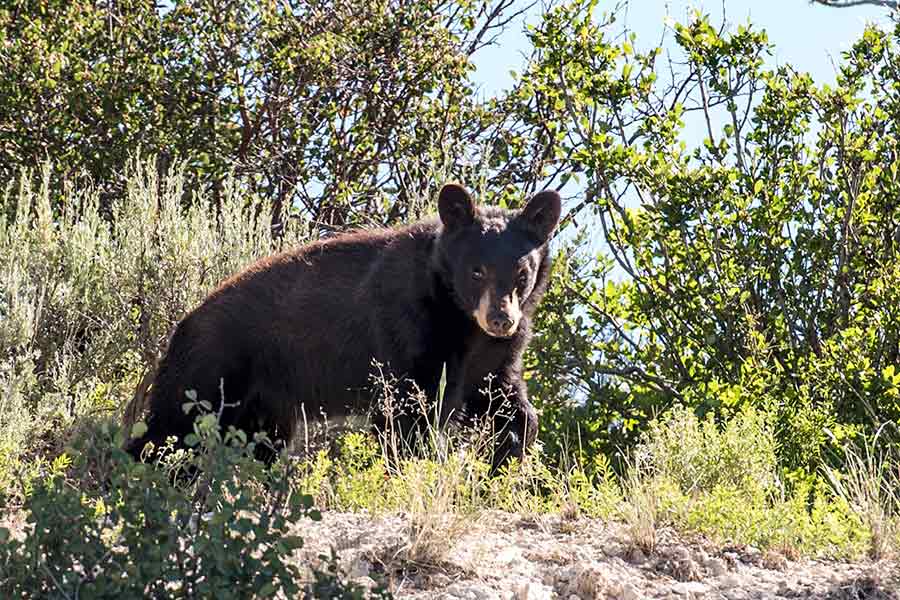 Bear conflicts often increase during a drought year; here's how to stay safe

Salt Lake City — Utah is black bear country, and the likelihood of conflicts with bears increases during a drought year when a bear's normal food supply is decreased, leading them to seek alternate food sources.

Black bears live and roam throughout much of Utah. Black bears are the only bear species currently in Utah, and they have an amazing sense of smell. They also have no problem eating the same type of food that people eat. As a result, many of the conflicts between people and bears happen because the bears start scavenging for the food that humans are eating and cooking in the bear's natural habitat.

"Even though they're incredibly strong and surprisingly fast, black bears will typically do everything they can to avoid people," Darren DeBloois, Utah Division of Wildlife Resources game mammals coordinator, said. "When a bear finds food, though, that all changes. Once it finds food, a bear will often become aggressive toward anything it perceives as threatening the area where it found the food — that includes people."

Bears came out of hibernation a little earlier than usual this year, due to the low snow conditions and early warm weather. The drought conditions impact plants and other root-like vegetation, which make up 90% of a black bear's diet, so DWR biologists think bears may be looking for alternate food sources in other areas this year.

"This lower food supply could lead to more bear conflicts this summer as bears look more broadly for food," DeBloois said. "We are already getting reports in some areas of the state where bears are getting into people's garbage scavenging for food. Bears could be more aggressive this year than normal as they try to obtain food, so we really want people to be aware and do all they can to eliminate food sources and not draw a bear to their area."

Here are a few simple tips to keep both you and the bears safe while you are out recreating in their territory or if you live in the foothills or canyons of Utah:

Bear-proof your food and supplies

Store your food, snacks and scented items (such as deodorant and toothpaste) in an area where a bear can't get to them. Do not leave them out on tables or keep them in your tent. Storing them in a locked trailer or locking them in the trunk of your car are both good options. Storing food and scented items in these areas will reduce the chance that a bear smells them. And, if a bear does make its way to the area where you're staying, if it isn't rewarded with food, it will likely move on.

After you've finished eating, thoroughly clean utensils and anything else that was used to prepare or eat the food. Don't dump oil or grease from pots or pans onto the ground. Instead, put the oil or grease in a container, and take it home with you. By keeping your campsite or cabin area clean, you reduce the chance that a bear will smell food and trash, and be lured to your camp.

"If a bear visits the area after you leave and then someone comes into that area to camp, you've created a potentially dangerous situation," DeBloois said.

This may seem like common sense, but it's worth noting. Although bear cubs may seem cute, you should absolutely never feed one — or an adult bear for that matter. They are wild animals and natural predators.

Once a bear loses its fear of people, wildlife biologists and conservation officers are left with something they dread: having to euthanize an animal to keep the public safe. By not providing a bear with food, you can help keep it safe too.

"We got into the wildlife profession because we love wildlife," DeBloois says. "We enjoy managing and protecting animals so Utahns can get outdoors and enjoy them. Having to euthanize an animal — because someone didn't do something as simple as keeping their campsite clean and storing food in a secure area — is tough. Please don't put us in that situation."

Many bear reports that the DWR receives involve bears getting into trash cans or dumpsters in neighborhoods and at cabins. Make sure to store your trash in a secure location or bear-proof container. If you don't have access to a bear-safe garbage can or dumpster, make sure to store your garbage can in your garage and put it out for pick up in the morning, rather than the night before. Also, make sure to clean your trash container regularly to eliminate some of the odors that attract bears. 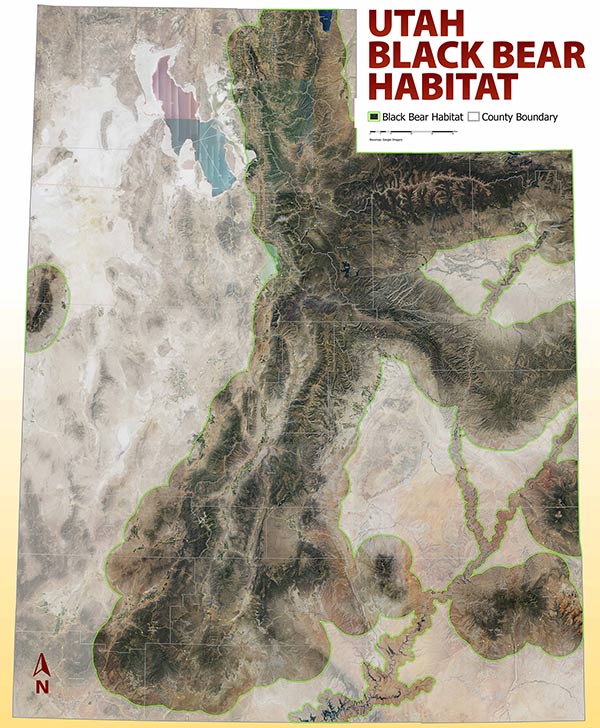 Utah is bear country, and especially so if you live in the foothills or other mountainous parts of the state. It is important to properly secure or clean yard items that may attract a bear. Some of these include:

Know what to do if you encounter a bear

For more tips on staying safe around black bears, visit the DWR website and the Wild Aware Utah website. A video about bear safety is also available on the DWR YouTube channel.