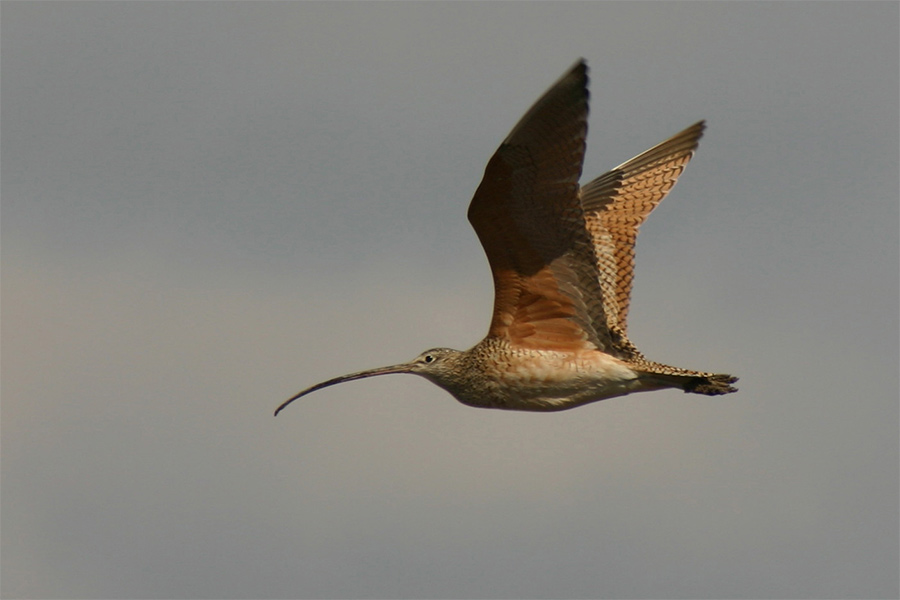 Gov. Cox declares 2021 as Year of the Shorebird at Great Salt Lake

"This declaration signals and highlights the importance of Great Salt Lake's ecosystem for many of our bird species," Utah Department of Natural Resources Executive Director Brian Steed said. "We also greatly appreciate the many partnerships that work to study and help preserve this unique ecosystem for the benefit of wildlife and others."

The Western Hemisphere Shorebird Reserve Network conserves shorebird habitat through a network of key sites across the Americas. Currently, there are 107 sites in 17 countries covering 38 million acres. Partners at each location commit to conserving and managing sites to benefit breeding, migrating and wintering shorebirds. Thirty years after its designation, Great Salt Lake continues to play a vital role in providing for shorebirds, with some species migrating from their wintering grounds at the southern tip of South America to their breeding grounds in the Arctic tundra, using Great Salt Lake as a stopover site to rest and refuel during their journeys each spring.

"Great Salt Lake is a hub for migratory birds throughout the Americas, and the people of Great Salt Lake have also created a hub of collaboration, connecting communities and cultures whose livelihoods and welfare depend on the conservation and wise use of the natural habitats which are critical to shorebirds and other migratory species," Western Hemisphere Shorebird Reserve Network Executive Director Rob Clay said.

In addition to its Western Hemisphere Shorebird Reserve Network designation, both the National Audubon Society and Birdlife International recognize five bays of Great Salt Lake as "Globally Important Bird Areas," with the lake and its associated wetlands providing important habitat for more than 10 million migratory and breeding shorebirds, waterfowl and other water birds each year.

Earlier this spring, Gov. Cox issued an executive order declaring a state of emergency due to drought conditions and a well-below normal snowpack. With Great Salt Lake currently standing just over a foot above its lowest level in recorded history during the time of year when the lake is normally at its highest levels, the timely declaration is a good reminder that in order for the lake's ecosystem to thrive, all Utahns must do their part to try to conserve water.

Many organizations and partnerships have been instrumental in protecting migratory birds, including shorebirds, at Great Salt Lake and its wetlands including: