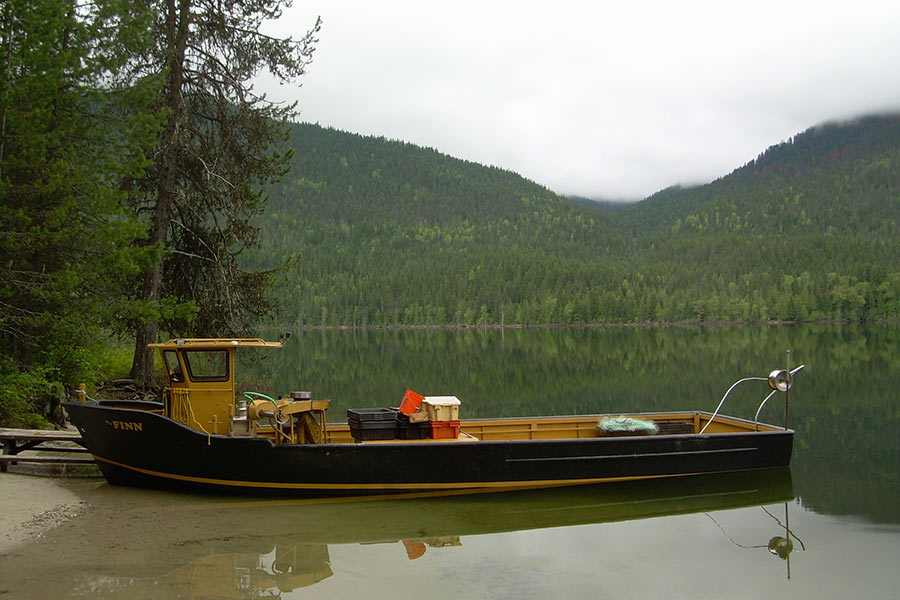 Bear Lake — Bear Lake is a unique, trophy lake trout fishery that is home to 13 different species of fish — four of which are found nowhere else in the world — making this lake one of the West's natural treasures.

Lake trout, in particular, have a long history in Bear Lake — the fish species has been there for over 100 years. While lake trout have been known to conflict with other fish species in lakes throughout the western U.S. due to being a large predator species, these fish are often compatible with other species when managed appropriately. Balancing the number of predators, like lake trout, with their prey base requires frequent monitoring and evaluation. In an effort to better control the lake trout populations, the Utah Division of Wildlife Resources began stocking sterile lake trout at Bear Lake in the early 2000s.

As part of the ongoing monitoring and evaluation of the lake trout at Bear Lake, fisheries managers with the Idaho Department of Fish and Game and the Utah Division of Wildlife Resources will begin a collaborative project in early June. The research project will assess the effects of 20 years of stocking sterile lake trout on the size distribution, age and fertility of the lake trout population in Bear Lake. This project is being done concurrently with another Idaho Department of Fish and Game project, which will involve transferring 400 sterile lake trout from Bear Lake to Stanley Lake in Idaho. For more details on that project, click here.

In order to efficiently collect a reliable sample of lake trout for the research projects, a commercial fisheries research contractor will deploy large-scale gillnetting equipment around the lake for roughly 10 days in early June.

"The large nets and short timeframe will allow us to collect more fish, while minimizing any impacts to the lake trout collected, as well as to any other fish that we may catch in the nets," Idaho Department of Fish and Game Regional Fisheries Manager Greg Schoby said. "Aside from the 400 lake trout being relocated, all other lake trout will be released back into the lake after the project so anglers can continue to fish for them."

"The 400 lake trout being removed represent less than 10% of the population at Bear Lake, and we do not anticipate any biological or angling impacts associated with this project," Utah Division of Wildlife Resources Sportfish Coordinator Randy Oplinger said. "We stock 17,000 sterile lake trout into Bear Lake each year, and we will receive valuable information from the sterility assessment of this research project."