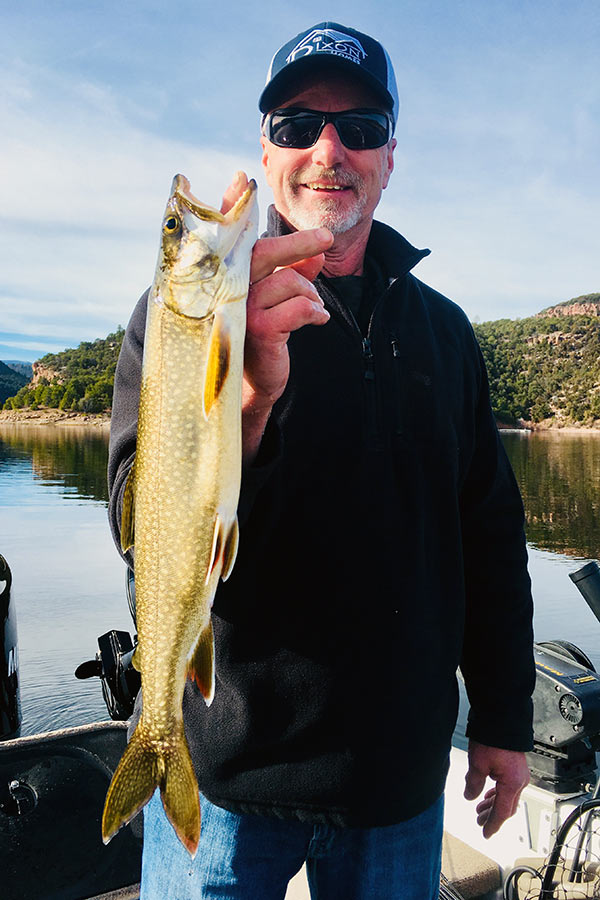 Vernal — Several agencies are asking for anglers to keep any lake trout under 25 inches that are caught at Flaming Gorge, in an effort to improve the health of the fishery. An annual fishing tournament (that was canceled last year due to COVID-19 concerns) will resume this year to incentivize anglers to help in this effort.

"In the 1990s, an 8-year-old lake trout was about 30 inches long," Ryan Mosley, DWR lead fisheries biologist at Flaming Gorge, said. "Today, an 8-year-old fish is about 23 inches long. On top of the decreased length, the number of small lake trout in the reservoir has increased, and we're concerned the situation is going to get worse. We're managing for a balanced fishery of predators and prey, and currently, there are too many predators. Reducing the number of small lake trout now will mean healthier lake trout in the future, while also increasing the survival of trout and salmon that are highly sought after by anglers. They're already growing slower and unless we can 'thin the herd,' it will only get worse."

Angler harvest can be an effective tool for managing fisheries. Harvesting and reducing the number of smaller lake trout would provide more food for the remaining fish to eat, which would do two positive things:

"Many anglers don't realize the smaller lake trout are quite tasty," Mosley said. "They're one of my favorite fish to eat. In Flaming Gorge, only kokanee salmon rival them in taste."

The lake trout daily limit is 12 lake trout, with only one of the fish exceeding 28 inches. Anglers also have a two-day possession limit of lake trout at Flaming Gorge. During the spring, lake trout forage close to the shoreline, so anglers should have excellent opportunities to fill their limits.

"Anglers are fundamental to helping control the number of lake trout in the reservoir," Mosley said. "Many anglers don't fish the Gorge's open water this time of year, so there's very little fishing pressure. It's a great time to get out and target these smaller fish."

The Mac Attack Derby is scheduled for April 24–25 and is open to both boating and shoreline anglers. Each angler can submit 12 lake trout less than 25 inches each day of the tournament. Prizes will be awarded for the most pounds of lake trout turned in during the two-day fishing tournament.

"We hope efforts like this derby serve as an educational opportunity to address growing concerns about lake trout and the overall health of the fisher at Flaming Gorge," Mosley said.

For more information and to register for the tournament, visit the Wyoming Game and Fish website or the Flaming Gorge Chamber of Commerce website. If you have questions about specific locations or techniques to target smaller lake trout at Flaming Gorge, call Mosley at 435-885-3164.