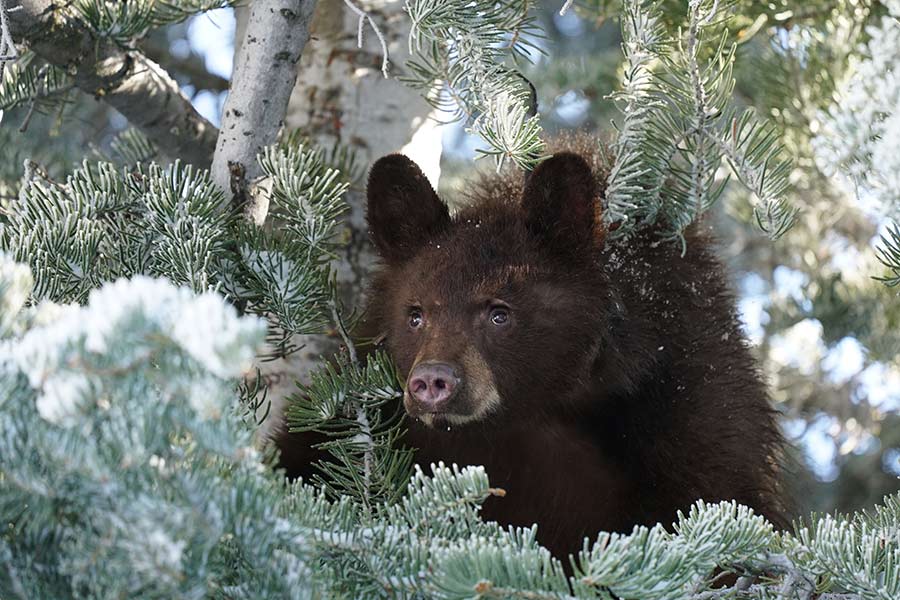 Salt Lake City — The Utah Division of Wildlife Resources is recommending a few minor updates to the 2021 Black Bear Management Plan in order to comply with legislative changes passed this year, and wildlife managers are asking for the public's feedback.

The current Black Bear Management Plan was approved by the Utah Wildlife Board in 2019 and will be in its third year of the three-year recommendation cycle in 2021. As such, the DWR is not recommending any changes to black bear hunting season dates or permit numbers this year.

The changes being recommended are to update the management plan so it complies with the recent legislative changes passed earlier this year. A law passed during the 2020 legislative session authorizes the DWR director to take immediate action (under certain conditions) when a big game population is under the established herd-size objective for a management unit. Because black bears sometimes prey on deer fawns, predator management plans will be implemented to decrease bear population densities in some areas of the state. Reducing those population densities should also decrease the predation rates on mule deer populations that have seen significant declines in recent years.

New data from GPS collars helps DWR biologists determine the cause of death for many species. When biologists determine that predators, including black bears, are preventing the growth of big game populations, the big game populations are under their management objectives, and several other conditions are met, the predator management plans are implemented for that area.

Here is a look at the recommended changes:

The plan also requires that all harvest data for the state (adult male 5 years and older and females in the harvest), when considered together, may not be outside the performance target ranges identified in the moderate harvest strategy. This change would not consider predator management plan units in the statewide assessment of harvest data.

"We feel that these changes to the plan will help us align with the legislative requirements to help prevent predators from decreasing big game population numbers, while also maintaining healthy bear populations," DWR Game Mammals Coordinator Darren DeBloois said.

In 2020, 1,190 black bear hunting permits were issued, and 443 bears were harvested, an increase from 369 bears harvested in 2019. Depredation incidents involving bears killing livestock or damaging agriculture were up slightly this year, but the overall costs of damage have decreased for the third year in a row.

In order to follow health officials' recommendations to decrease the spread of COVID-19, the public meetings for these proposals will be held online. You can view the biologists' presentations and share your feedback about them here on the DWR website. The presentations can also be viewed on the DWR YouTube Channel, but comments can only be submitted through the forms on the DWR website.