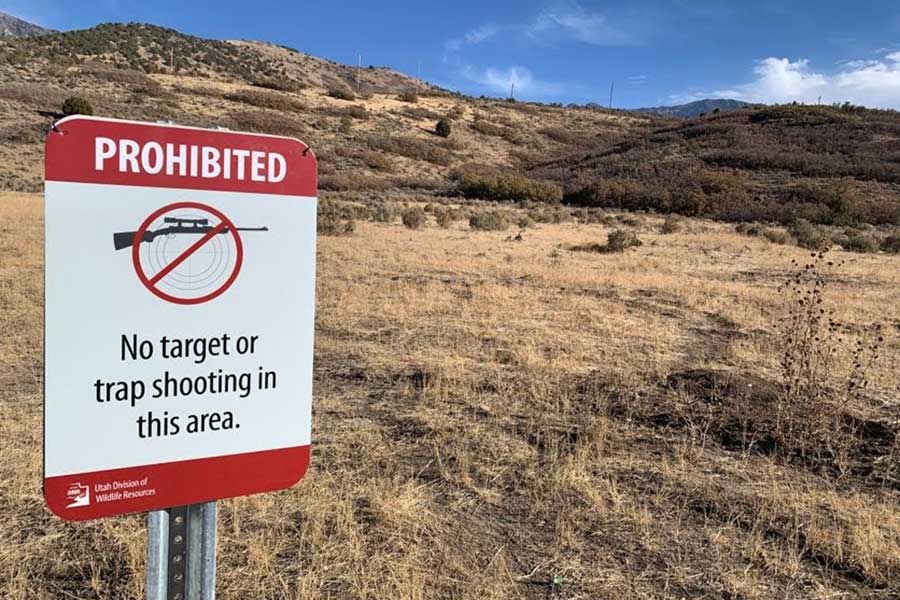 Salt Lake City — The Utah Division of Wildlife Resources announced Nov. 4 that part of the Santaquin Wildlife Management Area (WMA) will be permanently closed to recreational shooting of firearms, due to safety concerns about shooters hitting nearby homes.

The DWR received reports of stray bullets hitting homes in a new subdivision on the south end of Santaquin City in April 2020. The bullets were believed to come from target shooting that was taking place on the nearby Santaquin WMA.

After receiving the report, DWR personnel met with Santaquin City representatives, Utah County officials and law enforcement on May 4 regarding the incident. Warning signs were posted in the gravel pit area in South Santaquin, informing the public of nearby homes and directing target shooters to shoot in a different, safe direction.

However, despite posting the warning signs in parts of the WMA, DWR officials still received reports of stray bullets hitting near homes and other developments in the area. After continued coordination with city and county representatives, the DWR has decided to permanently close part of the WMA to target shooting out of safety concerns for the growing number of homes in the area. The Debris Basin area of Santaquin Canyon and the area north of Powerline Road have both been closed to the recreational shooting of firearms, effective immediately. Individuals who do not comply with the target shooting closure may be cited.

"Due to the growing population across the Wasatch Front, we wanted to take a proactive approach to keeping people safe in the area around our Santaquin WMA," DWR Regional Supervisor Jason Vernon said. "There are still other WMAs where people can safely target shoot, and we encourage the public to use those areas, as well as established shooting ranges along the Wasatch Front."

Public access to Powerline Road will be closed Dec. 1, as usual, during the WMA's annual winter closure to protect wildlife species.

Here are some important gun safety guidelines that anyone target shooting with a firearm must follow: 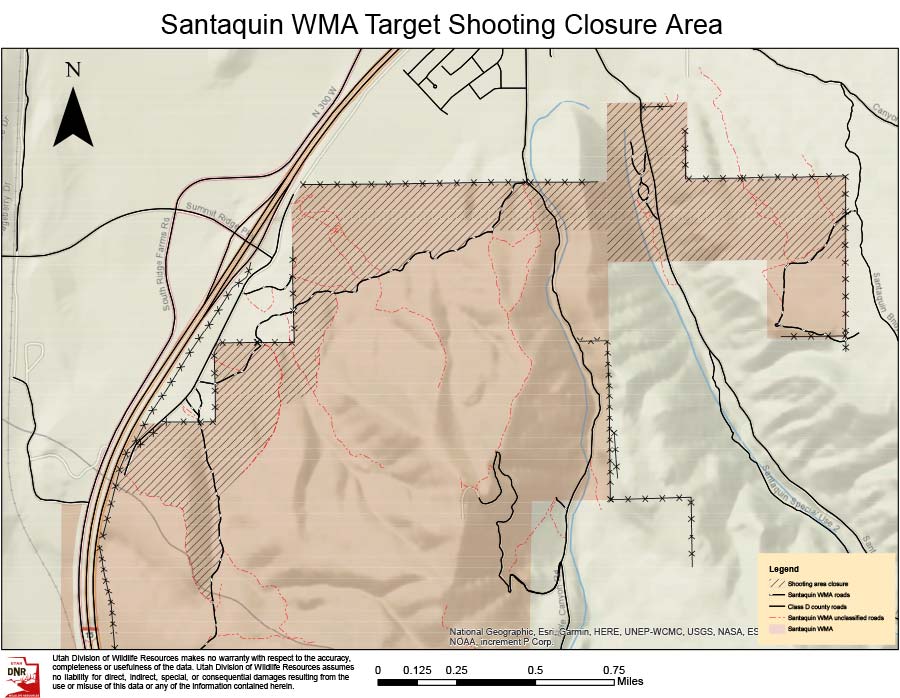