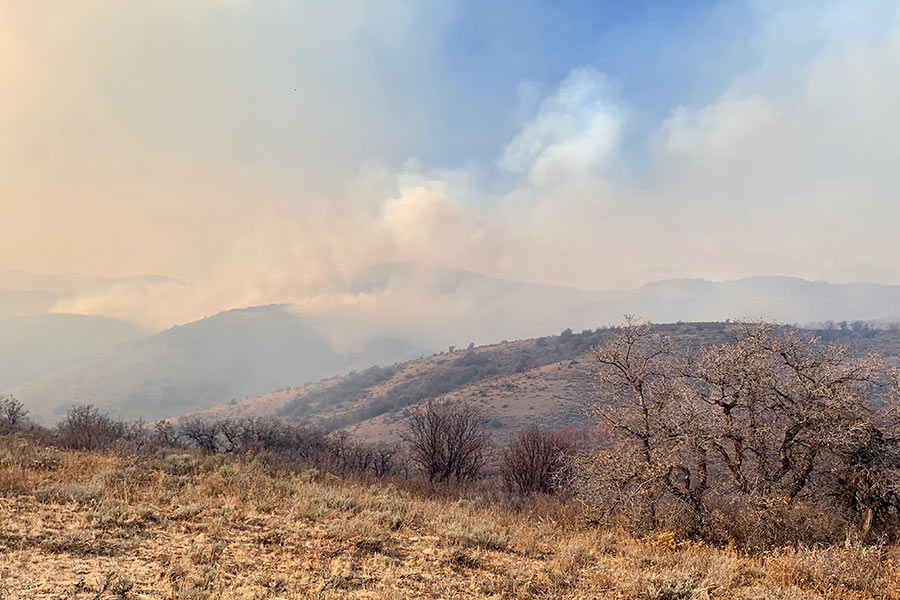 Update: The closure is no longer in effect; Henefer-Echo Wildlife Management Area reopened to the public Oct. 22 at 5 a.m.

Salt Lake City — The Utah Division of Wildlife Resources issued a temporary emergency closure of the Henefer-Echo Wildlife Management Area Saturday due to a wildfire burning on the WMA.

Several hunters who were on the WMA for the opening day of the general-season rifle deer hunt spotted the wildfire on a ridge between Bald Canyon and Fire Canyon and reported it to officials. Several DWR conservation officers responded to the fire, along with the North Summit County Fire Department, Summit County Sheriff's Office and several other agencies.

Due to extremely dry conditions, the wildfire quickly spread, and a second fire also started in the area near the main entrance to the WMA, just north of the town of Henefer. DWR officers helped shuttle several hunters out of the area who were trapped between the two fires.

The WMA is closed effective immediately, and people should stay out of the area until the wildfire, named the Fire Canyon Fire, is under control and the closure is lifted. The DWR will re-evaluate the emergency closure in 24 hours.

The wildfire has unfortunately burned through some big game winter range habitat on the WMA.

The cause of the fire is under investigation. For details about the acreage burned by the fire and the current containment, contact the Utah Division of Forestry, Fire and State Lands.