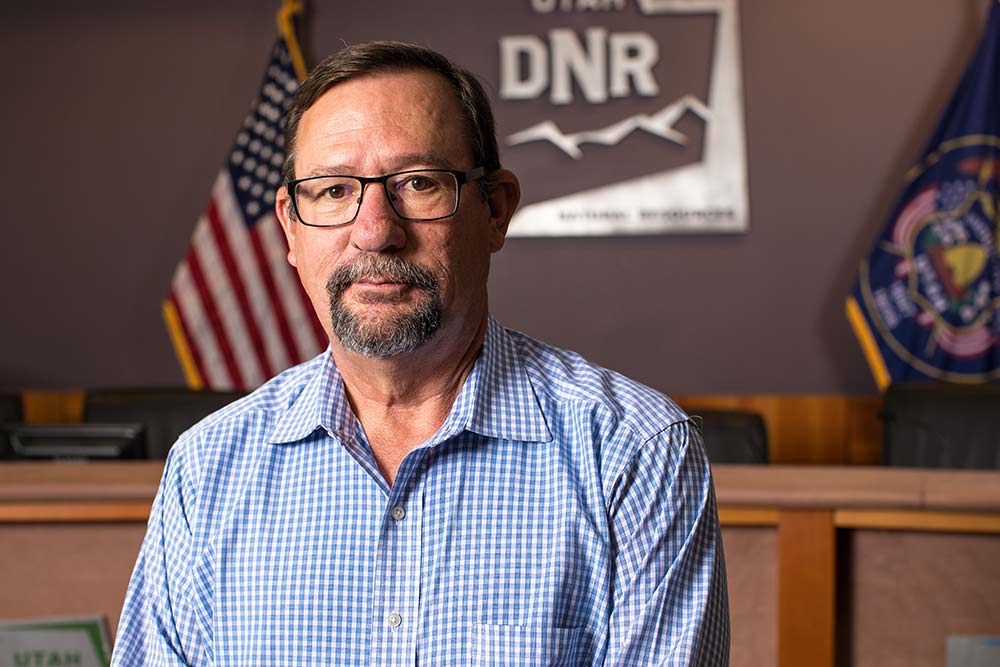 Salt Lake City — Mike Fowlks, the Utah Division of Wildlife Resources director, announced his retirement Wednesday after 27 years of service with the division. His retirement will be effective Jan. 1, 2021.

A resident of Murray City, Fowlks joined the DWR in 1993 and became director in 2017 after serving as a deputy director since 2012. He served on the Pacific Flyway Council for eight years, and in a variety of leadership roles for the Western Association of Fish and Wildlife Agencies, including as president.

Under Fowlks' leadership, the division implemented new technology to improve customer service and wildlife management, including utilizing direct electronic communication to better serve customers and launching the GIS wildlife tracking and public website for the Utah Wildlife Migration Initiative. He was also instrumental in the completion of the Eccles Wildlife Education Center, which provides a place for wildlife enthusiasts of all ages and interests to expand their understanding of wetlands and hands-on, active wildlife management. Fowlks also worked to improve coordination and collaboration with the local agriculture community.

"I have thoroughly enjoyed my 27 years at the division and consider all my colleagues an extended part of my family," Fowlks said. "We have accomplished many great things for fish and wildlife during my time at the division, and I'm very proud of that. Being able to help manage the wildlife in Utah has been a highlight of my life."

Fowlks received his bachelor's degree in zoology and animal biology from the University of Utah. He also graduated from the FBI National Academy for Law Enforcement Administrators and the National Conservation Leadership Institute.

"Mike has played a vital role in the division's effort to enhance wildlife conservation statewide," Utah Department of Natural Resources Director Brian Steed said. "He has accomplished a lot of great things during his time at the division, and we are grateful and appreciative of his hard work."