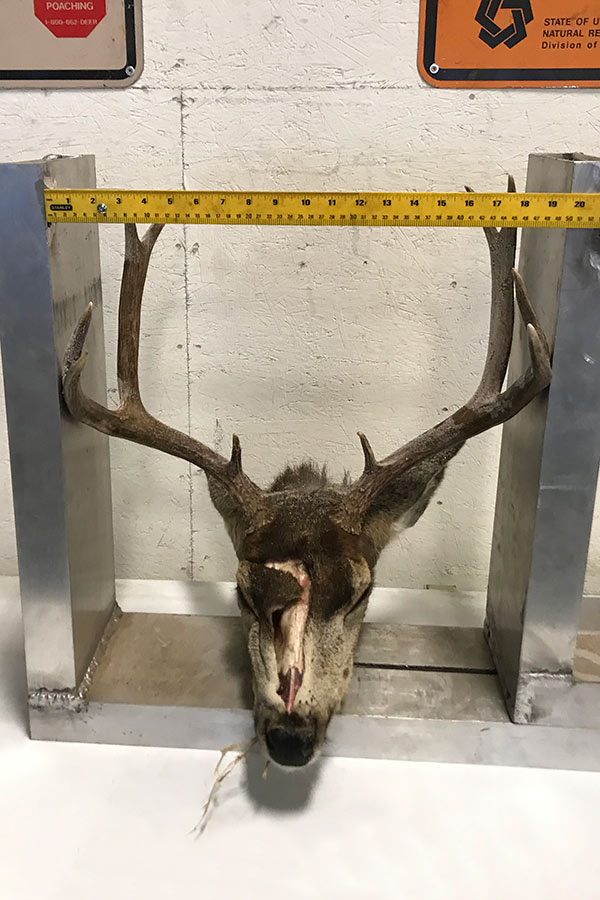 Salt Lake City — An East Carbon man was recently charged in connection with the illegal killing of a 19-inch buck deer.

Jesse Davis, 36, of East Carbon, was charged in Carbon County's 7th District Court with wanton destruction of protected wildlife, a class A misdemeanor, on March 27. His initial court appearance is scheduled for June 15.

Utah Division of Wildlife Resources conservation officers received a call from a concerned citizen on Jan. 24 about a possible deer poaching in East Carbon. After further investigation, a DWR officer and an East Carbon Police Department deputy went to the home of an acquaintance of Davis and found the head of the deer in the homeowner's yard. Davis later arrived at the home and led the officers to the carcass of the buck deer, which was in a small ravine approximately 375 yards from the home.

During an interview, Davis told officers he had shot at the deer, trying to scare it away from eating his hay bale on a trailer, but claimed that he did not hit it. Evidence showed the deer had been shot on or around Jan. 17, which is not deer hunting season in Utah. While the DWR offers depredation permits to landowners so they can decrease wildlife damage to crops, Davis did not have a permit.

"We would like to thank the public for continuing to use the UTIP hotline to report illegal and suspicious wildlife activity," DWR Law Enforcement Chief Justin Shirley said. "These tips greatly assist our officers and provide valuable information we need to investigate these cases. These reports can also be submitted online, and requests for confidentiality will be honored."

If Davis is convicted, due to the nature of the incident, conservation officers will also recommend a hunting license suspension.