Utah Division of Wildlife Resources conservation officers received a report of the illegal activity on Oct. 21, 2018, through the UTIP hotline. Organizers of a two-day Lake Powell largemouth bass fishing tournament noticed that some fish turned in by Dennett and Wootton looked much different from the other bass being turned in during the tournament.

"Some of the largemouth bass they'd turned in had little heads and fatter bodies, indicating a different diet than the fish at Lake Powell, which were more lean," DWR Lt. Paul Washburn said. "The fish also had red fins, which indicated they had undergone some stress."

A prize of $2,500 would be awarded to the team who turned in the five fish with the highest total weight at the tournament. These fish put the men in second place after the first day of the tournament, and also gave them the prize of the overall biggest fish. Due to the suspicious nature of the fish that were turned in, the men were disqualified from the contest. DWR conservation officers had the fish tested at a University of Utah lab, along with fish caught in Lake Powell, and were able to determine that the suspicious fish had been caught at Quail Creek Reservoir.

During the investigation, conservation officers also learned that the men had taken first, second or third place at eight other bass fishing tournaments earlier that year. 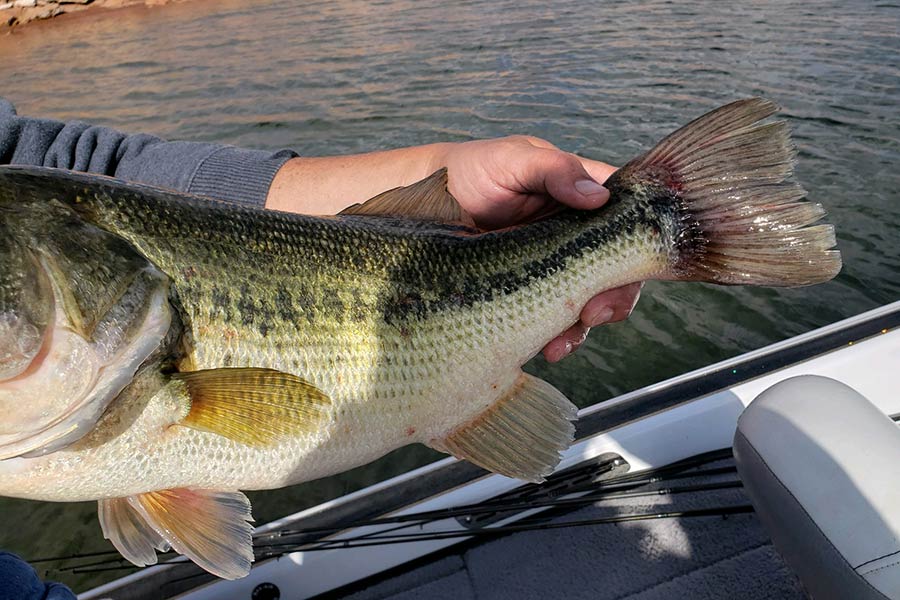 "Illegally moving and introducing fish into different waterbodies can cause a lot of damage to that fishery," Washburn said. "In this case, there were already largemouth bass at Lake Powell, but you can still run the risk of introducing disease and causing other issues whenever you move fish illegally. We continue to be grateful for those vigilant Utahns who report suspicious wildlife-related activity to our poaching hotline."

By Utah law, it is illegal to transport live fish to other areas of the state without the proper certifications, and can result in a class A misdemeanor.

Dennett and Wootton have an initial court appearance scheduled for June 4.