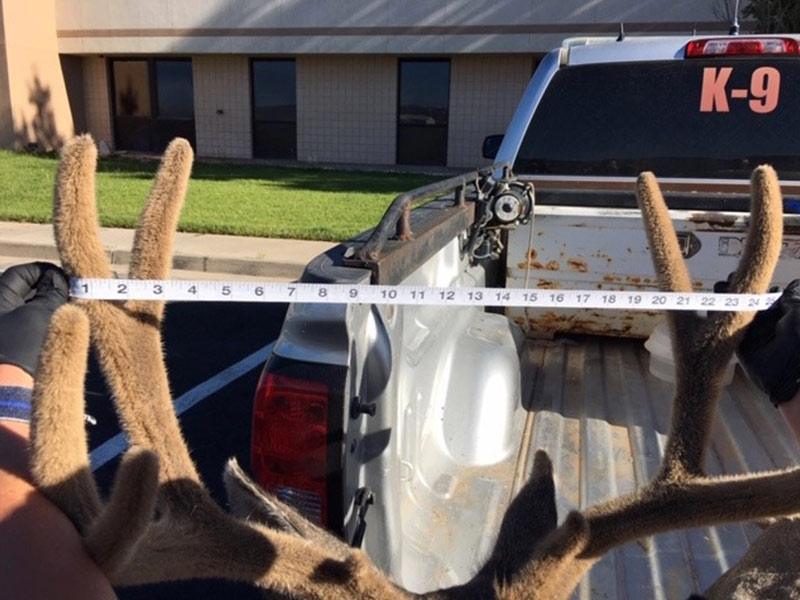 Salt Lake City — A preliminary hearing has been scheduled for a Washington County man in connection with the 2019 poaching of a trophy buck deer in Iron County.

Ethan Lebaron, 29, was charged in Fifth District Court with wanton destruction of protected wildlife, a 3rd-degree felony, and with a tagging requirement violation, a class B misdemeanor, on Nov. 15, 2019. Charges are still being screened for two men who were with Lebaron at the time of the incident.

Lebaron had his initial court appearance on Feb. 4, and a preliminary hearing is scheduled for March 24 in Iron County's Cedar City District Court.

During the investigation of the incident, Utah Division of Wildlife Resources conservation officers discovered Lebaron used archery equipment and a spotlight to shoot and kill a buck deer near Quichapa Canyon in Iron County about 10:30 p.m. on Aug. 20. A witness saw the spotlights in the dark and because the archery deer hunt was taking place, the witness worried that illegal hunting was occurring and called the UTIP hotline.

Two conservation officers arrived at the scene and located the three men and the dead deer. The deer was seized, but because it had not been field dressed, the meat had spoiled and was unable to be donated.

Because the buck's antlers measured at 24.5 inches, killing it was a felony-level offense. The minimum restitution for illegally killing a trophy mule deer in Utah is $8,000, per state law. Due to the nature of the incident, conservation officers are also recommending a hunting license suspension.

"We would like to thank the public for continuing to use the UTIP hotline to report illegal and suspicious wildlife activity," DWR Law Enforcement Chief Justin Shirley said.