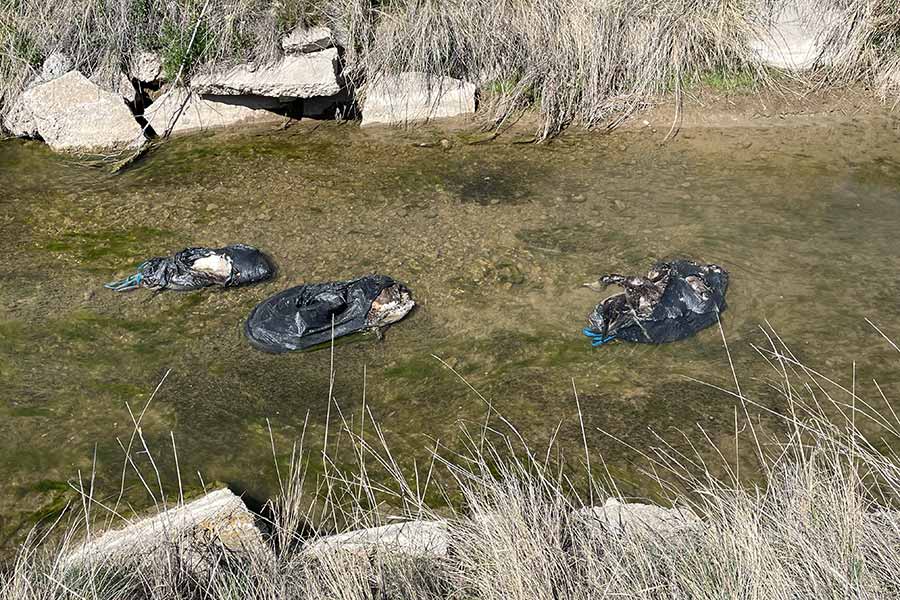 DWR conservation officers received a report of the geese through the UTiP hotline on April 21. Officers responded and located the geese in trash bags floating in a canal near 2000 West and 4000 North in Farr West. All 27 geese were still fully intact with no attempt made to remove the meat. This violation is a misdemeanor charge.

Upon further investigation, officers discovered the geese had been shot with shotguns. However, it’s unclear whether the geese were shot during the waterfowl hunting season or afterward.

Anyone with information regarding the illegal killing of these geese, or any other wildlife-related crimes in Utah, is encouraged to report it to DWR conservation officers in one of the following ways:

If you have information about this specific case, you can also contact DWR Conservation Officer Brooklyn Evans at 385-290-5754. Rewards are available, and requests for confidentiality are respected.

Every year, Utah conservation officers conduct numerous investigations into the illegal killing of wildlife. In 2021, officers confirmed 1,153 animals were illegally killed valued over $610,000.