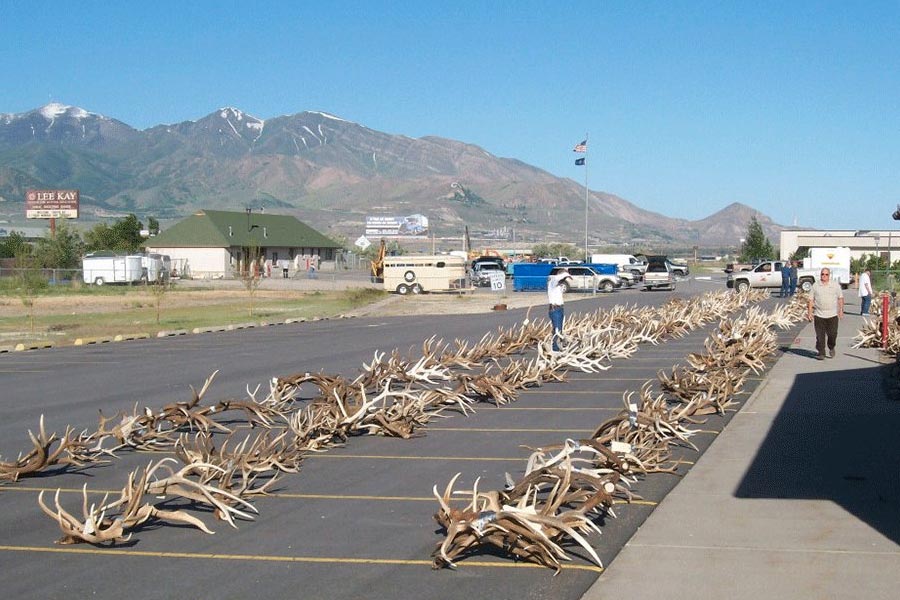 Antlers, furs of illegally killed wildlife in Utah to be sold at auction

Salt Lake City — An auction will be held later this month to sell hundreds of antlers and furs that Utah Division of Wildlife Resources conservation officers have seized during poaching investigations or otherwise got possession of during the past six years.

A public preview for the auction will be held on Monday, April 25, from 2–6 p.m. at the Lee Kay Public Shooting Range at 6000 W. 2100 South in Salt Lake City. The public is invited to do a walk-through to see the hundreds of antlers, dozens of bobcat furs and various other items — including some forfeited bows and traps — that will be auctioned.

These auctions have been happening for several decades, and are typically held every four years. However, this one was postponed due to COVID-19 concerns. The last antler auction was held in 2016.

The antlers will be sold by "lot," which may consist of one set of trophy-sized antlers or numerous small sets of antlers. Some of the antlers are individual antlers, but most are attached to the animal skull. The majority of the antlers are from deer and elk, but there are also antlers and horns from moose and pronghorn. Some taxidermy mounts will also be included in the auction.

Many of the items in the auction were seized as evidence during poaching investigations, and the individuals were court ordered to forfeit the items. Some of the antlers were taken from roadkill animals that were hit and killed by vehicles. All of the money raised from the auction goes toward funding wildlife conservation in Utah.

"It is quite a sight to see all of these antlers, but the sad reality is that the majority of them are evidence of illegally killed wildlife," DWR Capt. Chad Bettridge said. "Poaching steals that opportunity away from law-abiding hunters and other wildlife enthusiasts to enjoy these animals. On average, each of our conservation officers covers around 1,500 square miles in their patrol area. We need the public's help in enforcing wildlife laws, which help to maintain healthy wildlife populations for future generations to enjoy."