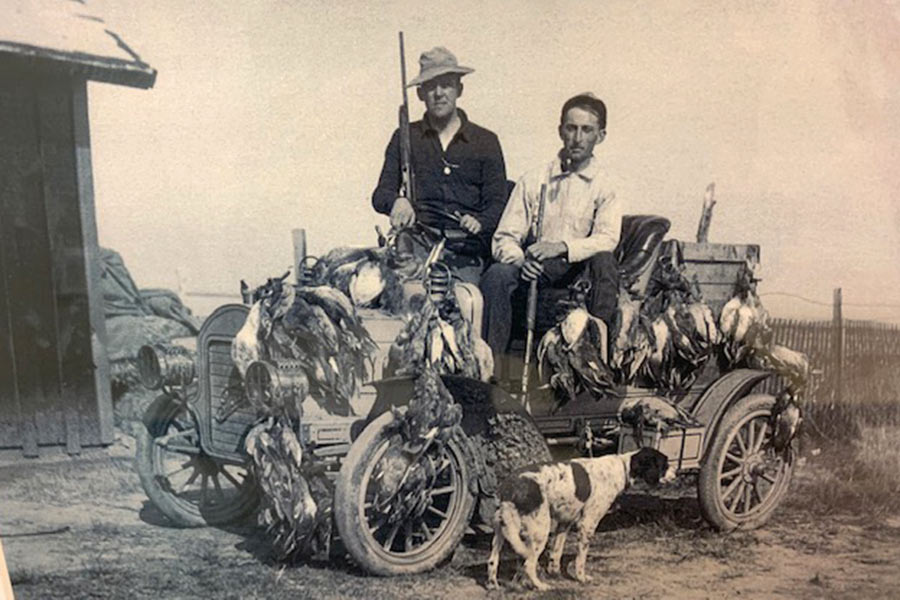 Salt Lake City — The Utah Division of Wildlife Resources law enforcement section has seen various changes during its 125-year history, but conserving Utah's fish and wildlife species — and enforcing the laws that protect them — has continued to be the top priority since the first game warden took office in Utah in 1896.

While pioneers entered the Salt Lake Valley in 1847, formalized legislative action to protect fish and wildlife wasn't enacted until 1853 when the Legislative Assembly passed a fishing-regulation act to prevent overharvesting of fish. Legislators appointed the first county fish commissioners in 1874 as administrators of the fish laws and to enact protection for game birds and songbirds. The first "fish commissioner for the Territory of Utah" was appointed in 1876, and John Sharp was appointed as the first "state fish and game warden" in 1896 after Utah became a state.

Sharp worked to enforce the regulations that had been implemented to protect fish and wildlife species in the state. In 1909, the law enforcement officers were split into six districts across the state, each of which was overseen by a "district warden."

"The enforcement of the Fish and Game laws is in the hands of the chief deputy, chief district wardens and also the county wardens, who are men that are energetic and upright," State Fish and Game Commissioner Fred Chambers said in a 1915–1916 report to the Utah governor. "Their duties do not end at any stated hour of the day, but they are on duty day and night, Saturdays, Sundays, and holidays being their busiest days. To enforce the law without fear has always been their object."

Wildlife regulations and the enforcement of those regulations help maintain healthy fish and wildlife populations for people to enjoy for generations. Before Utah implemented its first hunting regulations, native elk in the state had nearly been eliminated — except for one small isolated herd — due to overharvest from hunting. Hunters, ranchers and other interested parties worked with the state wildlife agency to relocate 155 elk from Jackson Hole and northern Yellowstone to Utah. The imported elk flourished, and their numbers quickly grew. Currently, there are approximately 80,000 elk in Utah.

"Our officers are out every day protecting Utah's wildlife and keeping those who enjoy Utah's outdoors safe," DWR Lt. Chad Bettridge said. "The various duties and tasks of a conservation officer are innumerable, and each day is different. Our officers are men and women of courage who have great passion for Utah's wildlife and outdoors. We are very appreciative of the generations of conservation officers whose work has had significant impacts on the current quality of life and natural resources that we enjoy in the state."

Conservation officers enforce wildlife laws and ensure compliance with those regulations, educate and protect the recreating public, and work to promote the value of wildlife for everyone in Utah. As fully certified state law enforcement officers, DWR conservation officers increasingly respond to non-wildlife-related criminal code violations and are often requested to assist local law enforcement agencies. Some of their job duties include:

As part of its 125-year history, the DWR started a successful K-9 program in the 1990s to incorporate trained dogs to assist with investigations. However, funding for the program discontinued and the program ended in 1995. In 2017, renewed interest allowed the program to begin again, and the DWR purchased and trained a dog. Currently, each of the five regions across Utah has a trained dog and handler. 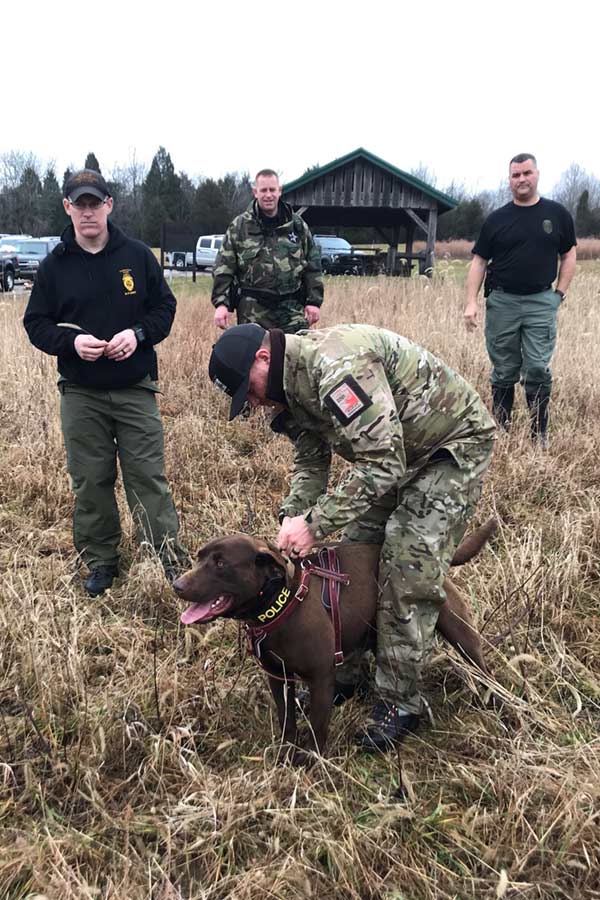 "Our K-9s have been certified and trained to detect various wildlife species, including big game, waterfowl, upland game, fish, cougars, bears and various furbearer species," Bettridge said. "The dogs can smell the odors of those animals and fish in vehicles, buildings or containers. Our K-9s are also tracking dogs and can locate items with a human odor on them, such as firearms, knives, cameras or other lost or discarded items. This ability has been helpful not only in investigating poaching cases, but also in assisting in search and rescue situations to find lost hikers and to help other law enforcement agencies locate evidence."

"My favorite part about being a conservation officer is going on patrols and being able to interact with the public," Bettridge said. "I love to see people enjoying Utah's outdoors and to hear their hunting and fishing stories. Sometimes people make mistakes or make bad decisions, but for the most part, the people who are out hunting, fishing and enjoying the state's wildlife and nature are doing everything they can to help the wildlife and wild places remain healthy and protected."

To learn more about Utah's conservation officers or to assist them by reporting any wildlife-related crime, visit the DWR website.