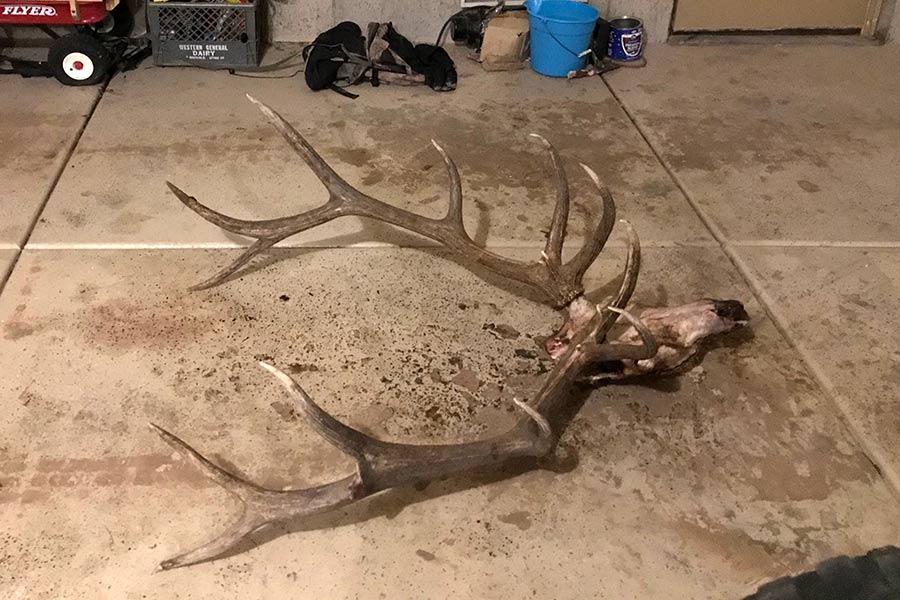 Salt Lake City — A Cedar City man was recently charged in connection with illegally killing a trophy bull elk in 2019.

The man was charged in Iron County's 5th District Court with wanton destruction of protected wildlife, a third-degree felony, in September. His initial court appearance is scheduled for later this month.

DWR conservation officers received information about the incident through the UTiP hotline on Nov. 28, 2019. The tip included details about a trophy bull elk that had been poached a few months earlier. A few weeks later, the officers served a search warrant at the home of the man who'd been identified as illegally killing the elk.

During the search, they discovered the bull elk in the garage of the home. After interviewing the man, officers learned that he'd killed the elk on Sept. 7, 2019, in the southwest desert of Hamblin Valley, near the Beaver/Iron County border. He shot the bull elk with archery equipment after dark, which is illegal. He also didn't have an elk permit at the time of the incident. The bull elk was a 6×6, making it a trophy animal.

"We really appreciate the public's assistance in reporting illegal wildlife activity," DWR Conservation Officer Kody Jones said. "It greatly helps us in protecting Utah's fish and wildlife, and in upholding the laws that help manage and maintain healthy populations."

If the man is convicted and sentenced, he may be eligible for a hunting license suspension.