Catching tiger muskies is one thing. Letting them go is another.

Drew Cushing, aquatic section chief for the Division of Wildlife Resources, provides the following tips to help ensure that tiger muskie caught by anglers will live once they're released. 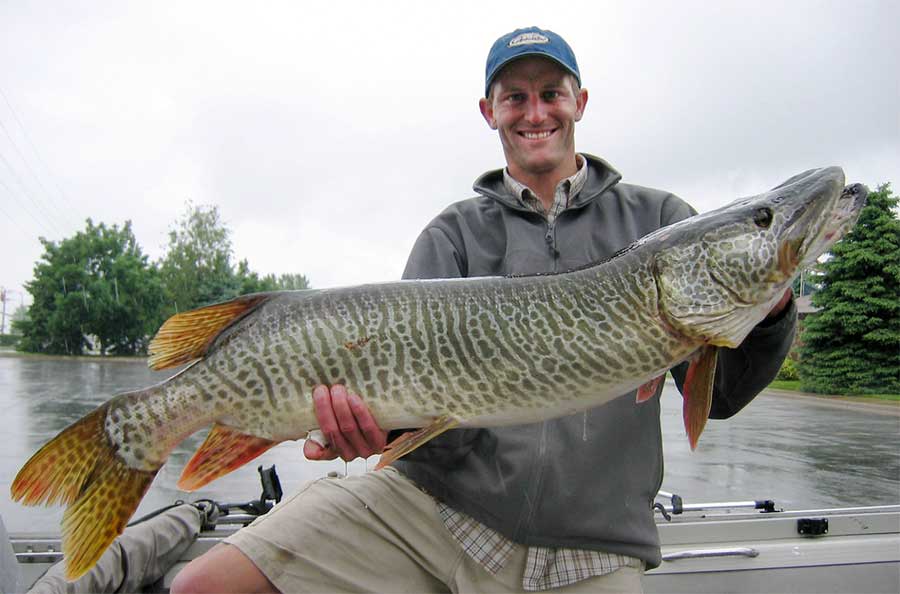 The keys to landing a muskie are to bring the fish in quickly and to leave it in the water.

"Bring the fish to the side of the boat as quickly as possible, so it doesn't get too exhausted," Cushing notes. "This is especially important during warm weather."

For most anglers, the easiest way to land a muskie is with a good-sized landing net.

"Do not bring the fish into the boat," he stressed. "A fish flopping around in the bottom of a boat can be seriously injured."

For smaller muskie, those 30 inches or less in length, anglers should grab the fish by the tail and turn it sideways. This will disorient the fish, making it easier to unhook.

Grip the fish over the top of the gill plates, remembering not to squeeze too hard, and remove the hook.

Tiger muskie more than 30 inches long should be given time to calm down. Anglers may wish to wear leather or rubber gloves, but shouldn't rely on a thin, surgical gloves.

"The next step is to slide your fingers under the gill cover, with your thumb on the outside," Cushing suggests. "Move your hand forward, getting a firm hold of the gill plate.

"Do not grab the fish's gills, as they can be easily torn, causing a fatal injury," he warned.

Keep the fish in the water while unhooking. Use long-nosed pliers to remove the hooks. 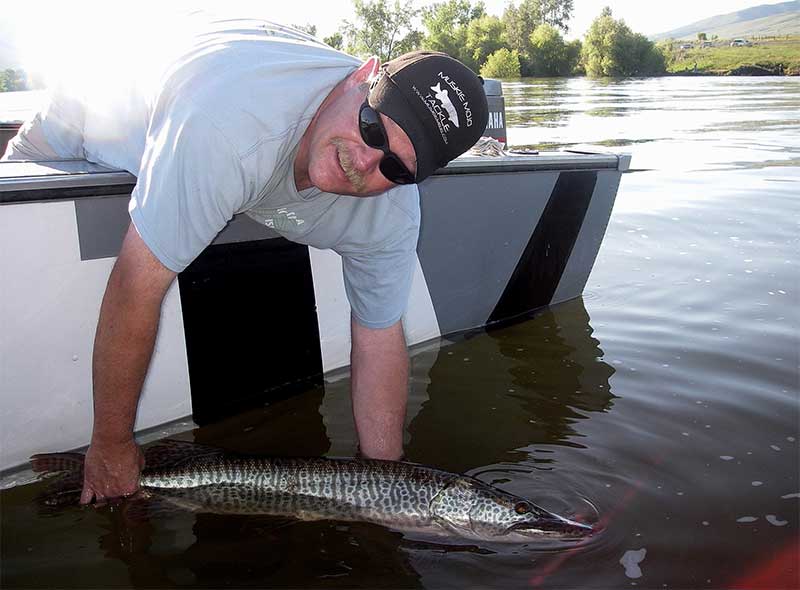 If the hooks are in a spot that will cause serious injury, such as the gills or in tough bony tissue, it's better to cut the hook off using heavy-duty wire cutters. If the fish is deeply hooked, use jaw spreaders to hold the mouth open while you unhook it.

"It's much easier to measure your catch if you have someone to assist you," Cushing observes.

Keep the fish in the water and lay a ruler along its side. To obtain the fish's length, measure from the tip of the snout to the tip of the tail. Then use a flexible measuring tape to measure around the body (girth) at the widest point.

If you have a scale and want to weigh the fish, either weigh it in the net or in a wet, lightweight sack. Do not hook the fish under the gills and hold it up vertically — that type of handling can cause serious internal injuries.

Cushing says that it's best to take a picture while the fish is in the water.

If you do decide to bring the fish out of the water, hold it by the gill cover with one hand and support the belly with the other hand. Take the first picture within four feet of the fish and move back slowly, taking more pictures if desired.

"Never keep the fish out of the water more than 30 seconds," he says.

Hold the fish horizontally in the water until it can easily swim away. With a larger fish, you may have to support the body by holding the head and the belly.

By following these tips anglers can help assure Utah's tiger muskie will continue doing what they do best — controlling panfish populations and providing anglers some great fishing thrills.