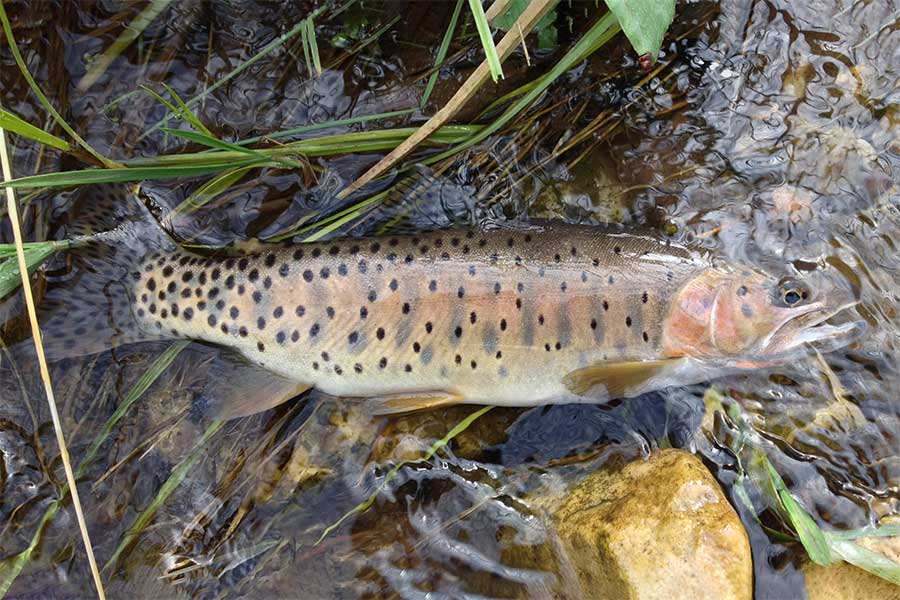 Conservation often looks quick and glamorous in movies and social media posts. Scenic shots and time-lapse videos are great for storytelling, but real conservation work is neither quick nor glamorous. It takes time, patience and hard work from so many people. And not just weeks or months of work — sometimes it takes decades.

One of those long-term, multi-partner efforts — a successful Bonneville cutthroat trout conservation project in northern Utah — recently received attention in Conservation Science and Practice, a journal of the Society for Conservation Biology. (If you know any biologists or researchers, then you know that getting an article or paper published is the academic equivalent of winning a playoff game.) Those of us who worked on the project were very excited!

One of the coolest things about this project was our extensive partnership. Everyone worked together toward a single, common goal: to conserve Utah's native trout.

But we're not the only ones who are excited. Our project has thrilled anglers who love to catch native cutthroat trout in the Logan River drainage. To understand why they're so happy now, it helps to understand how far we've come.

The Bonneville cutthroat trout has distinctive coloration and is Utah's state fish.

The cutthroat trout is the only trout native to the State of Utah. That means it was almost certainly the only trout species present in the area's streams and lakes before the arrival of white settlers in the 1800s.

With widespread settlement came other trout species, like brown trout. These new trout were eventually stocked across the state, increasing fishing opportunities and adding variety for anglers.

However, some unanticipated circumstances occurred, including competition with native trout for limited resources (like food and space). Predation was another result, as the newly introduced brown trout began eating the native trout.

There have been additional threats to the cutthroat trout, but this story has more to do with the effects from non-native trout, so we'll focus there.

They also started looking for opportunities to increase the number of populations and to boost cutthroat numbers in the places where they still existed. Both efforts would help the subspecies and hopefully prevent federal listing under the Endangered Species Act.

These efforts led to the development of a conservation agreement among state and federal management agencies, universities and other interested parties. The agreement outlined the actions needed to preserve the Bonneville cutthroat trout and to help prioritize conservation activities.

In 1999, Paul Thompson, a biologist with the Utah Division of Wildlife Resources (DWR), visited 40 locations (32 different tributary sites and eight on the main Logan River) and found cutthroat trout at 22 of the locations.

Then, in 2001, Dr. Phaedra Budy, a professor at Utah State University, began regular monitoring of the fish communities at several locations throughout the Logan River drainage. Each year, researchers with Dr. Budy's Fish Ecology Lab electrofished these monitoring sites to track the species, numbers, sizes and health of the fish they captured.

They quickly realized that one of the most productive tributary streams in the drainage, the Right Hand Fork, was dominated by brown trout. In fact, the brown trout in this stream were suspected to be the main source of brown trout in the lower sections of the Logan River. 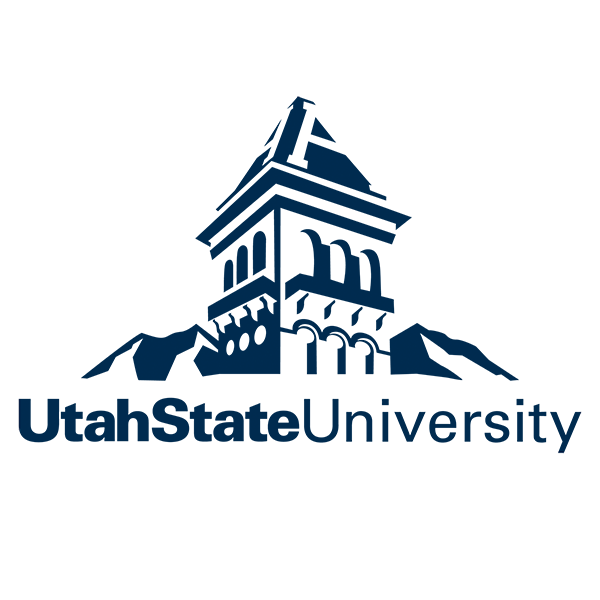 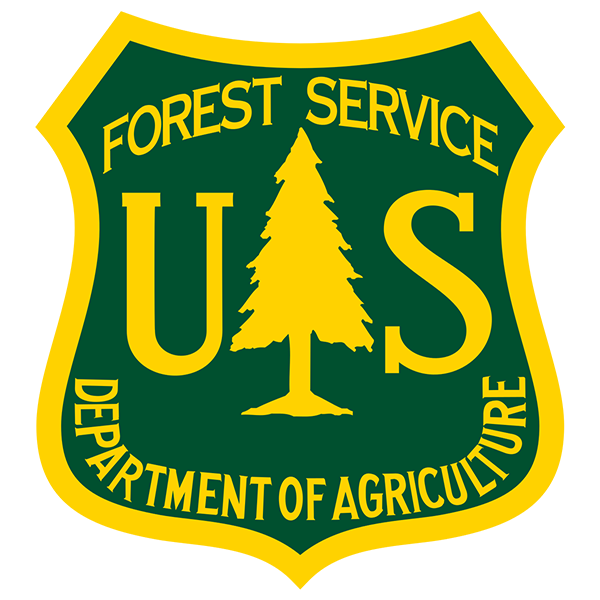 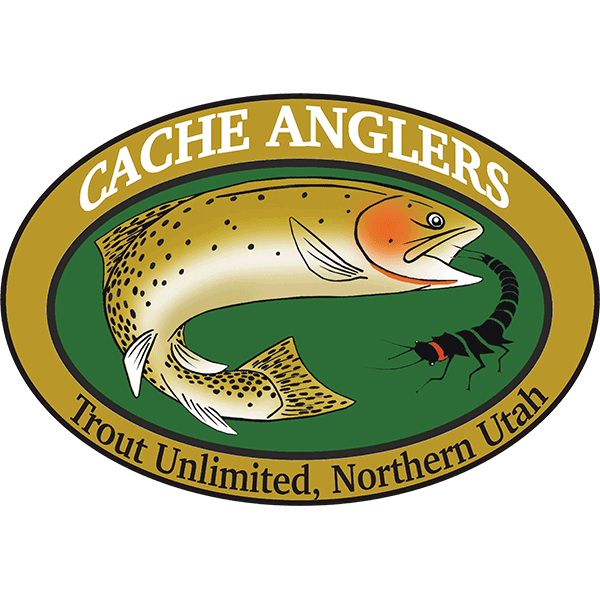 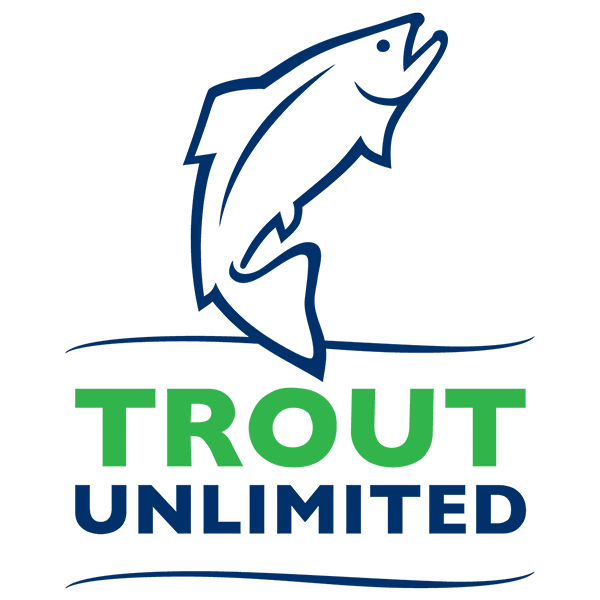 Many organizations helped ensure the success of this restoration effort.

After a few years of population monitoring, Dr. Budy proposed to the DWR, the U.S. Forest Service (USFS), and a local angling group (Cache Anglers, a chapter of Trout Unlimited) that the brown trout be removed from the Right Hand Fork of Logan River and replaced with Bonneville cutthroat trout.

After several years of outreach — which included presentations, meetings, discussions and extensive planning — our project eventually earned the public's support. We were able to move forward with brown trout removal and eventual cutthroat restoration.

Personnel from Dr. Budy's lab used electrofishing to stun, capture and remove thousands of brown trout in 2009 and 2010, but it was soon clear that the fish could not be completely eliminated with this technique.

The DWR and USFS then used heavy equipment to bolster two cascading waterfalls — making them higher and steeper — which turned them into fish-migration barriers. These projects would prevent brown trout from reinvading the Right Hand Fork from the Logan River.

Then, the DWR and USFS conducted two years of brown trout removal using rotenone in 2012 and 2013. Rotenone is a natural substance that comes from the roots of a tropical plant in the bean family. It's effective in removing fish, but isn't dangerous to people, pets or other wildlife, especially in the extremely low quantities that biologists use to treat the streams. 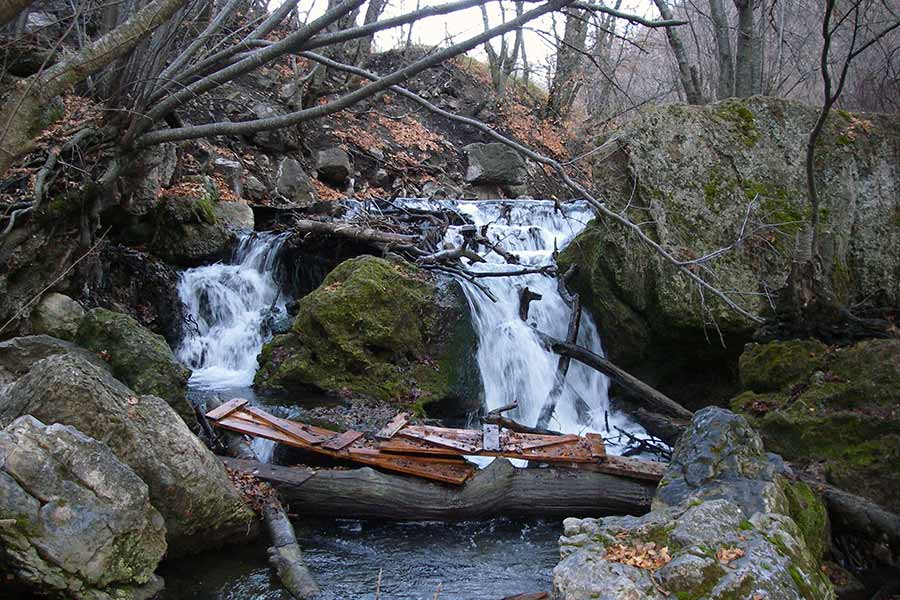 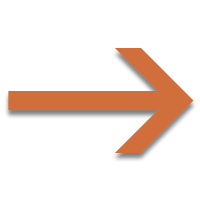 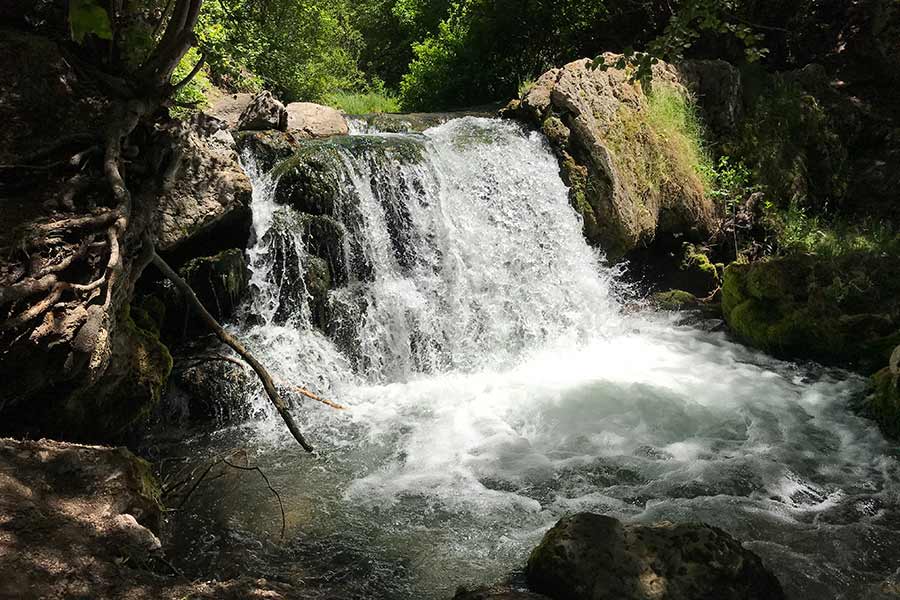 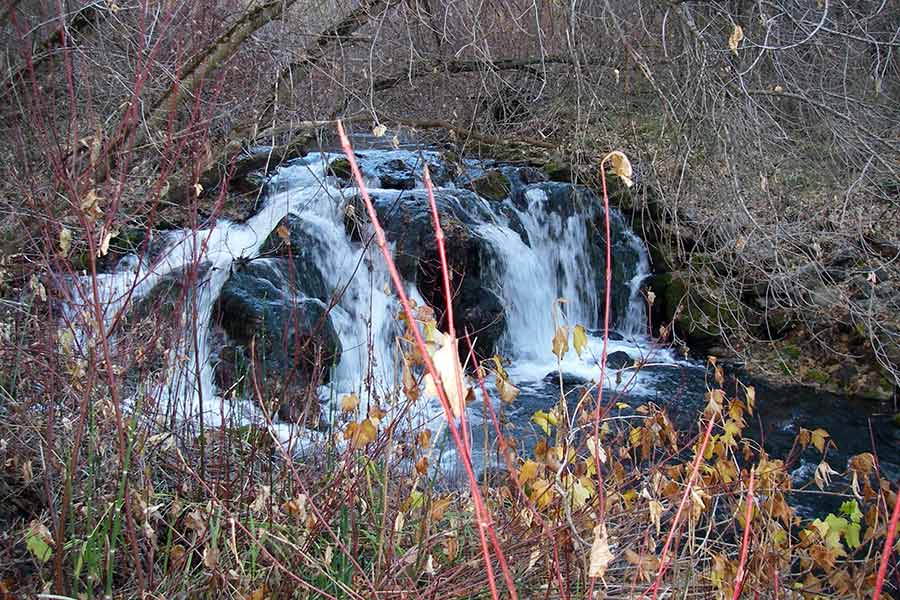 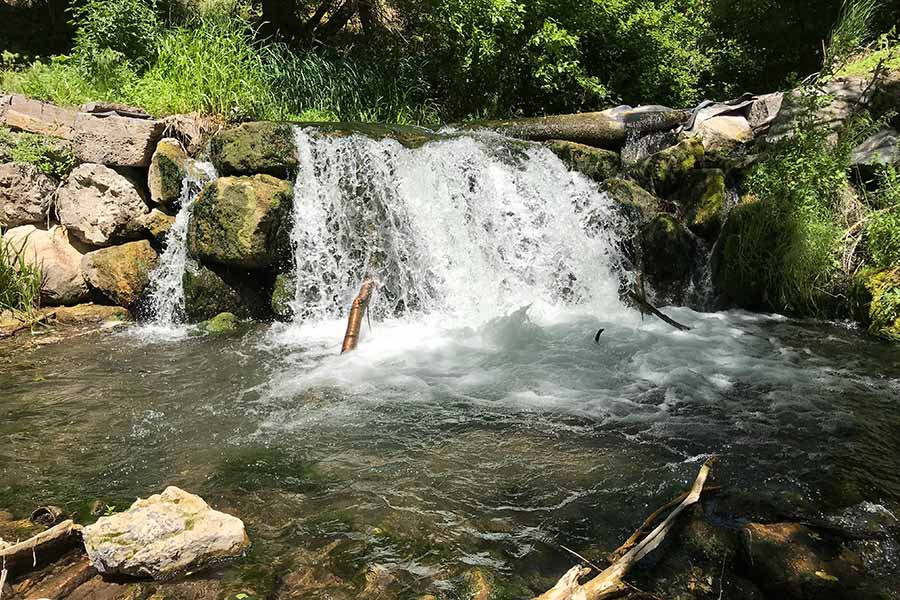 Here are the two cascading waterfalls we turned into fish-migration barriers.

At the same time, we started tackling one of our biggest challenges: how to get Bonneville cutthroat trout back into the Right Hand Fork.

Genetic work indicated that there were pure Bonneville cutthroat trout in the next drainage upstream (Temple Fork). However, the parasite that causes whirling disease is widespread in the Logan River and its presence prohibited us from moving live fish.

Fortunately, whirling disease is not transferred in eggs, so we decided to attempt the capture and spawning of cutthroat in Temple Fork. We went on many sampling trips during 2013 and 2014, but we finally collected enough eggs.

We sent the fertilized eggs to the Logan Hatchery, where they hatched and grew to about 2 or 3 inches long. At that point, we released them in the Right Hand Fork. This effort, in particular, would not have been possible without the large volunteer effort from Cache Anglers.

Possibly the biggest — and most important — question in projects like this is how long it will take for the native trout to become established. 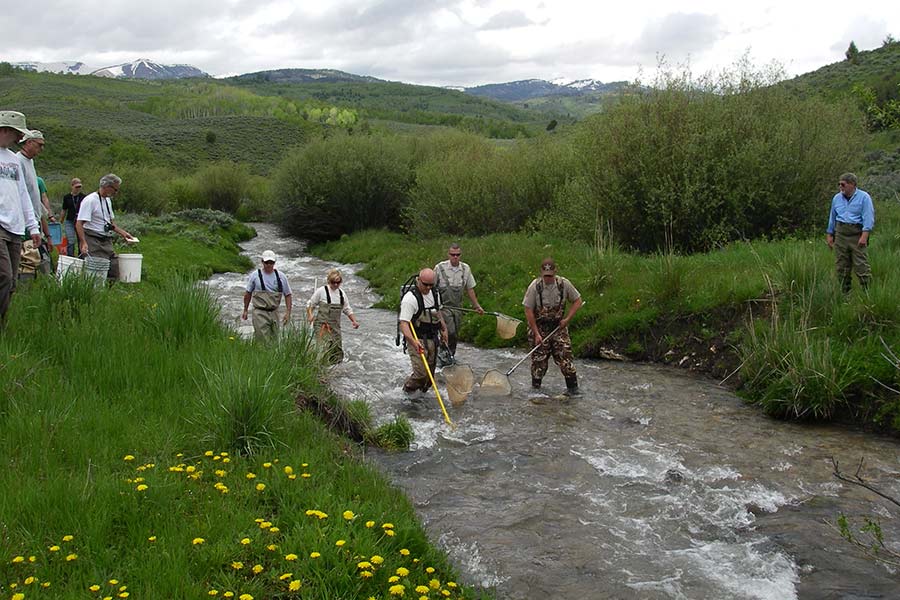 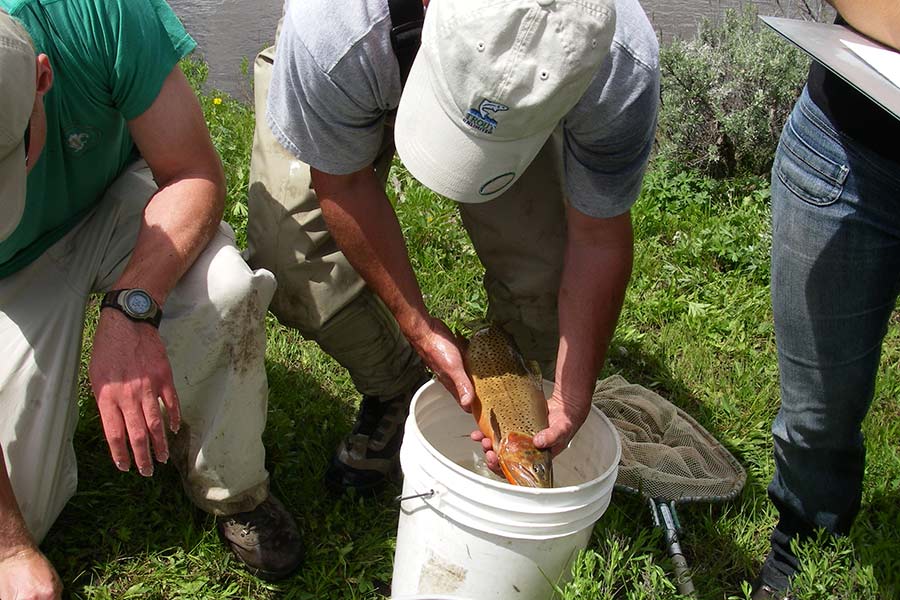 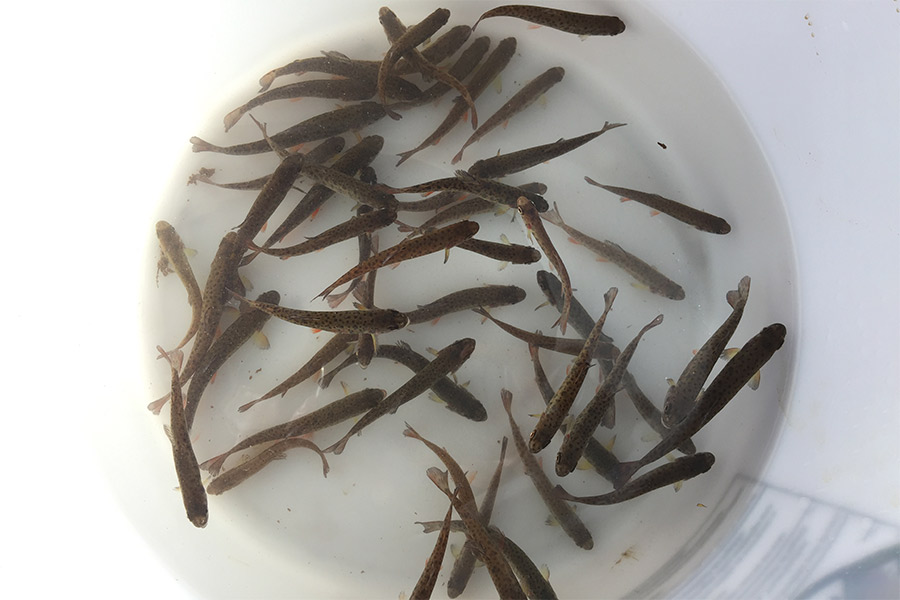 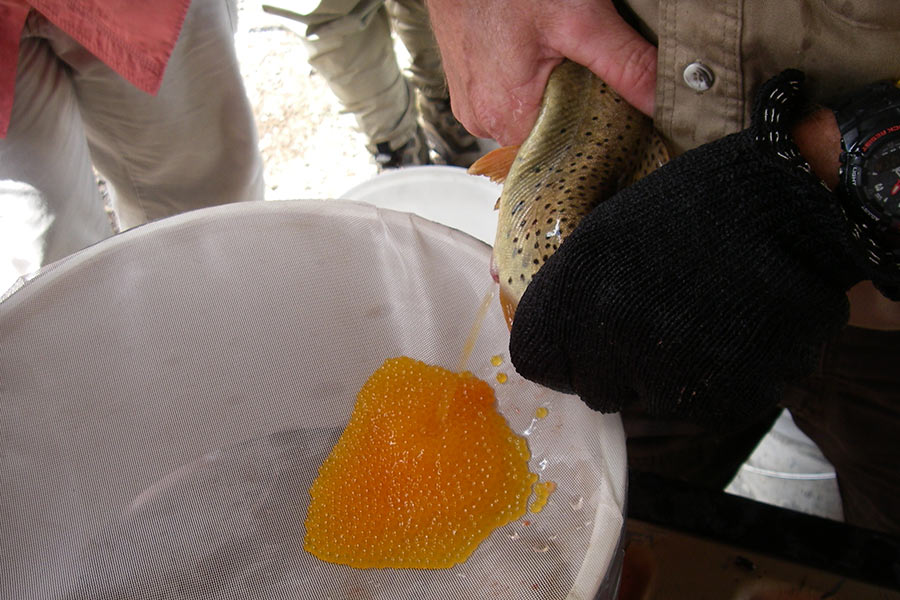 We collected eggs from the cutthroat trout in nearby Temple Fork and then stocked the resulting fish into Right Hand Fork.

Well, I'm thrilled to say we met our goals, and it happened much faster than we expected! In fact, when we sampled the cutthroat trout population in August 2014, the fish were already 6–9 inches long. (Remember, they were stocked at about 3 inches long in October 2013.)

The cutthroat spawned in Right Hand Fork in the spring of 2015 — less than two years after being stocked as baby trout!

The Fish Ecology Lab monitored the site annually and watched the population continue to thrive. By 2016, there were cutthroats 12 inches long! In 2018, I decided to add a DWR survey location about 1.5 miles downstream of the other monitoring site. That's where I found the highest density of cutthroat trout I have personally witnessed in 16 years as a fisheries biologist — more than 4,000 cutthroat per mile! That was incredibly rewarding. (Virtual fist pump!)

In a complete coincidence, I happened to take photographer/journalist John Zsiray, who was working at Logan's Herald Journal newspaper, with me that day. He did a story on the project, which really added to the serendipity of discovering such a robust and thriving cutthroat trout population. One of the photos John took that day is included below. 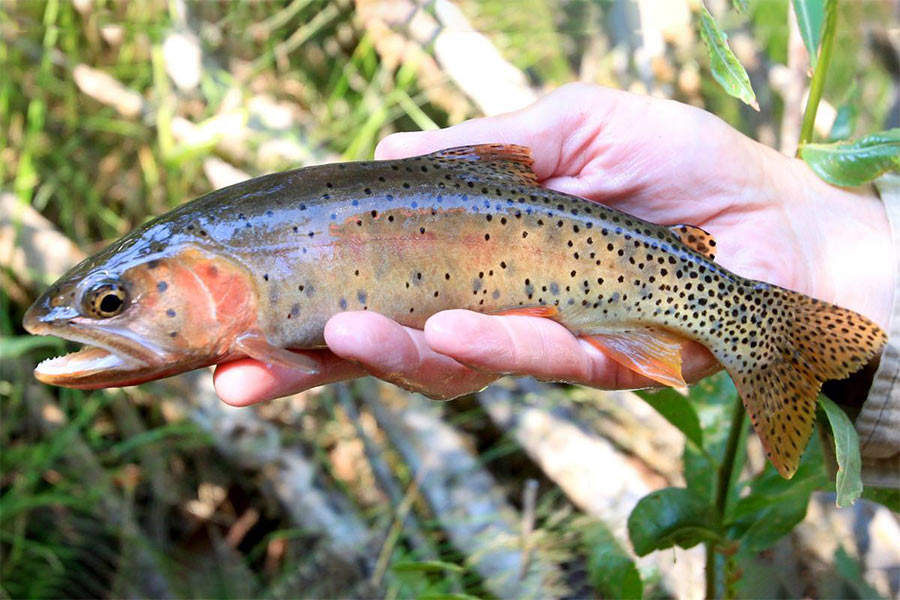 The Right Hand Fork project is one of the highlights of my career. All of the authors of the recent journal article — Phaedra Budy (USU, USGS), Tim Walsworth (USU), Gary Thiede (USU), Paul Thompson (DWR), Matt McKell (DWR), Paul Holden (Cache Anglers, TU), Paul Chase (USFS), and Carl Saunders (USU, USFS) — were heavily involved in this project, and all share in its success. In addition, there were numerous other individuals who participated, representing each of the four project partners and the general public.

To everyone involved: a huge THANK YOU for helping to make the Right Hand Fork a Bonneville cutthroat trout conservation success story! 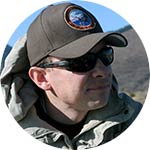