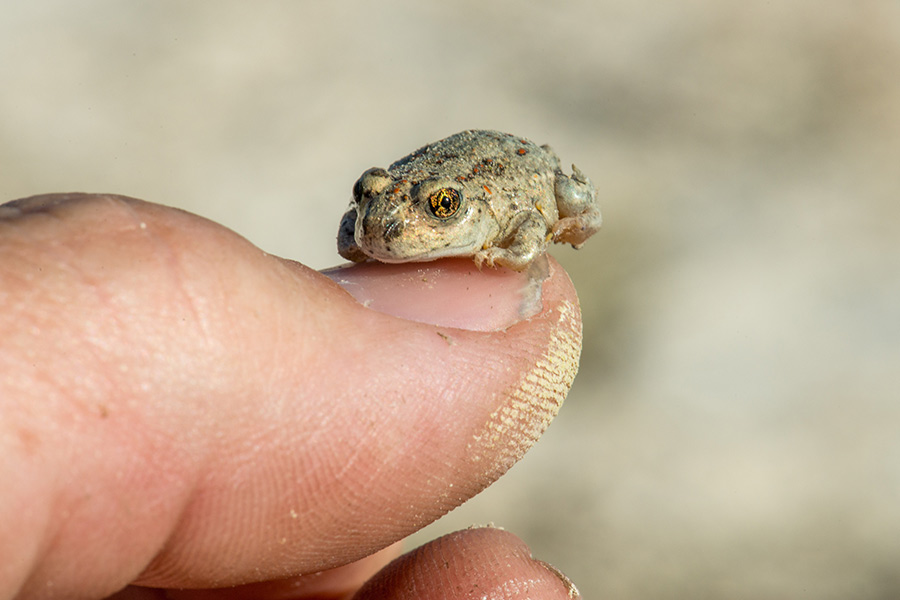 5 aquatic species you may not know live in Utah

Salt Lake City — Utah is home to a lot of unique wildlife species, many of which you may have seen while out hiking or camping. Last year, the Utah Division of Wildlife Resources highlighted five mammals and birds that Utahns may not have realized call the Beehive State home. Here are five aquatic species that you may not know also live in Utah.

If you happen to be in one of Utah's desert areas during a rainstorm, then you may get lucky enough to see one of Utah's most rarely encountered amphibians: spadefoot frogs (also often called spadefoot toads). These are small frogs that have a round, squat body and are often confused for toads. However, they have relatively smooth skin that is less like a toad and more similar to a frog.

The plains spadefoot is probably the least well-known of this species in Utah and is only known to be found in the extreme southeastern portion of the state in arid grasslands. It is most commonly observed crossing roads during rare rain events in these areas and in temporary pools and puddles that form after heavy rainfall.

Spadefoots will eat almost any insect, but termites are an important part of their diet. They can consume more than 50% of their body weight in a single night of feeding, and can eat enough in one evening to hold them over for more than a year while they wait underground for the rains to come again. All three of these species can wait years beneath the ground before emerging during a rainstorm to breed. They are known as "explosive breeders" because all the individuals in a local population will emerge on the same night to breed. It is possible to see and hear hundreds of spadefoots calling from a desert pool on one night, and then they will seemingly have vanished the next night.

"Along with being rarely seen, spadefoot frogs also have a few unique features," DWR Native Aquatics Coordinator Drew Dittmer said. "Plains and Mexican spadefoots have been documented to have skin secretions that irritate humans. At the very least, they can make you sneeze, at the worst, they can irritate any wounds or scratches that you may have on your skin. For most people, it is probably best not to touch them if you happen to see one, but it is OK to get really close for a good picture to document the sighting. Some researchers have documented that Great Basin spadefoots smell like peanuts."

If you happen to be in southeastern Utah when it's raining, please keep an eye out for these species and snap a picture if you do see one. Then you can upload these photos to iNaturalist, an app that logs the locations and species identification information of a variety of wildlife species, including amphibians. The DWR monitors the reptile and amphibian species observations that are added to iNaturalist, and the information is used to inform management and conservation efforts for the species. 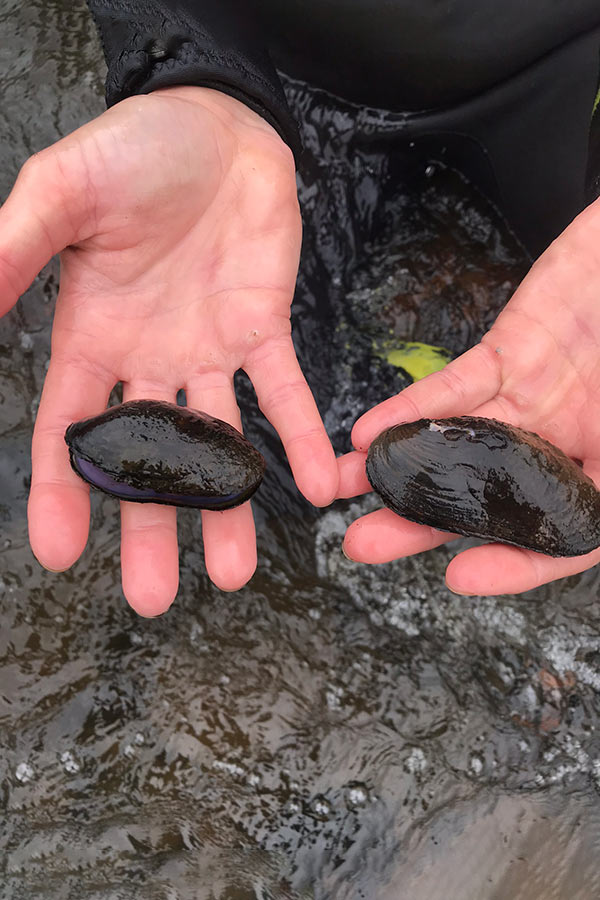 The Western pearlshell is a native freshwater mussel species that was historically found in only a few rivers and streams in northern Utah, but today, these mussels are only found in one stream in Summit County. Western pearlshells can be found in many western states, but their numbers have been declining in recent decades.

They eat a diet of tiny plants (phytoplankton) and animals (zooplankton) that they filter from the water. Western pearlshells are a long-lived species and have been known to live for 60–70 years!

"One interesting fact is that most freshwater mussels require a host fish to complete their life cycle," DWR Native Aquatics Biologist Kate Holcomb said. "Larval mussels are released from the female mussel's gills, and they must attach to the gills of a specific host fish in order to transform into a juvenile mussel. Once the transformation is complete, the juvenile mussels fall off the fish and begin their life burrowed among the rocks in the river. Western pearlshells typically use several species of trout and Chinook salmon as their hosts." 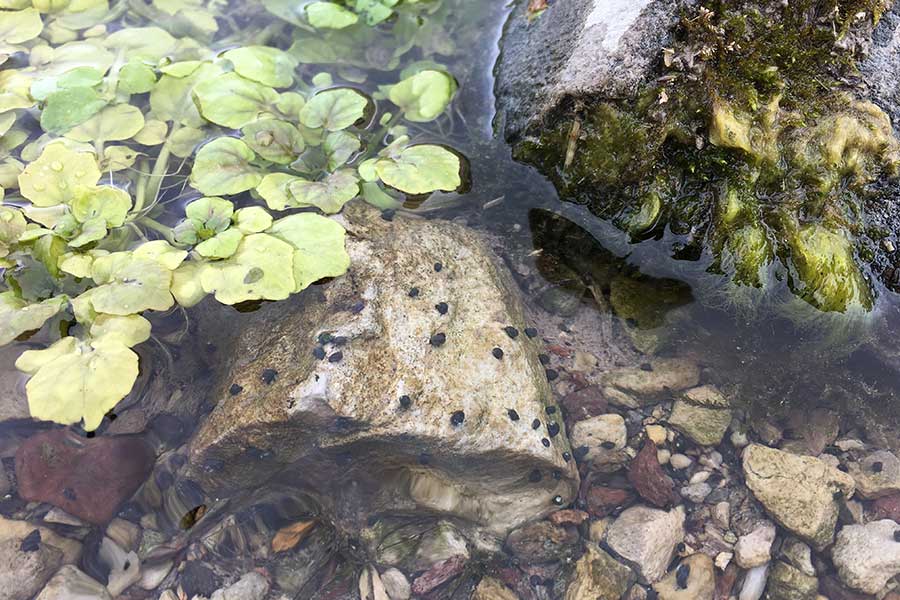 Springsnails are native snails found in springs — hence the name — located along the Wasatch Front and in the western part of Utah. There are 18 species of springsnails in Utah and they are believed to have a lifespan of about one year. They eat algae and other bacteria and microbe organisms that attach to rocks and plants in the springs.

"Many of Utah's springsnail species are only found in one spring and nowhere else in the world," Holcomb said. "They can be hard to find because they tend to be very tiny — less than 5 millimeters in size as adults." 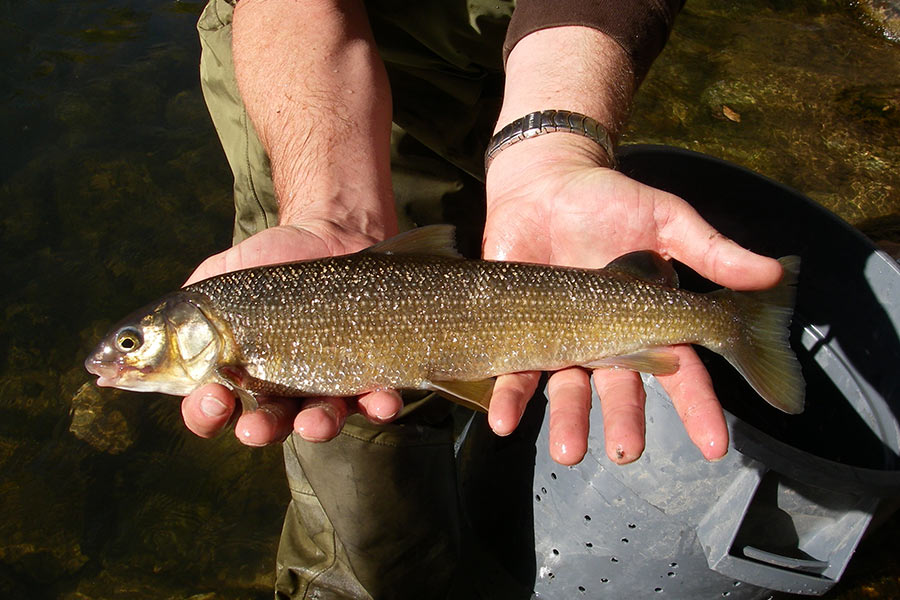 As their name indicates, this native fish species can be found in mountain streams throughout Utah. It is technically in the same family as trout, and as such, can grow to similar sizes as trout, reaching roughly 18–20 inches in length. They primarily eat insects and can live up to 17 years, with an average life span of 6–8 years.

"These fish can be 10 times more abundant than trout, yet many people don't know they are there and don't fish for them," DWR Sportfish Coordinator Randy Oplinger said. "They are particularly active in the winter, so they can be a great species to fly fish for during the winter months."

This native fish species is most notable because of its unique appearance. It has large, flaring frontal fins close to its head that give it the appearance of having a mane. Like the mountain whitefish, it can also be found in mountain streams throughout the state. Historically, there were three other native species of sculpin in Utah: Bear Lake sculpin, Paiute sculpin (which look very similar to mottled sculpin) and Utah Lake sculpin. The Utah Lake sculpin is now extinct. 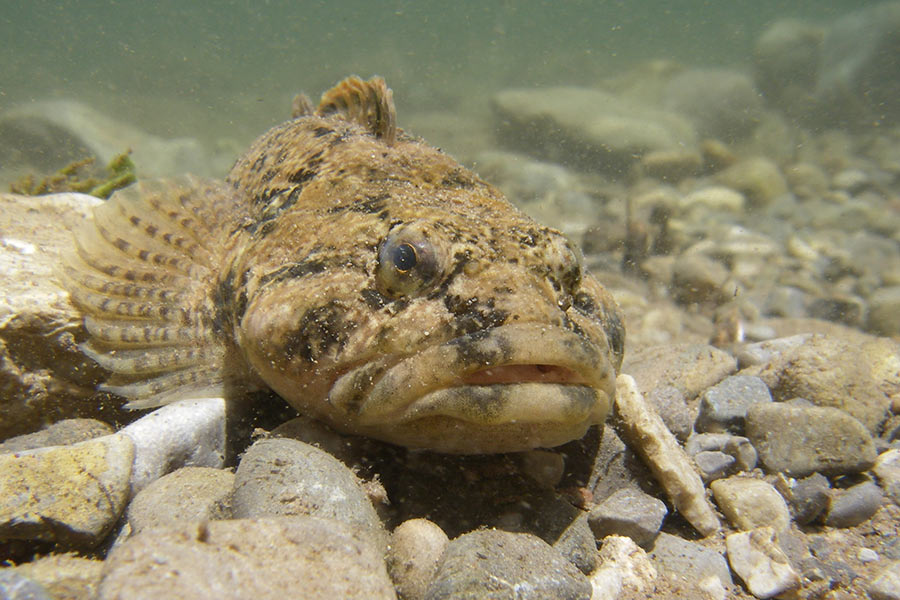 "Mottled sculpin are also extremely abundant, but many Utahns don't know they are in our state because they are quite small — usually just a few inches long — and they camouflage well so they can be hard to find. They change color to match their surroundings in order to hide from predators," Oplinger said.

These fish typically have a life span of 6 years and primarily eat insects.